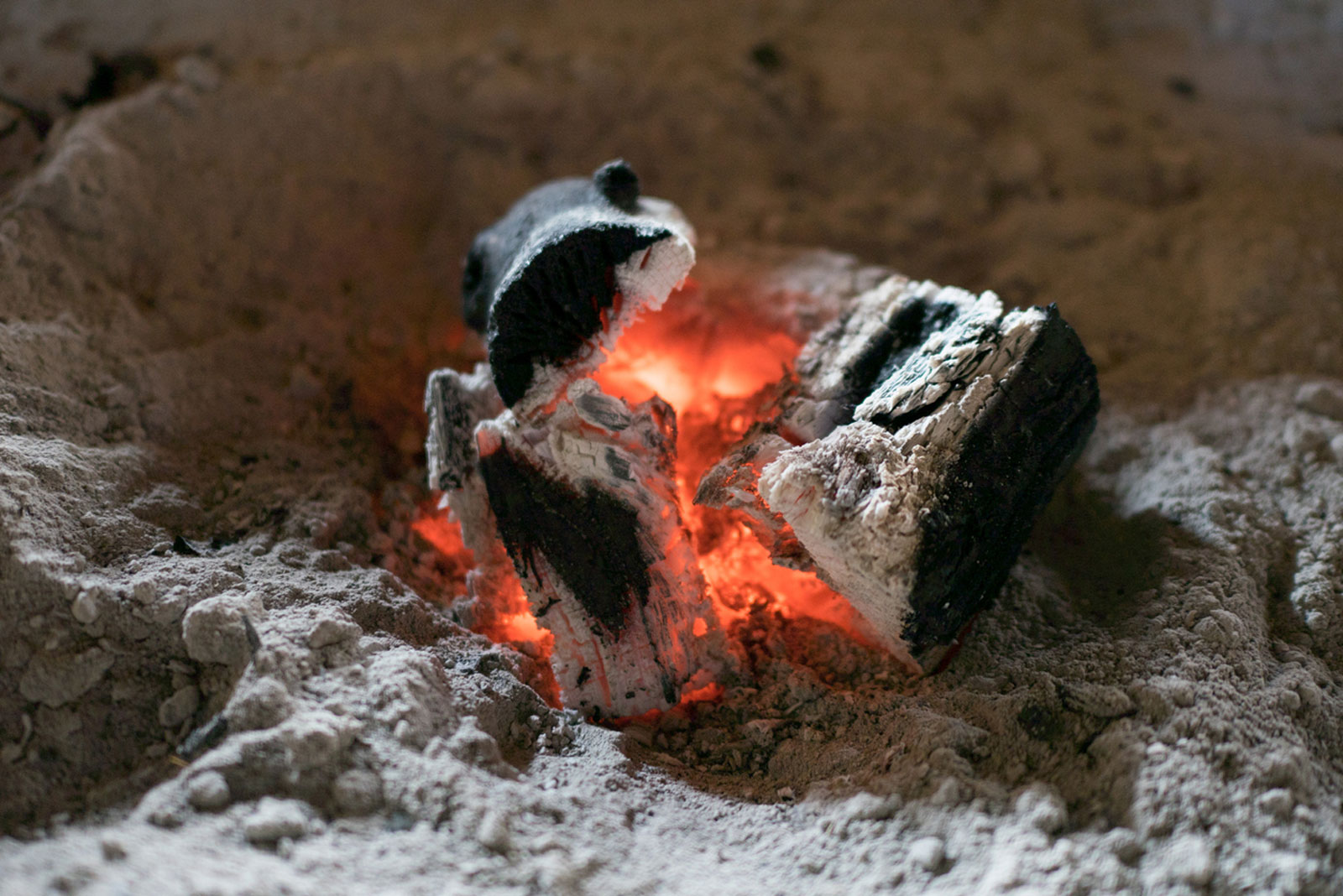 People thought they lived in a safe place. It all seemed perfect, at least this town seemed perfect. No mistakes, no disfigured buildings, no dismantled roads, no rambunctious and clamorous vagabonds moving about this street, no serial killers and drug lords, and no hold uppers. What is all the fuss about? It’s a safe place, of course, it’s a safe place when you have none of these factors that make a residence unsafe. Well, there was nothing to worry about, until he came to power, until his kingdom started to loom until he created an army of his own. No mistakes, no murderers, no burglars, only…ashes.

“Hey Richardson, c’ mere! Do the jiggle dance! Haha!” A large crowd had circled the playground of East King High School, Seattle. The main attraction was the new boy Keith Richardson, who was now surrounded by two rambunctious bullies, Troy and Powell. The audience felt the ambience of a savage incident of two huge gorillas towering over a deer. Troy leered over Keith, and now with a mocking smile, said, “Now if you don’t do the jiggle dance for us, you are dead Richardson. Get it, Richardson, you are dead, DEAD!!”. Keith said with determination, “NO, I WON’T! WHY IS IT YOU ALWAYS PICK ON ME!”. That was it. He had overstepped the line. Troy kicked at his groin and Powell punched him badly on the nose and the chest. Keith cried and bled. The audience booed and laughed. This was the audience. As long as it does not involve them, they will watch the fun and feel no remorse for the victim. After hitting him a good deal, Troy said, “Now Richardson, I repeat will you do the jiggle dance? Say yes or you die! SAY IT, PUSBAG! ELSE YOU LOSE ALL YOUR TEETH! AT THE SAME TIME ALL YOUR BONES, AND THEN YOU WILL BE A LUMP OF FLESH!”. Keith, however, stood his ground. He had enough of Troy and Powell. He cried, with his vocal cords tearing, “NO! NEVER! I’VE HAD ENOUGH!”. Saying so, he went to Troy and kicked him a hard shot at the hip and fled. Troy scowled and swore badly. “Come back, Richardson! COME BACK, YOU WIMP!”. Powell ran after Keith. Powell was the athlete of the year and so with superb confidence, he ran after Keith. Keith ran out of the school, with the faint sound of the audience roaring and Troy swearing badly. The nearing boot sounds of Powell rang in his ears. Keith ran as fast as he could. For the first time, he felt that he was Jesse Owens, running and scrambling up and down with Powell running behind him. Keith saw a wall, with the sign “NO ENTRY FOR OUTSIDERS”. Desperate for saving his life, he climbed over the wall. Powell reached there in no time, but on seeing the wall, he fled. Keith heaved a sigh of relief. He started walking towards the wall, and finally climbed over the wall and came out of that spot, and then turned to the left to go through the shortcut. He was feeling awkward and uneasy on climbing that place. Something was wrong!

“Mum, I’ve had enough! They are doing it all the time!”. Keith sobbed as he reached home, and saw his mother laying the table. Mrs. Richardson wasn’t really surprised, but very annoyed, and stern. “Keith, what did they do now?”. “MUM, they tried to force the jiggle dance out of me. You know, pop my arms. I just did it once, by mistake, in Mr. Greene’s class, and the whole class laughed. So, they want to be entertained. Oh, Jesus, Mum what will I do? I’ve escaped today! Kicked Troy’s groin, and escaped. What’ll happen in school, tomorrow?”. Keith started sobbing even louder. Mrs. Richardson produced a glass of warm milk before him and said in a reproachful tone, “Now, now, Keith, there’s no need to cry. You’ve done your bit! Show them the monster inside you. Maybe then they will stop”. “Mum, will you take some measures against them. There is no use showing them my monster. My monster is easily curbed by them because they are gorilla sized- mages. Earlier their target was Victor, and now it’s me. Mum please–“.”Alright, honey, drink your milk and after five minutes go off to play with your friends. They are waiting at the Head hunterz. Quick sip it. I’ll talk to the principal, tomorrow. Don’t worry, now”. Suddenly a bark came from the living room. “Winona, look at this trash, please! The garbage man is here,” Mrs. Richardson shouted after her husband, “Coming, Caleb.”. Then with a final nod to Keith she said, “Finish the milk, and go off, dear, you’ll feel better.”. Then she stormed into the living room. Keith slowly sipped the milk, not thinking of the aftermath of his consequences…

“Hey Keith, you’re late!” cried Samantha. Keith yelled, “Yea, I know”. Dustin now whined, “What do you mean, you know? It’s five minutes late. How much have you brought?”. Keith looked surprised for the first time in the day.” What do you mean, Dustin?”. Now Benjamin cried out, “We were supposed to go to Buckley’s, remember?”. Keith exclaimed, “Oh no! Sorry, I forgot, very sorry.” What do you mean you were sorry? Blimey, you said you will bring the highest”, cried Dustin.” Well, you know…”, said Keith.” What do we know? Okay, I get it, Troy and Powell slimed, you up, and I get it you are depressed, but aren’t you supposed to do something to overcome your depression?”, cried Dustin again. “Sorry, Keith, you stay here alone. Just because you didn’t bring, that doesn’t mean this whole thing will be spoiled!”, said Benjamin. Samantha said, “Yeah, exactly!”. Keith slowly said, “You people are ungrateful and not true friends. You did not even stand beside me when I was bullied by Troy and Powell, let alone invite me to Groundley’s”. Samantha now cried in a high-pitched voice, “You want us to get crushed?”. “To find powdered collar bones in my neck and grinded ribcage?”, whined Dustin. “Dude, stop this nonsense.”, said Benjamin in a drawling tone.” I have not brought 12 and a quarter to be wasted. Keith, if you have money, then come, or else sit on that swing until we come back. We ain’t bringing anything for you though’. After we come back, you better go home, because we will occupy the playground. A punishment get it?”. Keith felt his monster passing but he calmed down to say, “Okay”. Dustin suddenly cried, “Hey, I think there are some nickels in the backyard of that ‘No trespassing’ zone, you know? I thought I’ve seen it through the net”. Keith suddenly remembered the “NO ENTRY FOR OUTSIDERS” sign. He remembered Powell’s face it was like someone squeezed his intestines into a jelly. He had run away from it because he had felt something uneasy about it. Keith suddenly said, “No, Dustin, no! That place is bad! I sense something ghastly”. The three of them laughed. “Hey, you know what, Keith?”, said Benjamin, mockingly,” Sorry to break your heart, but there is no Tooth Fairy, you knew that? So, don’t preserve ’em in your beds. Ha-ha!”. The trio laughed again. Dustin laughed, “Keith, you believe in ghosts?”. Samantha mockingly said, “Dustin, I think he also believes that animals talk.”. Dustin now laughed again and said, “Now, now! We must ignore babies, won’t we? I think I saw some silver there. C’mon! We’ll get some more Slurpees if we buckle up that the silver. Buckley’s are saving up the cherry. C’mon. Keith, we’ll buy you Brothers Grimm, don’t worry.”. Laughing and howling, they ran towards the “NO ENTRY FOR OUTSIDERS” building. Keith knew very well that no matter how much they mock him, they’ll finally have to buy Brothers Grimm for themselves, provided they survive.

“Bleurgh!”. Keith woke up and coughed. Something came out of his mouth and he noticed it was a slug. “Gross”, he murmured. He suddenly realized he was pinned. Pinned by spider webs and sluggish masses. He screamed and gasped, “Help!”. Suddenly the webs gave way and the masses squirmed around his body. Keith stood up and thought of running, but at the exact moment, he saw “The Loomer” at the far distance, smiling at him and saying, “Well done, Keith. You have achieved what you wanted. Now, you are wearing the crown, you are the king! “With that he circled and formed a vortex and from that vortex came out millions of bodachs, bodachs who used to be humans. Powell was in the lead and he said, “Master! I bow to thee”. Troy came beside him and said, “My lord and my owner, I bow to thee!” There was Samantha, Benjamin and Dustin. They were coming towards him,” Master, conqueror, giver, I bow to thee!” and so did millions of people. They were all coming towards a shocked Keith, but the shock gave way, and Keith felt his lips spread and a smile quickly spread in his face. He suddenly shouted out, “Friends, Americans and countrymen, I am your new king. I have an ambition to fulfil a dream to conquer. Let us together fulfill that dream, that passion, that vocation. I know that when there is a will, there is a way. Let us join arms, brethren, and turn the city to…ashes!”. There was a hullaballoo and a shout of sheer joy from the ghastly audience. “The Loomer” from behind was smiling proudly and was giving him a well-done-my-boy look. Keith returned the smile and it was a genuine, devilish and determined one. Slowly, slowly, and gradually, the town of Dunkirk evaporated. The only thing you get in Dunkirk, Seattle is…ashes.