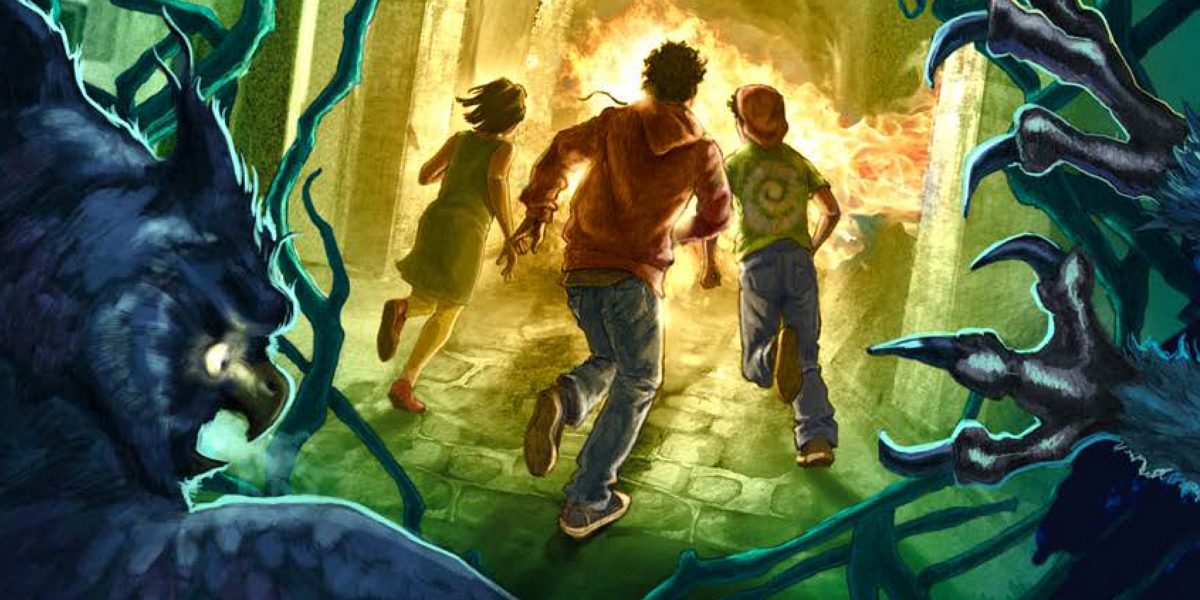 Today, we are here for the book review of the most recent book in the Riordanverse, called Trials of Apollo: Tower of Nero. This book is the end of the Trials of Apollo series, which started with Apollo, the god of the sun, music, bad haikus, archery, more bad haikus, some more stuff and even more bad haikus, is cast down from Olympus as a mortal into a New York dumpster. Bad luck, New York. Await the haikus.

He later meets Meg, an adopted child of the tyrant emperor, Nero, as she dispatches a couple of gangsters with a garbage bag of rotten peels. Go take a shower, Mikey.

They from there encounter our much loved original protagonist, Percy Jackson, who takes them to Camp Half-Blood, where they must protect the Oracle in the Grove of Dodona, the only oracle still free from the Triumvirate, a trio of emperors who can’t be happy with their lives as memories. So, therefore, they became semi-divine and became immortal. I mean, stay in your super expensive yachts and leave this poor acne-ridden, flabby teenager alone. But no. You have got to invade the world, right?

They save the Grove of Dodona and protect Camp Half-Blood from the invasion of the egotistical mega statue. Gods. That sounds like a cheesy sci-fi film. That worked out. Oh, and I forgot, Meg betrayed Apollo. Minor detail. Moving along.

The second book is set west, in Indianapolis, where Nero’s evil emperor friend Commodus is terrorizing the state. The hitch is that Apollo has blessed and later killed this very emperor. But that’s a story for another, messed-up, dystopian time. Anyway, Apollo, joined by Meg (again), Leo Valdez from the Heroes of Olympus series, and Calypso, your roadside 4000-year-old sorceress, who was imprisoned on an island until the aforementioned Valdez won her over and got her free. Another story for another time. They are all at the Waystation, a building with a mind of its own, inhabited by Jo and Emmie, two Hunters who gave up immortality for each other. Apollo must free the Oracle of Trophonius, a son of his from the Good Old Days, who hated his father for letting his stepbrother die. And he also must free Georgina, Jo and Emmie’s daughter, from the hands of Evil Emperor 2. All in less than a week. Give the kid a break.

The third book is set even farther west, in California, Palm Springs. Dryads, plant spirits, are drying up and dying, because of fire, the essence of the Titan Helios, former lord of the sun. I mean, they’re plants, y’all. What did you expect them to do? Talk? Well, you expected right, because they do! But they’re dying, which is sad. But now, Apollo gets a third Oracle to free! Yay! The Erythraean Sibyl, an Oracle who is cursed to only speak in riddles, has been trapped in the Burning Maze, a part of the Labyrinth infused with the aforementioned godly essence. Meaning it’s a big bad place which is hot. ‘Nuff said. He takes on the third emperor, Caligula, named after a pair of boots or caligulae. You know what, I’m calling him Mr Boots. So, Mr Boots has the Sibyl trapped in the Maze, and Apollo must get Caligula’s caligulae to navigate the maze. He enlists the help of Jason Grace and Piper Mclean, from the Heroes of Olympus series, to obtain these shoes, with the weight of death hanging upon them. That weight overburdens them, as (SPOILER) Jason is speared through the back by Mr Boots. Ouch.

They free the Oracle, and receive their next prophecy, sending them further west still, to the San Francisco coastline, where they head to Camp Jupiter, Camp Half-Blood’s Roman counterpart. Caligula and Commodus are attacking Camp Jupiter with their fleet of fancy ships to blow up some Romans, whereas Tarquinius Superbus, Rome’s last king, is raising an army of undead warriors to invade Camp on the same day as the emperors. So, basically another day in the Roman legion.

Apollo now has to defeat Tarquinius, with help from Reyna Avila Ramirez-Arellano, praetor of the legion, to free the spirit of the Cumaean Sibyl, writer of ancient books of prophecy, the Sibylline books. He, with the power of the Twelfth Legion Fulminata, defeats Caligula and Commodus in a fiery explosion.