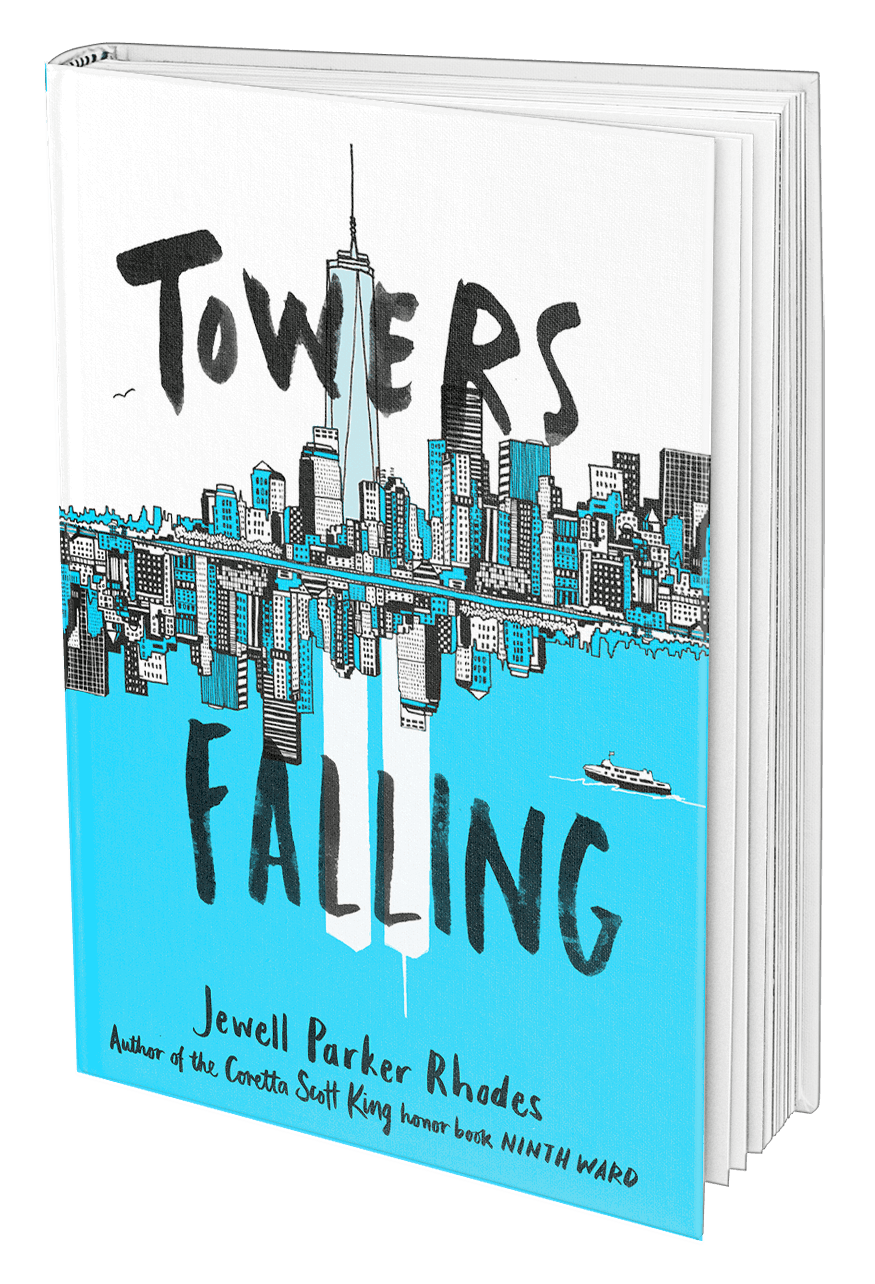 Towers Falling describes in detail the terrorist attacks on the twin towers on September 11. It is authored by Jewell Parker Rhodes. The book is written from the point of view of 10-year old Deja. Deja comes from a very poor background. Her mother works almost 24×7 as a waitress while her father is very sick and is almost always coughing in bed. She lives in a slum-like area called Avalon Family Residence. She is forced to babysit her siblings and always dreams of living a happy life.

It is the year 2016 and Deja will be joining a new school. Upon entering class everyone is talking to each other discussing how their vacation was while she could do nothing but stare. Soon she becomes friends a new kid named Ben and a very popular girl named Sabeen. They are instructed by their very kind and loving teacher Miss Garcia to do a series of projects all culminating into learning about the September 11 terror attacks.

Deja, who has never known about these attacks finds it as a shock to know what actually happened. Eventually she discovers the truth behind her dad’s illness. What is this truth and how do the students react upon learning this?

I enjoyed this book as it went into detail about the horrors of the 9/11 attacks. I found it interesting as I had never known about these attacks before. It is painful to know what happened and I would recommend this book to all people as a must-read.