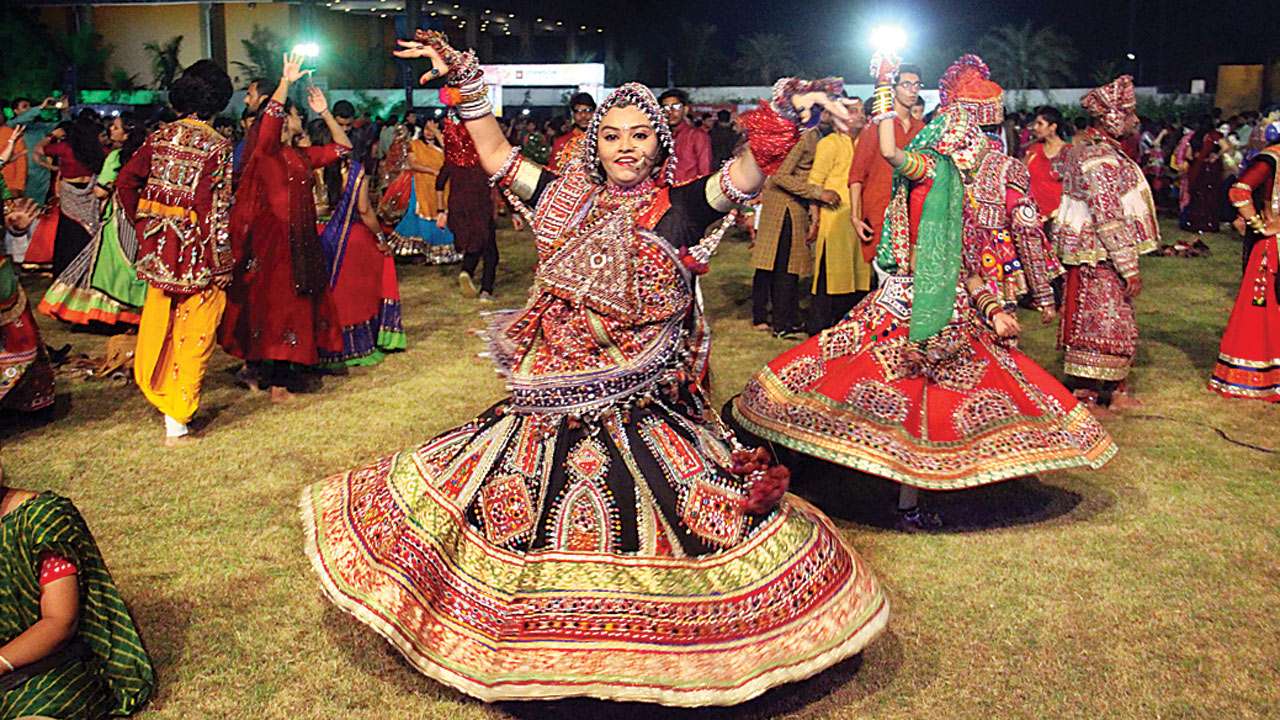 Hearing the word Garba itself brings so much excitement and fun with it. Garba originates from Gujarat, India. It is said to be performed as a festival ritual throughout the nine nights of Navaratri.

Garba originates from the word Garbha which means womb in Sanskrit. It usually depicts the inner meaning of a girl’s first menstrual cycle and later, her imminent marriage. Men also perform the dance but women are the main performers of Garba.

It is usually performed by people standing in a circular manner and is characterised by the sweeping action performed side to side. It is also accompanied by many traditional musical instruments. The dancers stand around the image of the Goddess Durga. The velocity of dance is slow at the beginning and it moderately increases its speed at the later stages.

The costumes worn by the dancers are also eye-catching and colourful. They also wear heavy jewellery including earrings, bangles and necklaces. Men usually wear a kafni pyjama with ghagra that has length till their knees (short round kurta) with a turban or pagadi on their head.

The significance of Garba revolves around womanhood, celebrating fertility and paying respect to all the nine forms of Goddess Durga. Garba now is not only in the state of Gujarat but has spread across the world. Every Navaratri there are Garba events held to celebrate the festival with this fun dance form.