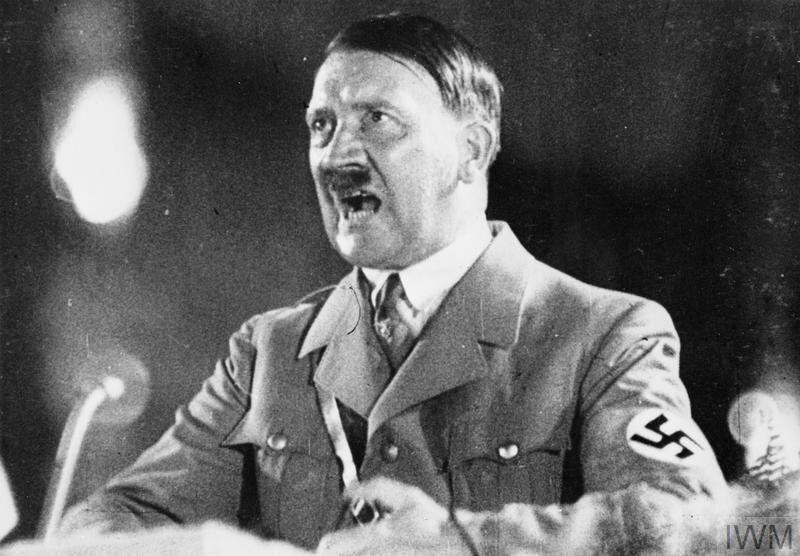 “My fellow-countrymen, man does not exist on theories and phrases, on declarations or on systems of political philosophy; he lives on what he can gain from the soil by his own labor in the form of food and raw materials. This is what he can eat, this is what he can use for manufacture and production. If a man’s own living conditions offer him too little, his life will be wretched. We see that within the countries themselves, fruitful areas afford better living conditions than poor barren lands. In the one case there are flourishing villages; in the other poverty-stricken communities. A man may live in a stony desert or in a fruitful land of plenty. This handicap can never be fully overcome by theories, nor even by the will to work.”

Adolf Hitler stood on the podium, his face beaded with sweat, as he yelled passionately at the humongous sea of the crowd. It was 1940, just a year after World War 2 had begun and Hitler was addressing the Workers of Berlin. Imagine thousands if not millions of supporters raising their hands and screaming. They were basked in the light and were in a frenzy, stunned by the powerful aura of their leader.

Such was the charisma, of Adolf Hitler, with his speech-speaking skills, he could turn millions of people to his side. This is exactly what made him rise the Nazi party and become the leader of Germany. Between the years 1930 – 1938, no one repented him. No one said anything negative about him. No one thought he will become the brutal dictator that he is known of today.

There were signs. There were signs that Hitler was itching for war with rapid militarisation and not-so-good treatment of the Jews. He had also set his eyes on neighbouring countries. But still, he revived the German economy through the period marred by high inflation and the Great Depression.

How Hitler rose to Power?

After World War I, Germany had to pay a lot of war reparations to the allies as decided by the Treaty of Versailles. It’s estimated that Germany had to pay 132 billion German gold marks (US$33 billion). Now, since Germany did not have so much money, they decided to print more banknotes. But, when you print more banknotes, you don’t have more money. The money’s value decreases. Which is exactly what happened with the Germans.

Add to this the Great Depression, and the German populace wasn’t so happy with the current democratic government. So, when Hitler took centre stage, making extravagant promises about restoring the former German glory, the common populace was appealed to and turned towards him. It was Fascism or Communism. It doesn’t seem to be an easy choice even now.

Soon, Hitler’s popularity was growing to tremendous heights and by 1932, the Nazi party was the biggest in the German parliament. It would only be a matter of time before Hitler seized emergency powers and became the dictator of Germany.

Needless to say, Hitler did bring in many reforms in the country. He was successful in transforming a struggling country with a poor economy into a powerful one. Many highways and public services were introduced and life generally became better for the common German.

These reforms were soon shadowed by excessive military spending and a whole bunch of new military technology, which inevitably led to war. The whole world would be dragged in this war, and it became one of the most destructive wars in humankind. Hitler’s terrible dream had almost destroyed the whole world.

But Hitler’s powerful charisma had captivated the population of Germany ever since he rose to power. His actions and reforms made him popular amongst the people. Even reading his speech right now, tingles my nerves up and gives me a boost of energy. I can only imagine the power that was then his famous speeches.

What makes Hitler so fascinating, is that how he converted the populace on the wrong path. Nobody in 1939 said that Adolf Hitler is a megalomaniac who will brutally kill millions of people one day. His charisma could convert a man against him, yelling for him. Whenever I see Hitler yelling in his mike, his face beaded with sweat, I understand what he is trying to convey even if he talks in a language I don’t know. His gestures and power are enough for me to understand. He could have truly left anyone flabbergasted.

So, was Hitler really bad? I don’t know. Maybe I wouldn’t know it forever. But I know for certain that he had some good qualities even if they couldn’t overwrite his bad ones. Also, I do know that we can learn a LOT from him and make ourselves a better person than we are today.

See, history is not meant to be only confined into History textbooks and boring classrooms. It is meant to be interpreted and taken inspiration from. You are making history. We teach History. History teaches us. Make the most out of this relationship. According to me, this relationship will be one of life’s greatest teachers to you.

So, ultimately, it’s up to you. How you interpret this topic, what’s your take on it matters. I would love to know your opinions in the comments section down below whether good or bad! I hope you loved reading my articles as much as I enjoy writing to you. Thank you, once again for reading and appreciating this article!

I would like to conclude with a statement that I so often hear in my school MUNs, “Delegate, the floor is open to you now.”

Read Part 1 of Hitler: Was He Really That Bad!