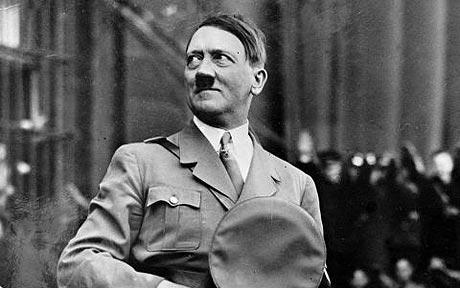 Pulitzer Prize winner, Carl Sandburg once said, “Nothing happens unless first we dream.”

Most dreams are like little birds who flutter in and out. Some dreams, however, make their nests and have the power to change the course of mankind. If Leonardo Da Vinci hadn’t dreamt of flying, maybe the Wright Brothers would never have invented aeroplanes.

Sometimes, however, the dream of one person may be destructive or harmful for another. Take the case of Hitler. His belief in the superiority of the Aryans made him dream of a pure, Aryan world. So strong was his dream that he was able to convince the Germans to kill 6 million ‘stab-in-the-back germs’ alias Jews, and 4 million other cripples (filthy people and those unworthy of life), for building a pure, German fatherland. The mere reference to Auschwitz and Dachau fills our hearts with shame and horror. One man’s ruthless dream led to the persecution of millions of innocent men, women and children.

Meanwhile, a large number of Jews spent the last days of their wretched and hopeless life waiting for a brutal death in the gas chambers. However, there was this Jewish teacher, in Terezin concentration camp, who wanted to fight back and give her students joy and hope. She taught them how to draw and paint and helped them draw out their dreams and aspirations. She buried these 4,500 drawings hoping to keep their dreams and aspirations alive long after their death.

When I saw some of these drawings, I was moved by the dreams and thoughts of these children. I was horrified by some of the drawings where children depicted the horror of their lives and grieved the death of their loved ones. But the one’s which will stay with me forever are those where the children dreamed of freedom and drew themselves playing in an open garden or flying kites.

We all believe that the military might of the Russians, Americans and British crushed Hitler. But I believe that the hopeful dreams of such Jewish children played an important role in demolishing Hitler’s monstrous dream.
As it has been rightly said by Eleanor Roosevelt, “The future belongs to those who believe in the beauty of their dreams.”

This article was originally published in Lexophilia by CTY at John Hopkins University.