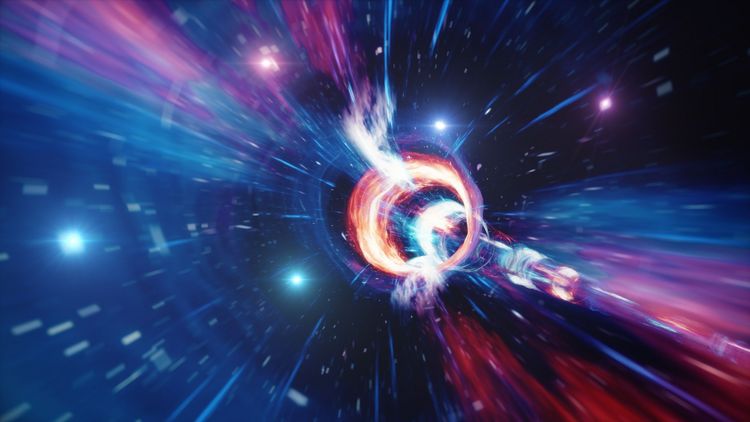 Before diving into higher dimensions, let us take a conceptual look at each of the 3 known dimensions.

It might be impossible to experience and consciously move through higher dimensions, but some physicists have proved in theory that hyperspace or higher dimensions exist. Albert Einstein’s general theory of relativity proves ‘space-time’ is the 4th dimension. The famous string theory suggests the existence of as many as 6 extremely small dimensions curled upon each other and perhaps larger dimension where many universes like our own float.

Isaac Newton set down the formulas for gravity and said that objects with mass attract others, but nobody knew why. And the most brilliant physicist of all time- Albert Einstein answered the question by theorizing a fourth dimension- space-time. Space-time is thought of as the fabric of the universe. Time and the 3 spatial dimensions together form it.

Einstein believed that gravity was not a force, but the curvature of space-time. And as mass moves upon space-time, space-time curves, just like a marble rolling on a 2D cloth bends the cloth. However, in this case, 3D space is curved instead of a 2D cloth. The earth is brought closer to the sun because the Sun bends space-time.

Some believe extra dimensions are extremely small (too tiny for us to see or interact with) and exist only in the quantum realms. The string theory, which is a strong candidate for the theory of everything, needs at least 10 dimensions to work. Out of these ten, we already have 4 dimensions- 3 spatial dimensions and time– and string theorists believe the other 6 dimensions could be extremely small and curled up into each other. Only subatomic particles would have access to them. In that case, extra dimensions would be everywhere around us, and yet we won’t be able to see them, just like 2D beings won’t be able to see 3D space, even though it’s everywhere for them.

We may be living in higher dimensions, unknowingly

When a 4D object or one from higher dimensions passes our world, our brains would visualize it in only 3 dimensions, and we would never know we are seeing a 4D object.

To better illustrate this point, imagine passing a sphere through a 2D world. The 2D beings would see a dot appear (the bottom tip of a sphere), the dot would turn into a circle getting bigger and bigger. Then the circle would start reducing in size before turning into a dot and then disappearing completely. They would see only 2 out of the 3 dimensions.

If a 4D sphere passes through our 3D world, we would only see a tiny ball appearing out of nowhere, (which would be the tip of the 4D sphere), getting bigger, then reducing in size and disappearing. We might never be able to actually see an object in higher dimensions, but we can observe its properties by seeing it in our lower dimensions.

A Klein bottle– A Klein bottle has only one surface and no edges. It is a warped cylinder with only one opening. The intersection shown in the picture will not occur in 4D space.

Although this is an unproven idea, it is likely that more dimensions exist. Many theories like Einstein’s General Theory of Relativity, String Theory and Multiverse (many universes) Theory strengthen the belief.

There are mysterious phenomena that happen that defy our rational attempts to understand and maybe we can’t comprehend what is happening because the phenomena are connected to other dimensions- like particles popping in and out of existence or being in two places at the same time in quantum mechanics.

Hence it is not only possible, but probable that higher dimensions exist. Today, they exist mathematically, and in theory, but maybe it will be possible for mankind to experience moving through higher dimensions far in the future.