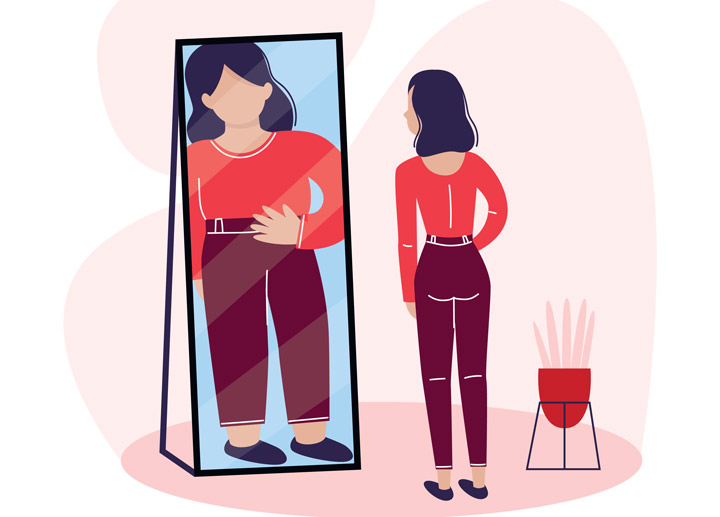 Absolutely on point with the 2022 Met Gala theme, “America an Anthology of Fashion”, Kim Kardashian looked perfect. But behind the infallible façade, she openly admitted to starving herself to lose 16 pounds to fit into the iconic dress.

Being a role model for many, she set an unhealthy example provoking the ideals of disorderly habits into the minds of the youth.

This disorder takes the life of one person each hour and is among the deadliest mental illnesses, second only to opioid addiction. These figures are constantly increasing.

Why the sudden increase you may ask? It is due to the prevalence of social media. The online world strives for perfection and creates a deep impact on the minds of its users. The standards that it has set for achieving the “ideal body” are detrimental.

People are feeling uncomfortable in their own skin and are constantly obsessing over their bodies. Finding themselves amidst the rat race to look like figures online, they become victims of eating disorders.

These include anorexia nervosa where people generally view themselves as overweight even if they are dangerously underweight.

Builimia nervosa is another example where people frequent eating unusually large amounts of food and cannot stop eating or control how much they’re eating.

A study revealed that 44% of young women believe that they are overweight and want to weigh less. 60% were actively trying to lose weight even though the majority of these young girls were within normal weight ranges.

The drive for thinness and succumbing to unnatural beauty standards is tarnishing the relationship we have with ourselves.

Acceptance when does not come from within can unleash low self-esteem. The person is so tied up in the chaos of their minds, that they forget what’s happening outside.

They get blinded by the word healthy and run after the fifty thousand things in the market which is termed so, bleakly unaware of its effects. Following a restrictive diet can lead to eventual resorting to an excess of processed food.

When will we wake up and realise that beauty does not define anyone’s worth? This so-called idealism is causing people to self-harm themselves or even ending their lives for being incapable to bear it any further.

It is high time now to normalise all body shapes, embrace them, love them, heal yourselves and become whole again.