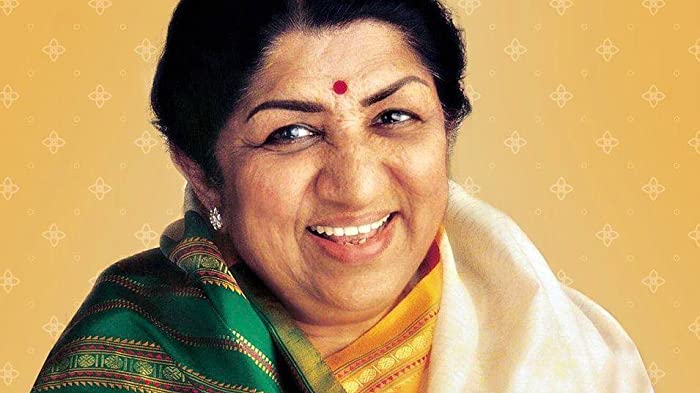 The owner of the mellifluent voice, Guinness world record holder of the most recorded artist in history with more than 25000 songs in the world, is none other than the Nightingale of India, Lata Mangeshkar.

Lata Mangeshkar was a singer gifted with an extremely melodious voice of a Nightingale and also the talent of creating varied tunes with her sweet voice. It seemed like music was in her blood. She belonged to a musical family where her grandma, father, mother everybody had music themselves.

Lata Mangeshkar, popularly known as ‘Swar Kokila’ was born on September 28th, 1929. Her father Dinanath Mangeshkar was a classical singer, and a theatre actor also running a drama troupe. Her mother’s name was Shevanti. Lata started to work as an actress in her father’s musical plays at a very early age of 5. She took her initial music lessons from her father. She was named Hema at her birth. Later her parents changed her name to Lata after a feminine character Latika, in one of her father’s plays. Unfortunately, her father died, leaving the entire family bereaved and stunned by his sudden death. As Lata was elder, the entire responsibility of the family fell on her when she was barely 13 years old.

Lataji acted in 8 movies from 1942 to 1948 which never was her forte. She always kept music above all other interests. In the year 1948, Lata Mangeshkar sang her initial song for the Hindi movie Majboor and won tremendous admiration for it. Thereafter, a queue of film producers, awaiting to sign her for their films. Lata sang many songs for Hindi films and attained popularity not only in India but all around the world.

In many regional languages, her sweet voice has breathed life. The Queen of Melody as a vocalist sang many songs from love songs to sorrowful blues to classical singing and Ragas to Bhakti and Devotional—there appears to be nothing left unturned and unexplored by Lata Mangeshkar. She has sung over 40,000 songs for three generations of heroines, from Madhubala to Zeenat Aman to Kajol. Our Lataji also composed music for many films and also produced 4 films, a Marathi film in 1953 and 3 Hindi films.

Lataji was honoured by numerous awards. The Dada Saheb Phalke award, Padma Bhushan & Padma Vibhushan award for her extraordinary contribution to the film industry. In the year 2001, she received the prestigious Bharat Ratna award for her contribution to the Indian Musical Industry. She was also the receiver of 3 National awards. She even composed music and won Maharashtra Government’s Best Music Director award.  The Nightingale of India, Lataji became the first Indian to give her melodious performance in London at Royal Albert Hall in the year 1974. It’s said that when Lata has sung the song “Aye Mere Watan Ke Logo, Zara Aankh Mein Bhar Lo Pani”, she moved the first Indian Prime Minister, Pandit Jawahar Lal Nehru to tears.

Lataji was nominated to the Rajya Sabha in 2000 for her contribution to vocal art and melody. She frequently contributed to the welfare of the country to improve the lives of the underprivileged. Despite having such a fantastic name, she was still a simple person at heart. Our Country’s Nightingale, Lataji’s hallmark garment is a white silk saree with a traditional crimson border and plait. Her melodious voice has impacted millions of people in India and has also spread harmonious Indian music all over the world.

Queen of Melody, Lataji breathed her last at the age of 92 years on February 6th, 2022 at Breach Candy Hospital in Mumbai. Lata Mangeshkar was an impressive singer and a wonderful personality. Through the decades, her voice continues to resonate as a clear, distinct, and representative voice of an entire era and nation. Her voice had such substantial power that it had exceeded all barriers of language, caste, creed, culture, boundaries, region, and religion. Her contribution in the field of singing will never be forgotten and her Golden voice will remain EVERGREEN…..