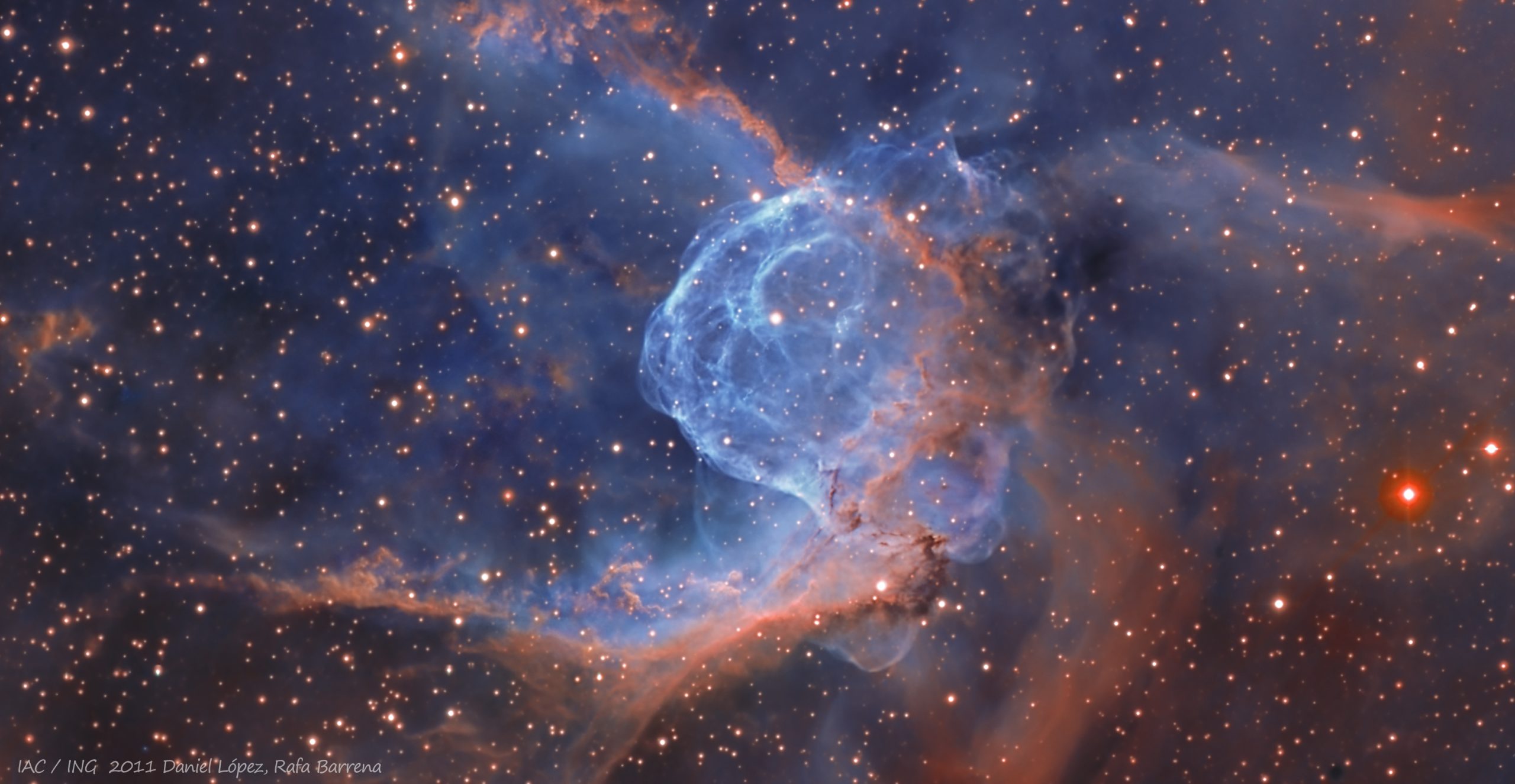 A cloud of dust in space that comes out of an explosion of a dying star like a supernova is a nebula. It is made up of dust and gases-mainly hydrogen and helium.

Most of the stars are formed in nebulae (plural of the nebula). Nebulae contain all that stars are made up of that is dust and gases like hydrogen and helium.

The dust and gas are in a dispersed state so when the gravity in a nebula increases the dust and gas form clumps. The temperature starts to increase, while the clumps get bigger, when the clump becomes so big that it collapses from its own gravity the inner core of the clump heats and a star is formed.

We come to know about the temperature and age of a star by its colour. The redder the star the older it is, orange and yellow stars are hotter while the hottest stars burn with a blue or white light.

We see that the nebulae are shiny even when they are made up of dust and gases because the dust reflects light. The nebulae are of different shapes.

The bigger the star is the less is its life. Stars collapse when they have exhausted their nuclear fuel. Bigger stars exhaust their hydrogen faster, though many don’t die for billions of years.