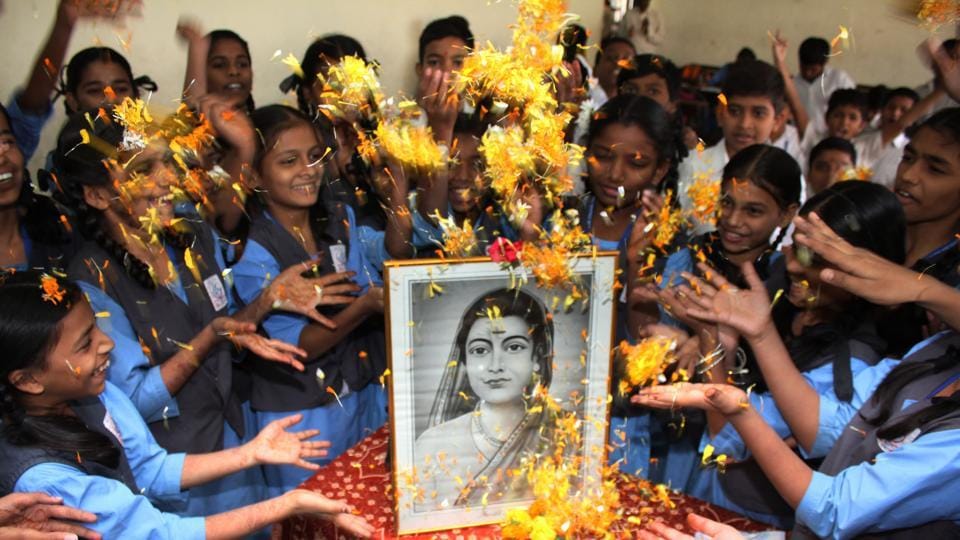 We are in the 21st century today and we have the freedom to walk and talk freely. Have you ever thought that this is the result of the sacrifices done by our magnanimous freedom fighters? They selflessly laid down their lives for our country to ensure we are free today. According to me they are the symbol of bravery and chauvinism. Each and every freedom fighter has made a number of contributions to bring an end to British supremacy. They are the ones because of whom we are liberated from any repression.

The life and times of Savitribai Phule was a trailblazer as the first female teacher at India’s first women’s school. She persistently fought against the dominant caste system and worked towards the upliftment of the marginalized. She was philanthropic. She worked very hard to empower women in India, repeatedly urging them to educate themselves. She remarked that education will be the only weapon that will unbind them from social discrimination. With the support of her husband Jyotirao Phule, in Pune, she started educating girls and grappled with those who oppressed women Education. Her stress on secular education for social emancipation in India is the marker of her remarkable personality. It is her struggle and hard work that marks the birth of modern Indian women’s public life. To ensure the protection of pregnant and exploited widows, in 1863, they started a ‘home for the prevention of infanticide’ in their own house. They also initiated the Satyashodhak Samaj (Society for Truth-Seeking), bringing into frame the practice of marriage without a dowry. They supported widow remarriages and were at odds with child marriage. This inspiring woman worked tremendously for social reform. If she wouldn’t have undergone the tribulation she went through, women wouldn’t have attended the status they have today in society. As they say, all good things come to an end, unfortunately, she died of plague on 10th of March, 1897. But two things that really inspired me was her helping tendency at difficult times and her self-sacrificing nature for the well-being of others. Even though she was suffering from Plague, she herself fed around two thousand children. Her name would be scripted in the most precious gold whenever the history of women growth and success would be accounted for.

It is because of warriors like her and many unsung heroes that we live in a free country. But, regrettably, the endeavours of these people are unremembered. We must all join hands and not let communal detestation sunder us. Our unity will be the pre-eminent tribute to them because, in the end, this was their aspiration.