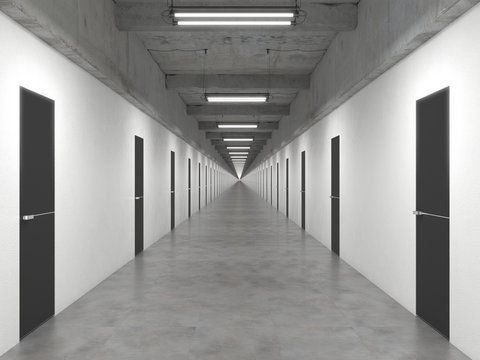 My eyes feel heavy, as does my entire body. I know I’m lying down but I don’t know where. I know I must stay calm and lie like this for 5 hours, 26 minutes and 32 seconds, now 31. But my eyes open. I see a hospital ward. There is a fluid bag dripping green liquid inside many others like me. All girls, and all in their teenage years. I feebly pull out the wires connecting me to all the machines. I lift the cloth that is placed on my body and see that the hospital gown I am wearing something I had never seen before. This was not my reality because I do not remember coming here or how I got here. I do not remember my name or anything about myself.

I could see the beds stretch out from both sides and went on through the long corridor. I started to walk to one side, in the hope of seeing a door or another awake person. However, I found myself walking for hours. I saw many empty beds like mine along the way but where were the girls in them? I tried to push these thoughts out of my head and continue to walk. My legs felt heavy and with each step, the resistance increased.

At this point, I knew something was wrong. I thought that I was walking in a loop but how would I prove it. I tried to memorize a girl’s face but as I walked there were so many faces, I lost track of the one I had first seen. Then I tried to find an object and place it on any empty bed, but there was nothing I could find. Then the next time I reached an empty bed, I took the blanket that was crumpled next to the floor and laid it down so that it was like an arrow for me. I walked again and before I knew it the blanket on the floor came again. I wanted to know how I was walking in the same direction and entering back where I started, without any curves. This went beyond me.

This place did not fit into my mechanical and logical mind. I started to collect blankets from all the sleeping girls and tied them all together in a knot to create a long rope. I walked and counted the number of blankets before I reached the start. It took only three blankets. This meant that the two blankets in front of me, was the end and suddenly I would be back to where I was started. Maybe turning the other way and walking would help. But I thought I was walking forever, when or whatever this was, I was walking for maybe 20 steps.

There were no doors, no windows, or any other access point in the corridor. As farfetched as that sounded, I even checked for air ducts or water pipes or holes in the ceiling. But none were present. Then, I decided to wake up the other girls. I tried shaking them, talking, and even moving them around. Nothing worked. Then I tried to remove the fluids dripping in their arms. The second the fluid stopped; their heart rate decreased. I pushed the fluids back in and their heart rate was normal once again. This place was slowly making sense, but I still had many questions.

How was this possible? I tried to check my heart rate, and everything was normal. I needed to think. Where was I? I do not know how I got here or how to get out of here? What else can I do?

I was thirsty, I needed water. I sat opposite the empty bed and closed my eyes for what felt like a few seconds and in front of me, on an empty bed there was a glass filled with water. I jerked up. This was not there before. I drank the entire glass of water in one breath and as soon as I put the glass down, I wanted more water but I pushed that thought out of my mind and tried some other tactics to wake the girls and soon found myself in front of the same empty bed. This time I noticed an entire water filtration system where I can draw water out of. Then it struck me, I am in a dream. I am either dreaming or in some sort of stimulation because my mind is giving me what I need. Not what I want, but what I need. But this did not feel like a dream because I felt so alive. I knew I was walking and controlling what I was saying. This may not be real, and it may not be a dream, but this was not a reality. Then I realized, if I needed water, somehow, I received it. This was because it was a need for survival. What if I was bleeding then would there be a doctor present. Or perhaps some help sent.

I lay down and saw the fluid bag had a needle to stick into a vein. Instead of sterilizing it and placing it in the arm. I disconnected it from the fluid bag and took it close to my heart. I was ready to stab myself. If my calculations were correct, then something would happen. I would be saved on some account because this is not reality. Taking a deep breath, I stabbed myself, the blood oozed out and the heart rate began decreasing.

I was somewhere, yet I was nowhere. I could see black and feel my body but there was nothing. Then a surge of energy was pushed through my body and I woke up in another chair with another wire connecting me to a monitor. I blinked my eyes a few times before I could concentrate on the person in front of me. All she said was, “Time taken, 3 hours and 31 minutes. The record was broken by 1 hour and 2 minutes” I was confused but I felt a sense of comfort that I didn’t feel earlier

I felt another surge of energy and then I knew. This was the annual nightmare fest and after 6 consecutive years, I finally won!