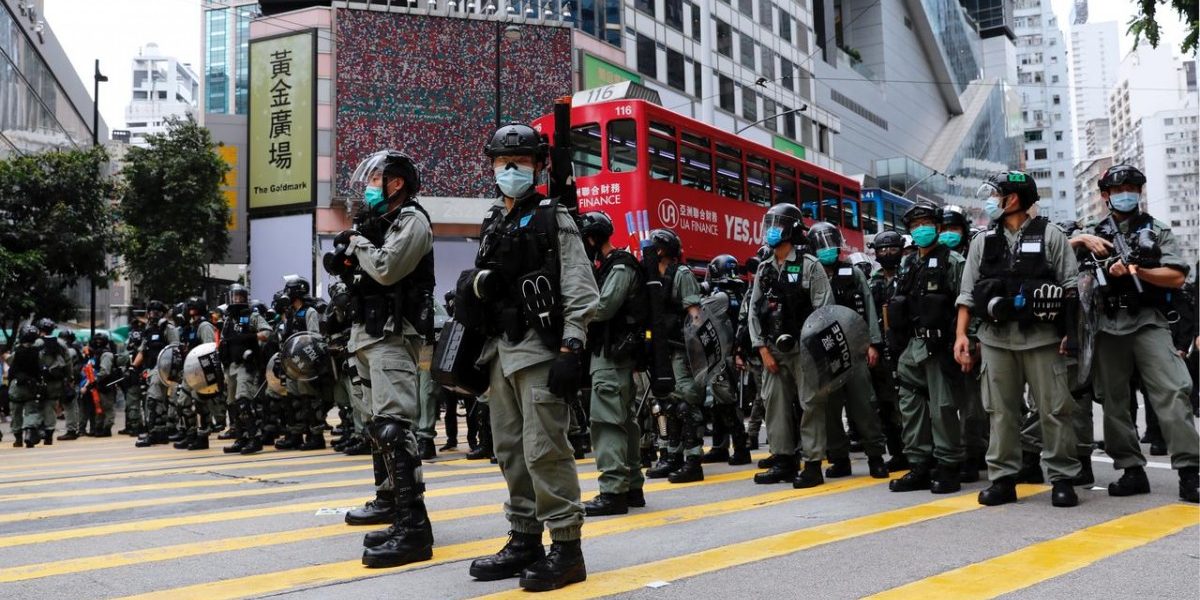 Hong Kong a cultural, diverse city functioning on an agreed 1 country – 2 systems policy after being handed over from the British back to China on July 1, 1997, after running it for 156 years. Gradually, the icy hands of Mainland China slither around trying to get a hold of this flourishing city. On the anniversary of the handover, July 1, 2020, the Chinese government introduced a new security law enforcing and cementing Chinese hold on Hong Kong. This legislation put an end to the city’s semi-autonomy.

I think Anthony Wallace puts this best in his BBC news article:

“Hong Kong was always meant to have a security law, but could never pass one because it was so unpopular. So, this is about China stepping in to ensure the city has a legal framework to deal with what it sees as serious challenges to its authority.

The details of the law’s 66 articles were kept secret until after it was passed. It criminalises any act of:

Clearly this shows the power that China now holds over HK. This new law can easily criminalise protestors all over Hong Kong; Protestors and citizens are not ready to give up their freedom to the hands of the Chinese Govt.

This has also encouraged multiple countries to pull Hong Kong of its pedestal and special status. US President Donald Trump signed a bill deposing Hong Kong from its trading status and calls for sanctions for anyone victimized or anyone who has taken part in any such activity in HK. Although Beijing officials and the legislature expected this coming, they still reacted violently. On Wednesday, the Ministry of Foreign Affairs stated, “The act on the United States side maliciously denigrates Hong Kong’s national security legislation, threatens to impose sanctions on China and gravely violates international law and basic rules of international relations.” Trump and President Xi are said to have been conversing and trying to sort everything out. Their encomiums continue to agree to disagree, but what about their actions?