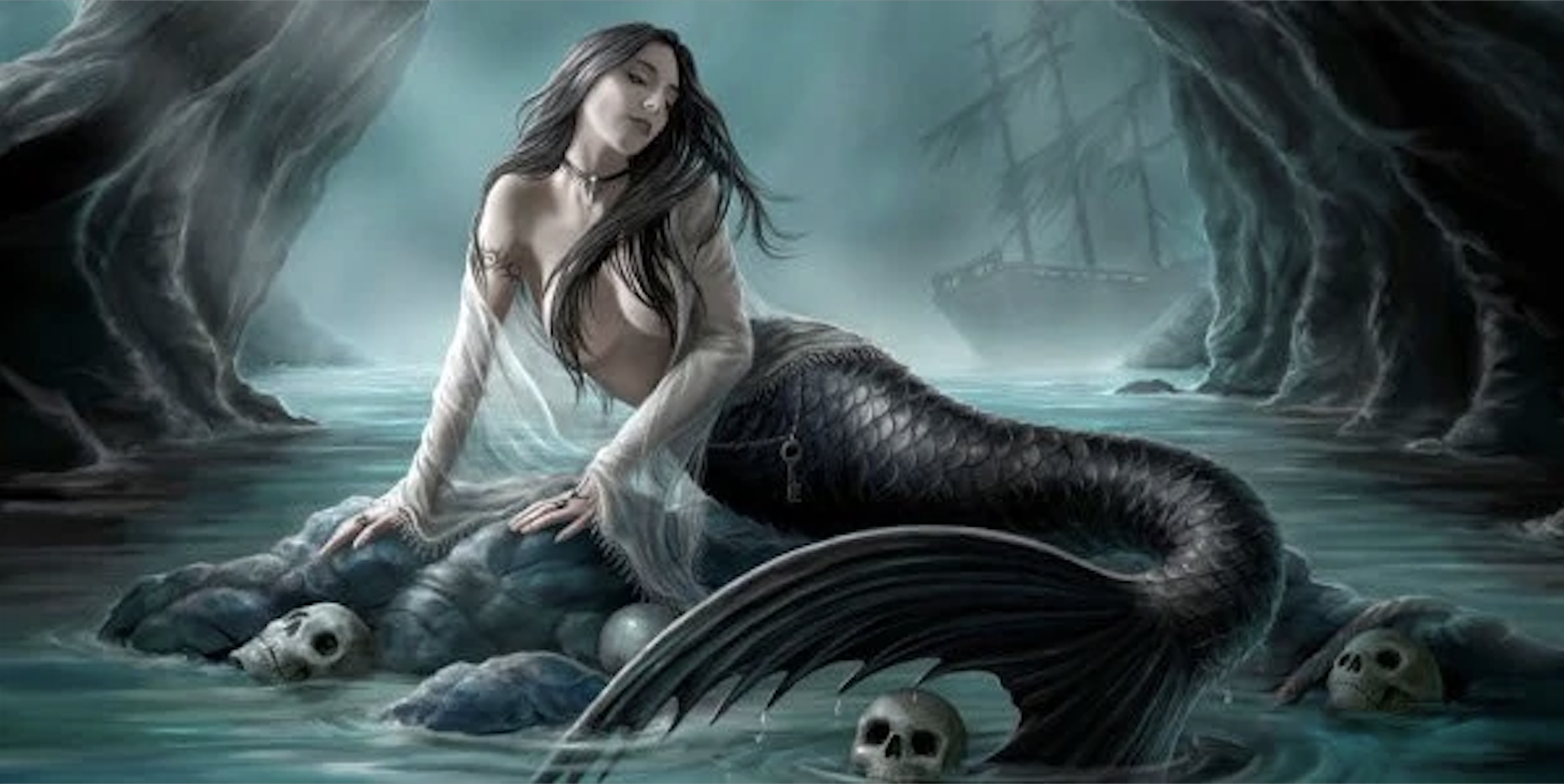 Background to the poem: Sirens are Greek mythological creatures, with a woman’s head and a birds’ body, with a voice which would put anyone into a trance. They would lure their victims close to them and kill them. Odysseus was a legendary Greek king of Ithaca, and the topic of Homer’s famous epic The Odyssey. Circe was an enchantress whom Odysseus encountered while returning from the Trojan War back to Ithaca. Circe gave him valuable information about the Sirens who would be his upcoming obstacle on his difficult journey. Read more to learn about the story of Odysseus and his encounter with the cunning Sirens, in a poetic retelling by me!

Once upon a time in Ancient Greece,
around the time Jason retrieved the Golden Fleece,
there lived the three famous Sirens- Pesinoe,
Thelxiepeia and Agalope.

Each had the head of a woman,
and the body of a bird.
Along with the most beautiful voice,
which put you in a trance if it was heard.

They stayed on a secluded island,
surrounded by cliffs and rocks,
but the evil motive behind this was,
if a ship passed by them,
its fate was sealed and locked.

When one hears the siren’s musical cries,
the person is immediately destined to die,
for as soon as you hear it you will get addicted.
You will stop at nothing till you reach the source
of their lovely but damning curse.

Let us take the example of one,
young, and adventurous sailor,
who was searching for fun.

He sails across the Sirens’ land
hears their voice, and- oh the poor man!
He jumps into the turbulent water
and stops at nothing until he reaches the latter.

The enamoured sailor swims and swims,
to the rocks where the sirens sit and sing.
Once he reaches, these creatures kill their prey,
and toss the skull and bones on display.

And so this cycle goes on and on,
from morning to evening, from dusk till dawn.
Will these vicious creatures never stop?
Will they continue to kill until every sailor’s life is lost?
Will they ever stop their horrible tricks?
These utterly disgusting and cruel theatrics!

But it keeps on happening, they keep taking lives,
until Odysseus and his seamen arrive!
He is mighty and strong and is well armed,
with a weapon of knowledge, to save himself from harm.

He tells his sailors to plug their ears,
with beeswax, to prevent the Sirens’ clear
and tuneful voice from enchanting the seamen,
and ensure the ship is moving till their journey comes to an end.

Odysseus himself does not take
this precaution that the enchantress, Circe gave.
For it was said that if a mortal passed,
unscathed from the deadly grasp
of the Siren’s lovely voices,
then they would become wiser,
and the Sirens would be forced to drown themselves in the water.

So he proceeds, to be tied
to the mast of the ship to prevent himself,
from falling under these cruel witches’ spell.

And lo! He succeeds!
He hears the songs safely and proceeds
to continue on the rest of his journey.
And now, it’s time for the Sirens to begin mourning.

Their glowing human faces crumple in defeat.
Their feathered shoulders slump in sorrow.
It’s the end of their days,
for they will never have another tomorrow.

They prepare themselves for their bleary fate,
Soon these evil beauties will appear at Hell’s gate,
for all their sly and cunning deceits.
A terrible end is what they will finally meet.

They look to one another, and silently say their goodbyes,
they fly into the air to have a better dive,
and splash! The waters break-
and swallow three feathered bodies!

The waters rise and fall for a while.
The wind is rocky and mobile.

Under the water, the fish hear three screams,
drowning is more painful than what the Sirens ever dreamed
it would be like. It sears and burns their throats-
they resist the urge to come afloat
and gulp in all the breaths of air
that they desire- but they would never dare.

They cannot fight the word of Fate,
death will come, be it early or late.
and the Sirens know that they deserve it,
which is why they completely submit.

They feel their wings relaxing more,
their eyes close with a last look at the distant shore
up above them, they exhale one last time,
and near the surface, you can hear their last cry.

When the droplets come down

My Mother, My Hero