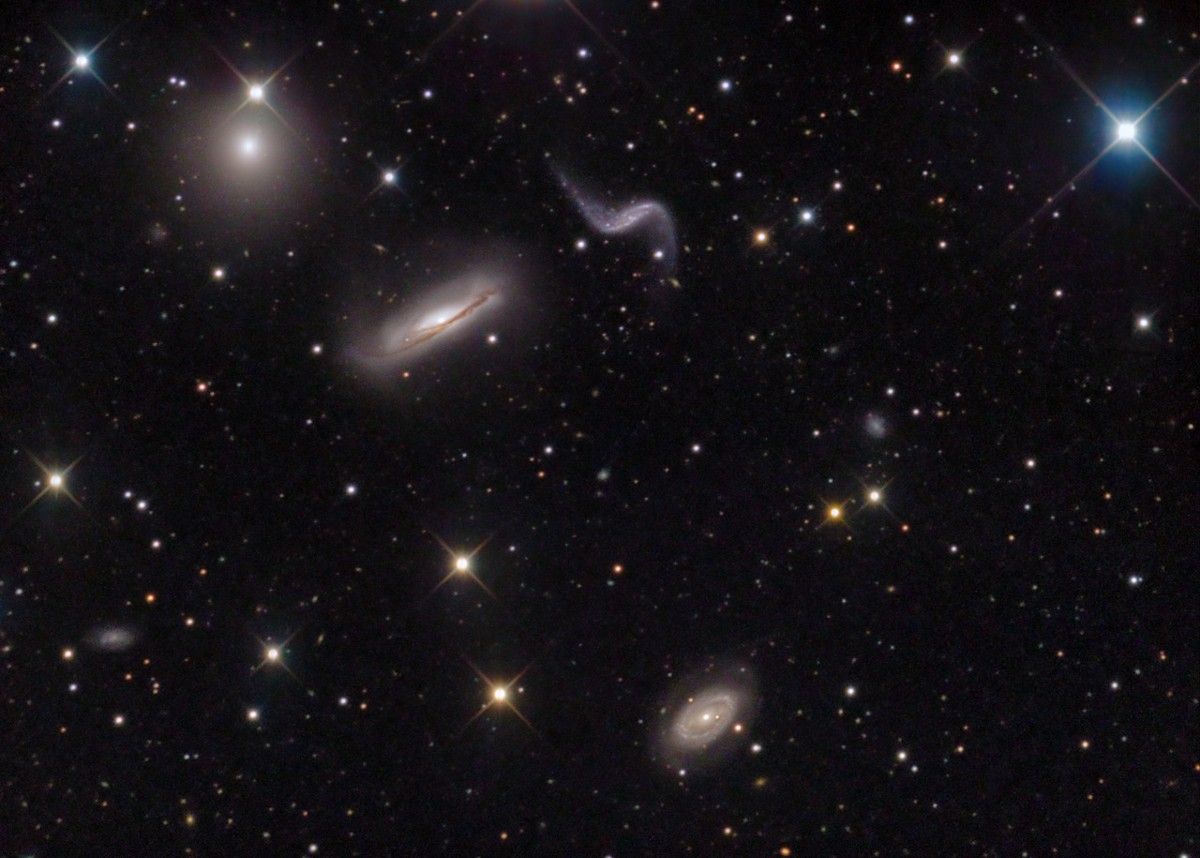 Is there a border we will never cross? Are there places we will never reach, no matter how hard we try? Turns out, there are! Even with science fiction technology, we are trapped in the Universe. How can that be? How far can we go?

We live in a quiet arm of the Milky Way, a spiral galaxy of average size, which is about 1,00,000 light-years across, consisting of billions of stars, gas clouds, dark matter, neutron stars, black holes and planets with a supermassive black hole in the centre. From a distance, our galaxy seems dense but in reality, it consists mostly of empty space. 47 trillion kilometres is the average distance between the stars. With our current technology, it would take thousands of years to send a human to the nearest star. So, our galaxy is pretty big.

The Milky Way is not alone though. Along with the Andromeda galaxy and more than 50 dwarf galaxies, it’s a part of the Local group, a region of space which is about 1,00,00,000 light years in diameter. It is one of the hundreds of galaxy groups in the Laniakea Supercluster, which itself is one among millions of Superclusters that make up the observable universe.

Now, let’s assume for a moment that we have a glorious future. Human civilization would become highly developed. We would develop interstellar travel based on our current understanding of physics. In this scenario, how far could we possibly go? The answer is the Local group. It is the biggest structure that humanity will ever be a part of. While it is certainly huge, the Local group counts for only 0.00000000001% of the observable universe! We are limited to a 1,00,00,00,00,000th of a per cent of the Observable universe. It is a simple fact that there is actually a limit for us and that there is so much of the universe that we will never be able to touch, and it is frightening.

Why can’t we go further? The fact is that our Local group is bound to us gravitationally. What’s the problem then? Why can’t we travel to other superclusters? Here, dark matter makes everything complicated. It’s basically an invisible force or effect that causes and speeds up the expansion of the universe. We don’t know why or what dark energy is but, we can observe its effect. None of the stuff outside the Local group is gravitationally bound to us. This means that while the universe expands,dark energy will push everything outside our Local group away from us. Over time, this will make the other galaxy groups almost unreachable.

The next galaxy group is already millions of light years away and they are moving away from us at speeds we can’t ever hope to match. We could leave the Local group and fly through intergalactic space into the darkness but we would never reach anywhere. As time passes, the Local group will become more tightly bound. The Andromeda galaxy will merge with the Milky Way galaxy to form one giant elliptical galaxy with the unoriginal name – Milkdromeda in a few Billion years.

Now, it becomes even more depressing. At some point, the galaxies outside the Local group will be so far away that they will be too faint to detect and the few photons that do make it to us will be shifted to such long wavelengths that they’ll be undetectable. Once this happens, no information outside of the Local group will be able to reach us. The universe will recede from view. It will appear to be dark and empty in all directions forever. A being born in the Milkdromeda will think that there is no other galaxy but its own in the whole universe. When they see far into empty space, they will only see more emptiness and darkness. They won’t be able to detect Cosmic Background Radiation and they won’t be able to learn about the Big Bang. They will have no way of what we know today – the nature of the expanding universe, when it began and how it will end. They will think that the universe is static and eternal. Milkdromeda will become an island in the darkness, slowly becoming darker and darker.

Still, with its trillion stars, the Local group is certainly large enough for humanity. After all, we have still not figured out how to leave our Solar system and we have billions of years to explore our galaxy. We have the incredible love to exist at the perfect moment in time to see not only our future, but also our distant past. As isolated and remote as the Local group is, we can perceive the entire universe to be grand and spectacular as it is right now.