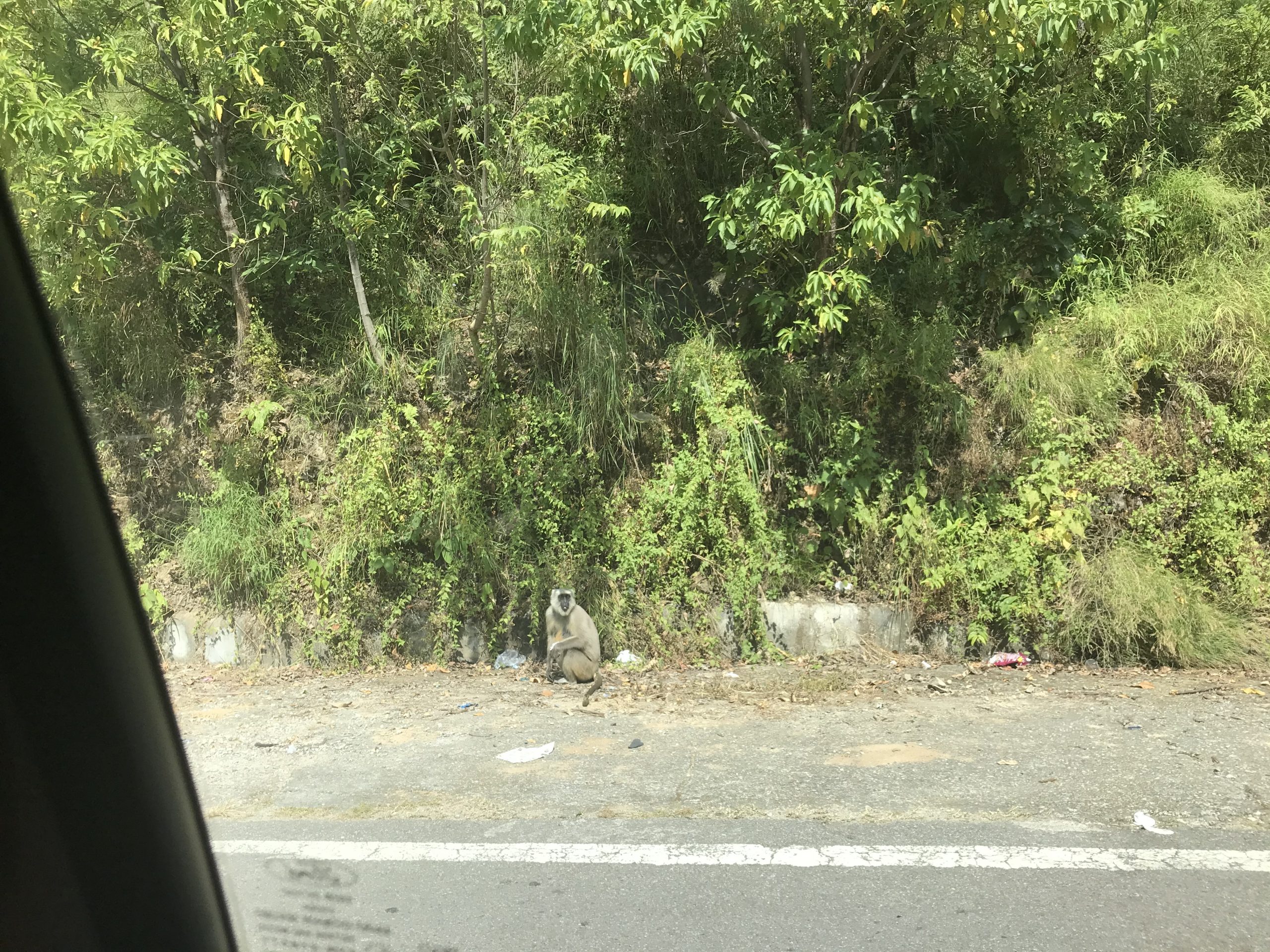 One fine morning a group of friends was lounging at the deck top of the Bara Bungalow Gethia. Drinking coffee, tea, and hot chocolate, while chatting about politics. Of course, they had a lot of sugar packets cause there needed in coffee, tea or hot chocolate. Then just as they were getting into a heated debate a big monkey showed up on the roof above. The big monkey greedily looked over at the sugar packets. No one saw him as they were busy arguing.

The big old monkey on the roof looked down with interest, thinking deeply and made up his mind. He signalled to the other monkeys waiting for his decision, he called out to them for reinforcements, saying that there was something interesting about. The youngest little monkey came over. This was a momentous occasion for him as this was his first mission. He eagerly looked down to where they were sitting and noticed the sugar packets and chattered excitedly. He hopped over to the tree right above the table where the humans were sitting and by now gossiping about drones. This being so, none of them noticed the little monkey except Anya (who was had very sharp eyes). Thinking that no one had seen him, the little monkey gained more confidence. He suddenly jumped on to the table!!

Everybody else also jumped but out of fright. Sanvi was so very surprised that she spilt her full cuppa of hot chocolate all over her PJs. Which was obviously really really hot. However, Anya managed to keep calm and keep the others reasonably calm. Meanwhile, in all the commotion the little monkey had remained still and unblinking on the table. He suddenly jumped towards the bowl filled with sugar packets startling everybody. He grabbed the whole thing – bowl, packets and all – and ran off a little distance. Everybody saw him cleverly opening the sugar packets and eating them. By now they had all calmed down a bit and were taking photos of the little monkey. How the little monkey cheered up and ran off when he saw them taking pictures! And that is the story of the little monkey and the sugar packets!!