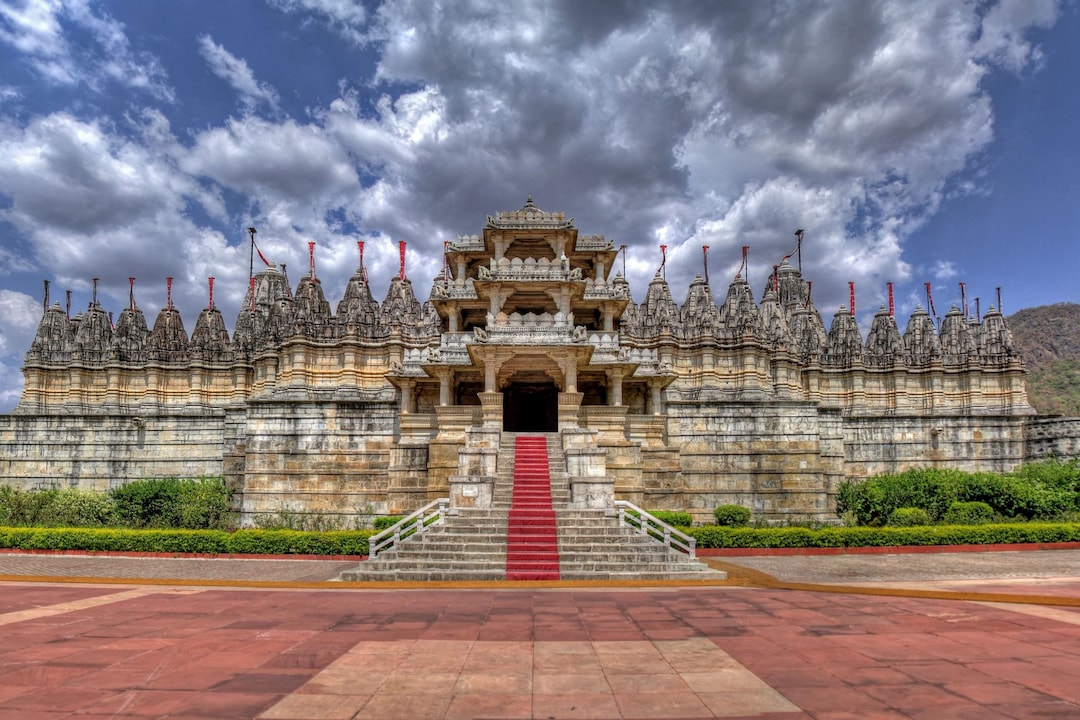 India is a cradle of human values, diverse culture, and heritage. One example of an exquisite building is the praiseworthy Jain temple of Ranakpur in Rajasthan. It is considered to be the best and the finest architecture in Rajasthan. Profoundly known as Chaturmukha dharna Vihar, it is a Svetambara Jain temple devoted to the Pratham Tirthankara [ present avasarpini] Lord Rishabh Dev. Dhana Shah Seth, a Jain business person with lots of effort and devotion started the construction of the temple inspired by a dream of a celestial vehicle

When I visited this place, I landed at the Udaipur airport and took a cab for the 108km journey. At the very first look anyone will be astounded by the beauty and craftsmanship of the temple and its surroundings and so was I.

The history of the Ranakpur Jain temple can be traced way back to the 15th century. The temple is known for its stunning marble architecture. It has 1400 plus Marble pillars with intricate carving which is been appreciated the world over. It is said that all pillars have different carvings and are distinct from one another and they take on various shades each hour as the day propels. The temple has been designed with four entrances thereby giving it the name Chaturmukha. Ranakpur’s Jain temple was nominated in the list of the seven wonders cause of its sumptuous and deific architecture. The monument has an enormous base of 48000 Sqft and 102ft of height.

A very fascinating fact about the temple is that it has no wall, yes you read that right ‘no walls’. The complete structure is standing on the mighty pillars. It has 29 halls and 84 idols of Jain Tirthankaras which makes this a significant Tirth of Jains.

Nearly every inch of the holy place has been chiselled to perfection, which left me speechless. One can also find many engravings of Jain scriptures all around the temple.

An incomplete pillar stares at you from between the alluring maze of pillars. When enquired about it the temple priest told me this interesting tale. The story goes as, Rana Kumbha, the ruler of Mewar wanted a huge pillar to be built in his name. During the construction, a miracle sort happened. The pillar would collapse every day after the workers had left for the night. Rana saheb realized his erroneous ego and learned a lesson to overcome it. He announced the pillar to be left incomplete as a sign of his vanquished ego.

I feel blessed to have the privilege of visiting such a majestic piece of art and I left wondering how laborious it would have been to create this architectural marvel. In an era when we didn’t have modern machinery, it is the craftsmanship of the labourers that have created this magical structure. Architectural brilliance and spiritual serenity combined into one, the magnificence of this temple is beyond words

One can surely feel the celestial aura inside the temple. For the followers of Jainism, Ranakpur Jain Temple is of the utmost importance. Ranakpur temple has its name amongst the top five pilgrimage sites of the Jain tirthas. So if you are not a devotee of Jainism but still as a citizen of India you should take a visit to this Grand Ranakpur Jain temple in the Pali district of Rajasthan.