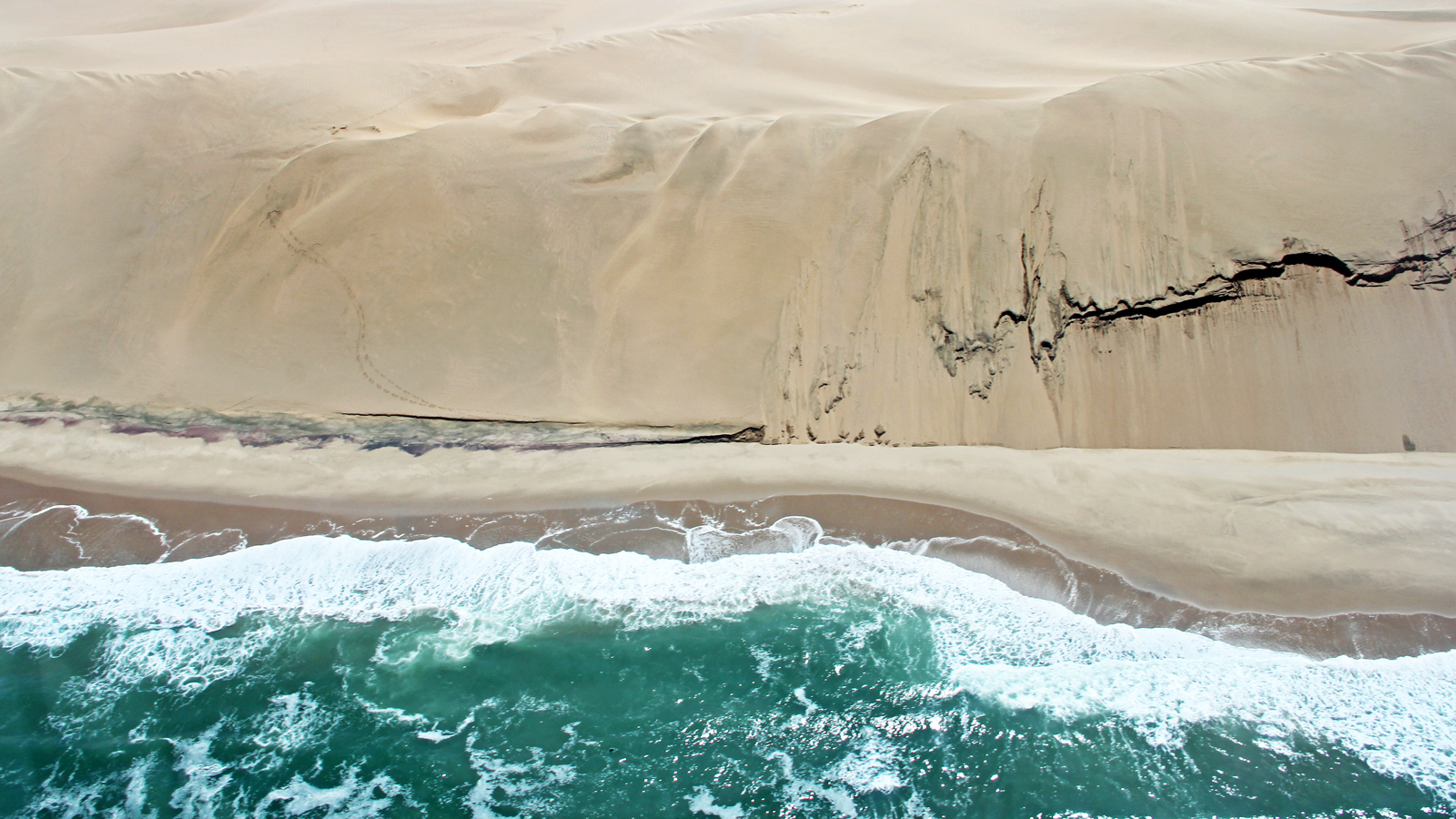 Beaches and coastal areas are one of the regular haunts. Imagine having a casual walk on an evening in a coastal area, when you suddenly see massive skeletons of mega creatures and shipwrecks. This isn’t a filmy scene, it is as real as stars. I am talking about Namibia’s Skeleton Coast situated in the Southern part of Africa. The Skeleton Coast isn’t a destination for every visitor in Namibia. It’s a rough part of the country that draws solely sporting guests, coming up for search of shipwrecks or to experience the world-renowned Skeleton Coast surfboarding. The Bushmen of the Namibian interior referred to the region as “The Land God Made in Anger“, whereas Portuguese sailors once referred to it as “The Gates of Hell“.

The etymology of this place is simple. It gets its name from the eerie graveyard of huge whale bones that once littered the place from the whaling industry: whaling being the process of hunting whales for their usable products such as meat and blubber, which could be turned into a type of oil that became increasingly important in the Industrial Revolution. By the 16th century, it had risen to be the principal industry in the coastal regions leading to mass hunting of whales. Although in modern times the coast harbours the skeletal remains of the shipwrecks caught by offshore rocks, thick mist that descends along the shoreline and unpredictable Benguela current. More than a thousand of these shipwrecks litter the coast, notably the Eduard Bohlen, Benguela Eagle, Otavi, Dunedin Star and Tong Taw.

“Skeleton Coast” was the name coined by John Henry Marsh as the title for one of his written works. It chronicles the true story of the wrecking in 1942 of the cargo liner Dunedin Star and the eventual rescue of all her 106 passengers and crew, at the cost of an SAAF aircraft, lives of two rescuers and a tug. After the first publish in 1944, the book has become so well known that the coast is now generally referred to as Skeleton Coast and is given that as its official name on most maps today.

Out of many, the oldest shipwrecks in the Skeleton Coast region is the wreck near the town of Oranjemund which was wrecked during the 1530s, four and a half centuries ago, being one of the oldest discovered shipwrecks of the Iberian Atlantic tradition in Sub-Saharan Africa.

Besides the shipwrecks and whale bones, the fauna of Skeleton Coast includes several animals; baboons, giraffes, lions, black rhinoceros, spotted and brown hyena, as well as springbok to name a few. Several of the plant and insect species of the ridge systems live on the thick ocean fogs which engulf the coast for their moisture and windblown detritus from the interiors as food. One of the surprising facts is that the animals get most of their water from wells dug by the baboons or elephants. The declining Black Rhinoceros population was the main reason why the CBBC show Serious Desertwas filmed in the region.

A visit to the Skeleton Coast National Park: which is one of the most inhospitable places within the oldest desert on earth in Namibia, will surely fetch one an adventurous experience. It would definitely be a great place for making videos and reels with those ancient, spooky Shipwrecks and Whale bones……