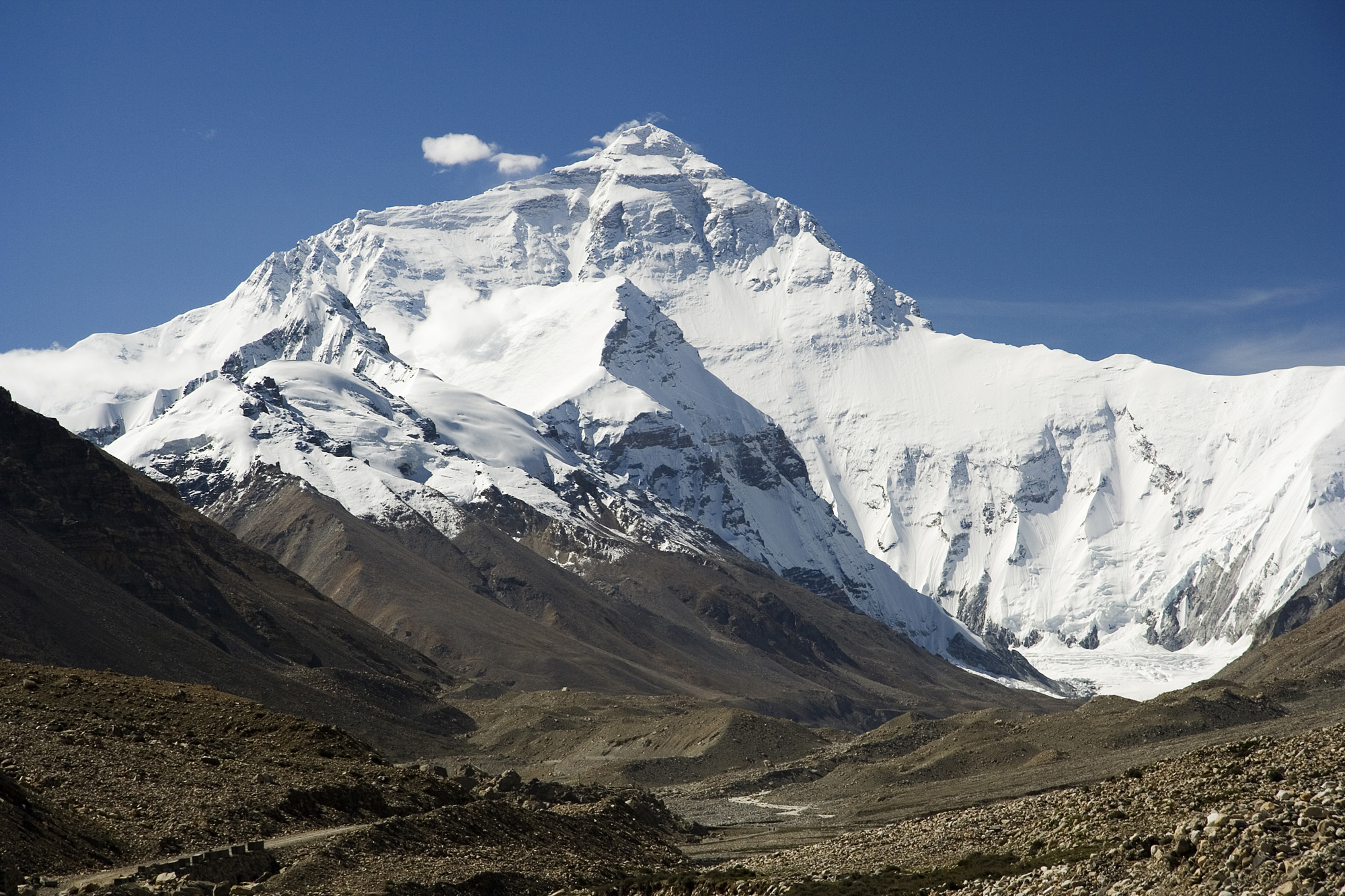 Mountains are defined as elevated portions of the Earth’s crust that rise abruptly from the surrounding level and reach a high altitude in relation to the adjacent elevation. They look majestic and breathtaking. Mountains cover approximately 26.5% of the global land surface and house more than half of the world’s population. It is estimated that mountainous ecosystems contain one-third of the world’s terrestrial biodiversity, and mountain glaciers store more than 80% of the world’s fresh water. According to several studies, there are approximately 108 high mountains on the planet that reach elevations of more than 7,200m. The Himalayan and Karakoram Mountain Ranges contain the majority of the world’s tallest summits, which are located on the edges of the Indian and Eurasian tectonic plates in Nepal, India, China, and Pakistan.

Due to the fact that mountaineering is a popular hobby or career, mountains provide a lot of tourism to the countries that house them. Countries which house mountains always have a slight advantage in war, because mountains provide great support and shelter. The other country will have to cross the mountain to invade which will cause great difficulties.

Mount Everest, with an elevation of 8,848.86m, is the world’s most famous and highest mountain. It is also the most visible of the Seven Summits of the World. Mount Everest is located in the Himalayas’ Mahalangur Himal subrange, on the border between Nepal and China’s Tibet Autonomous Region. The native Tibetans refer to the mountain as “Chomolungma,” while the Chinese refer to it as “Zhumulangma Feng.” The mountain is known as “Sagarmatha” by the Nepali people and the Nepali government. On the slopes of Mount Everest, several glaciers, including the Kangshung Glacier, the Khumbu Glacier, the Pumori Glacier, and the Rongbuk Glaciers (East, Central, and West), can be found. These glaciers are the source of many rivers, including the Lobujya, Rong, and Kama rivers. Mount Everest, the world’s highest mountain peak, attracts tourists and climbers from all over the world, with over 5,000 people attempting to summit the mountain each year. The ascent of this mountain, however, is considered extremely difficult, and only experienced mountain climbers can reach its highest peak. On May 29, 1953, New Zealand mountaineer Sir Edmund Hillary and local Nepali Sherpa Tenzing Norgay became the first men to reach the summit of Mount Everest. As of 2017, over 7,600 people had reached the summit of Mount Everest, with approximately 300 people dying in their attempts.

Mount K2, also known as Mount Godwin-Austen or Chhogori, is the world’s second-highest mountain after Mount Everest, rising to an elevation of 8,611m. The mountain is part of the Karakoram Mountain Range, which is located partly in China’s Tashkurgan Tajik Autonomous County in western Xinjiang and partly in Pakistan’s Gilgit-Baltistan region. Mount K2 is known as the “Savage Mountain” by mountaineers and is considered one of the most dangerous mountains to climb in the world. According to records, approximately one person dies on the mountain for every four people who reach the summit. On July 31, 1954, Italian mountaineers Lino Lacedelli and Achille Compagnoni became the first men to reach the summit of Mount K2.

Mount Kangchenjunga, with an elevation of 8,598 metres, is the world’s third-highest mountain and India’s highest peak. It is located along the border between India and Nepal in the Kangchenjunga Himal section of the Himalayan Mountain Range. Three of Kangchenjunga’s five major peaks lie on the border between the Indian state of Sikkim and the eastern part of Nepal, while the other two are in Nepal’s Taplejung District. Since ancient times, the people of Sikkim and the Darjeeling district of West Bengal have revered the mountain as “sacred.” Many protected areas have been established to protect and preserve the unique Kangchenjunga ecosystem, including the Khangchendzonga National Park in Sikkim, the Neora Valley National Park in Darjeeling, and the Kangchenjunga Conservation Area in Nepal. Joe Brown and George Band, two English mountaineers, became the first to successfully climb Mount Kangchenjunga on May 25, 1955.

Mount Lhotse is the world’s fourth-highest mountain, rising to an elevation of 8,516 metres. It is located in the Mahalangur Himal section of the Himalayan Mountain Range, on the border between Nepal’s Khumbu region and China’s Tibet Autonomous Region. Mount Lhotse is part of the Everest massif and is linked to Mount Everest by the razor-sharp South Col. Mount Lhotse also includes the smaller peaks of Lhotse Middle and Lhotse Sar, which rise to elevations of 8,414m and 8,383m, respectively. On May 18, 1956, Swiss mountaineers Ernst Reiss and Fritz Luchsinger became the first to ascend Lhotse’s main summit successfully.

Mount Makalu is the world’s fifth-highest mountain, rising to an elevation of 8,485 metres. It is located along the border between Nepal and China’s Tibet Autonomous Region in the Mahalangur Himal section of the Himalayan Mountain Range. Makalu is best known for its pyramid-shaped peak, but it also has two noteworthy subsidiary peaks, Kangchungtse or Makalu II at 7,678m and Chomo Lonzo at 7,804m. Lionel Terray and Jean Couzy of France became the first climbers to successfully summit Mount Makalu on May 15, 1955.

Mount Cho Oyu is the world’s sixth-highest mountain, rising to an elevation of 8,188 metres. The mountain is the westernmost major peak of the Khumbu sub-section of the Himalayan Mountain Range’s Mahalangur Himal section. Mount Cho Oyu is located near the Nepal-China border, about 20 kilometres west of Mount Everest. Mount Cho Oyu is regarded as the “easiest” eight-thousander to scale. Herbert Tichy, Joseph Jöchler, and the local Sherpa Pasang Dawa Lama became the first climbers to successfully summit Mount Cho Oyu on October 19, 1954. On February 12, 1985, Polish mountaineers Maciej Berbeka and Maciej Pawlikowski made the first winter ascent of Mount Cho Oyu.

Mount Dhaulagiri I, with an elevation of 8,167 metres, is the world’s seventh-highest mountain and the highest mountain entirely within the borders of Nepal. The Dhaulagiri massif is bounded in the southeast by the Myagdi Khola River and in the southwest by Bheri River tributaries. The Kali Gandaki River’s Kali Gandaki Gorge separates the Dhaulagiri and Annapurna mountains in the west and east, respectively. On May 13, 1960, Kurt Diemberger, Albin Schelbert, Peter Diener, Ernst Forrer, and two Sherpas, Nawang Dorje and Nyima Dorje, became the first climbers to reach the summit of Mount Dhaulagiri I.

Mount Manaslu is the world’s eighth highest mountain, rising to an elevation of 8,163 metres. The mountain is located in Nepal’s Gorkha District, in the Mansiri Himal subrange of the Nepalese Himalayas. Manaslu is derived from the Sanskrit word “Manasa,” which means “soul” or “intellect,” and refers to the “mountain of the spirit.” Mount Manaslu had been climbed approximately 297 times as of 2008, with approximately 53 people dying in their attempts. A Japanese expedition team led by Toshio Imanishi and Gyalzen Norbu became the first climbers to reach the summit of Mount Manaslu on May 9, 1956.

There are so many different mountains all over the world. Mountains take years to build up which makes them a critical part of the earth. Every mountain has its own history and its own environment that has taken years to develop and adapt. Just for raw materials, when we cut through mountains, we destroy hundreds of years of life and the animals and plants that live there.