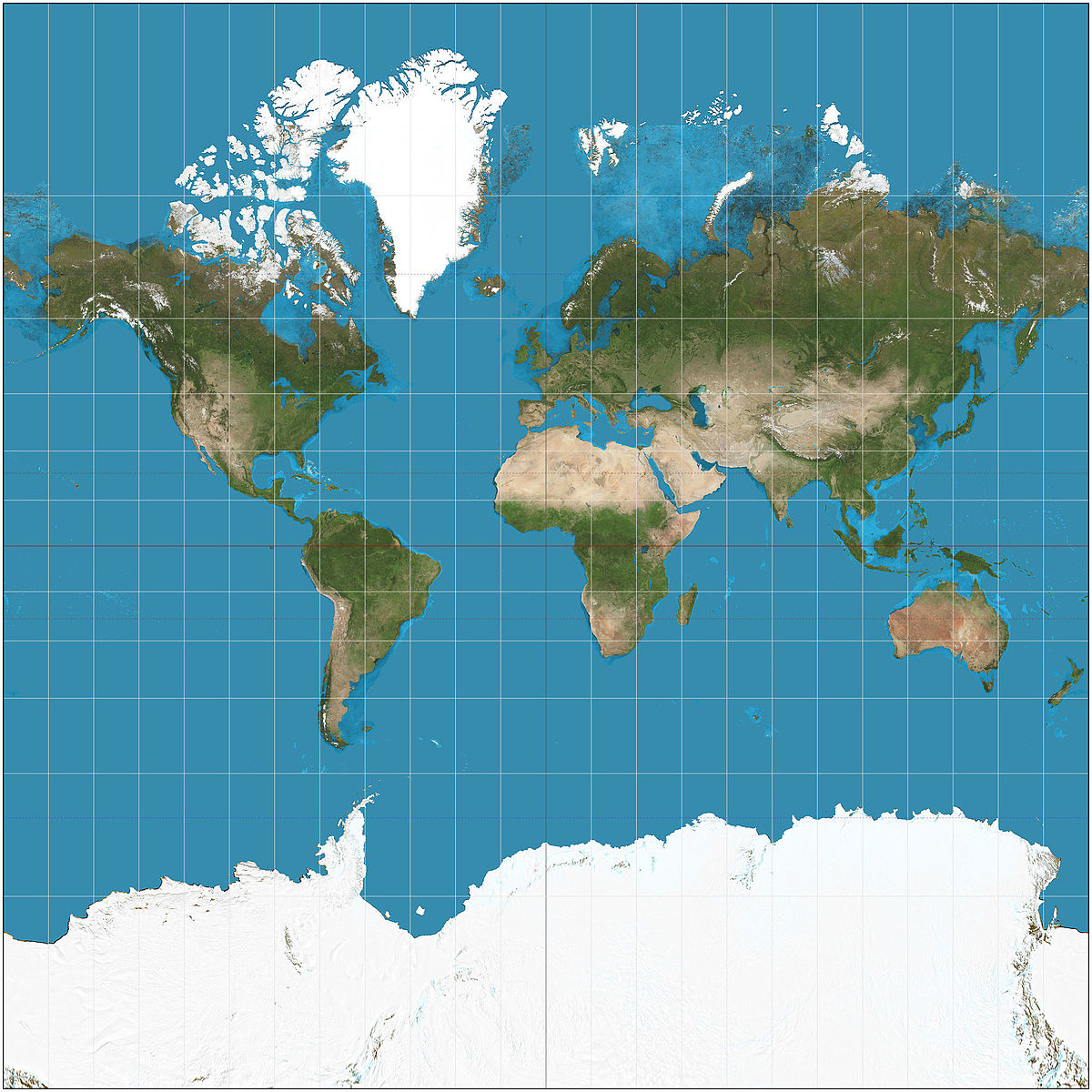 Within the past few decades, the use of the Mercator Map has grown exponentially. This map has been embedded in our minds. We have been brought up thinking that this topographical depiction is a correct representation of our world. But, is it?

Research shows that the Mercator projection, the map most commonly seen hanging in classrooms and textbooks, gives the right shapes of landmasses, but at the cost of distorting their sizes depending on their position relative to the equator. On the other hand, there is a map made by cartographer Gall-Peter, that accurately shows the sizes of the countries at the cost of deforming their shape. However, this map is scarcely used and very few people know about it.

As you can see, in the standard world map, Greenland seems almost as big, if not bigger, than South America but in reality, South America is more than 8 times bigger. Similarly, South America and Africa seem comparable in size but in the real world, South America covers a mere 17,840,000 km2 whereas Africa covers an area of 30,000,000 km2, a little less than double of what is portrayed. Also, looking at the Mercator map, one can safely conclude that Russia is at least 6 times the size of Australia, if not more, but when examining the Gall-Peters map one almost immediately notices Russia dwindling to a size of only 2.2 times the size of Australia.

While analysing both the Mercator and the Gall-Peter projection I reached a rather peculiar conclusion. I realized that in the Mercator map, the countries with white-skinned people have all been enlarged whereas the countries with darker-skinned people have dwindled. Is this a form of unchecked racism? Why? Why are the Caucasian countries enlarged? To show power? To show wealth? To show that they dominate the world?

On researching more about this, I understood that the Mercator map was never meant to be used as a world map. The Pope had asked Gerardus Mercator to create a map to show the rise of Christianity, not a world map. Yet, here we are, bequeathing misinformation to our future generations.

So next time you examine the Mercator map, you should know that it isn’t a true reflection of our world. There are mistakes, there are inaccuracies. After all, it is almost impossible to depict our spherical world on a rectangular paper.