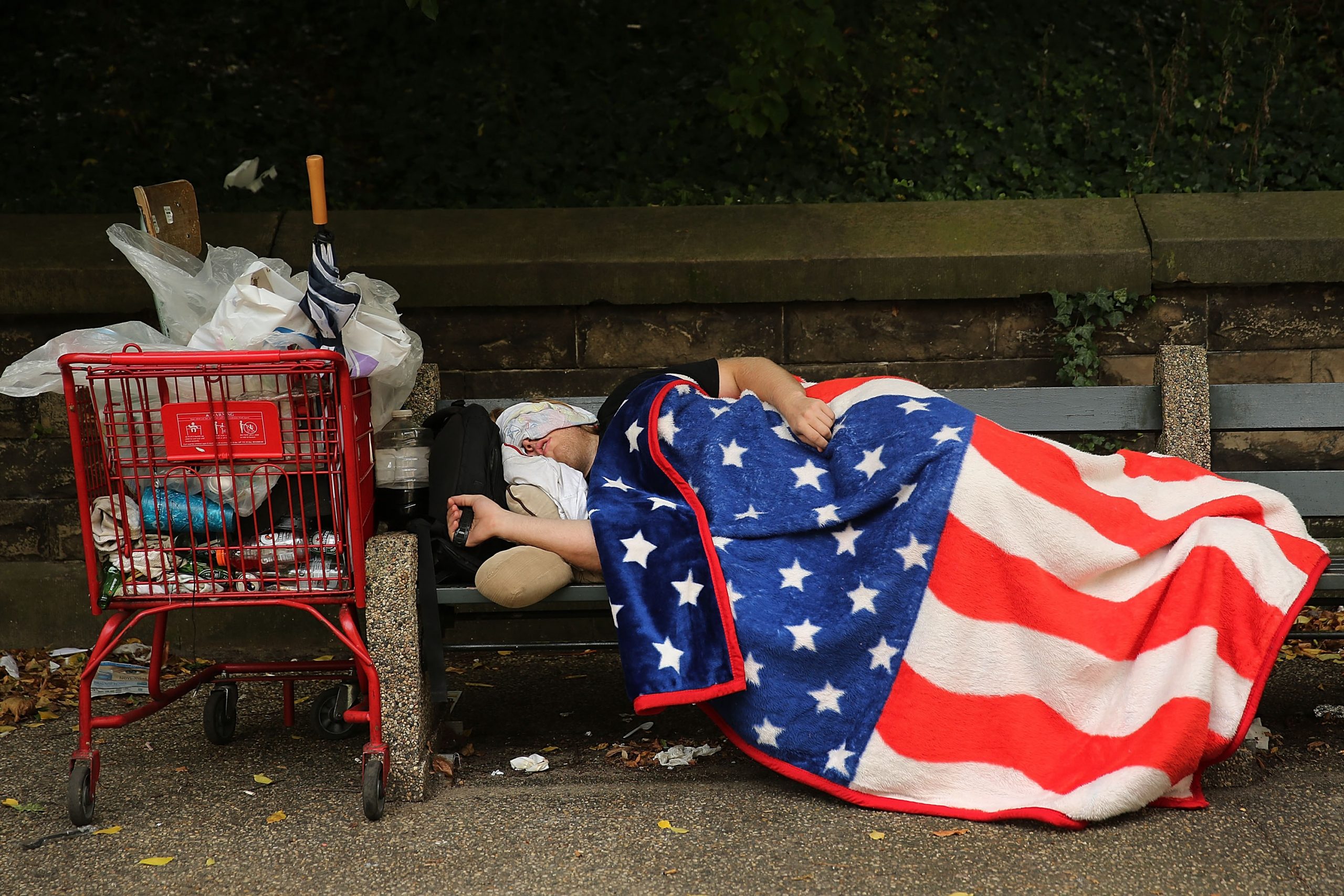 Teen homelessness is a bitter reality for many youths in the United States, and yet unnoticed by the majority of the general public. At least one in 30 adolescents ages 13–17 experience some form of homelessness unaccompanied by a parent or guardian for over a year.

The homeless population is extremely disproportionate towards youth, with almost 40% of the homeless in the United States being under 18.

Homelessness, especially to those of a younger age happens due to the almost unspeakable evils they face in their everyday life. These include substance abuse and domestic violence. Family dynamics and internal problems can traumatize teens in ways more than one. Emotional trauma paired with pain from domestic violence can severely affect their mental state.

According to a study of youth in shelters, nearly 50% reported intense conflict or physical harm by a family member as a major contributing factor to their homelessness. In such a dire position, they find no way to escape other than running away and living in the street.

The guardians of these teens are also to blame, with regarding youth who run away, 41% have been abandoned by their parents for at least 24 hours and 43% have been beaten by a caretaker. This occurs more frequently than what most of us expect with an estimate of 1 in 5 children in the United States running away from home at least once.

Substance abuse is the escape mechanism for many of these teens who seem to be trapped in a life they despise. About 80% of homeless youth (aged 12–21) use drugs or alcohol as a means to self-medicate to deal with the traumatic experiences and abuse they face.

Many teens who suffer from family problems are placed in a foster home, but time and time again, we have seen how the foster home system is incompatible for many teens. Due to their emotional trauma and other reasons, many teens can’t handle a new family and new lives and run away.

Those that do try and rehabilitate are quick to become homeless again due to their unpreparedness in living alone and lack of social support.

This is why more than 25% of former foster children become homeless within two to four years of leaving the system and 50% of adolescents aging out of foster care and juvenile justice systems will be homeless within six months.

There is a multitude of groups that are overrepresented in the teen homelessness demographic. Approximately 40% of homeless teens identify as LGBT, usually due to their family being unable to accept them as the people they are.

The 1.7 million teens that experience homelessness in the United States also face a tremendous amount of problems while living in such extreme environments.

Youths in such a precarious position are exposed to unhealthy activities such as unsafe sex, this causes the spread of sexually transmitted diseases such as AIDS and HIV to become more prominent.

As a result, HIV rates for homeless people are 3 to 9 times higher than that for the rest of the public. Lack of financial support means that they barely get enough to eat, this can be degrading to their immune system. 57% of homeless kids spend at least one day every month without food.

Lack of food at such a young age can also lead to malnutrition and a weaker immune system to fight off diseases that they might face. Continuation of substance abuse leads to a destructive lifestyle, especially since the finances to fund their cravings are not present.

As a way to get out of homelessness, many find themselves trapped in dangerous circles and are eventually forced to participate in sexual activities that are degrading to their mental health.

In the United States, as many as 20,000 kids are forced into prostitution by human trafficking networks every year. Teens cannot even attend the basic education they need, due to a lack of proof of address or medical records.

Taking all of this into consideration, volunteering at homeless shelters can be an amazing experience. By giving back to the community in its purest form, you are helping save a life.

The homelessness shelter is a haven where the potential of these teens is realized. By helping this transformation you are creating a unique connection with the community and this good deed allows individuals around the world to practice altruism.

After we are educated on the topic, we should strive to make it better. The federal government currently spends $114 million for shelters, housing, and services for homeless youth but all of these resources do not reach everyone in need.

Elizabeth Bowen, a professor from the University of Buffalo says,

More than 90% of children are left without shelter as less than 4,200 beds are provided to the youth homeless. The collaboration of nonprofit organizations and charities to create a more complete and sustainable plan would be a great first step towards solving this heartbreaking issue.

In the end, no one should have to live without a caring home, no child should be forced to become homeless.