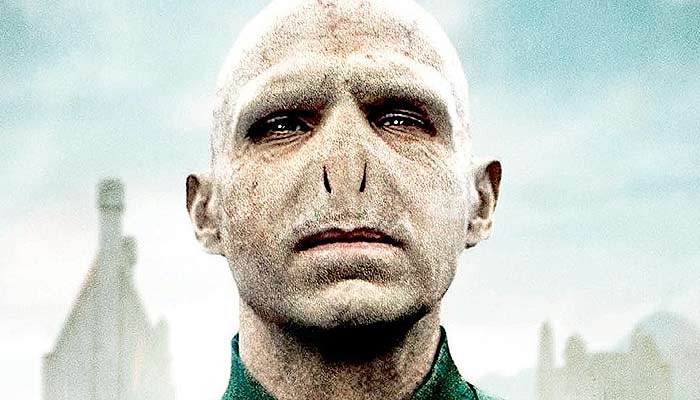 Tom Riddle, also known as Voldemort, was an adroit wizard. Unfortunately, not a single eminent wizard of the time took him in his wings to provide Voldemort with the guiding principles of the wizarding world. For example, Dumbledore could have acted as Tom Riddle’s mentor. It can’t be completely Voldemort’s guilt to have inadequacies in his persona when he wasn’t nourished with the correct thoughts. Voldemort was outlandish, while also impetuous. He was well-known for his legilimency skills. He believed that power has more strength than love. Voldemort could have triumphed in his first endeavour to kill Harry Potter but it was the protection cover of love put by Harry’s mother that saved him.

In the clip where Harry glimpsed the past in the magical basin from Harry Potter and The Half-Blood Prince, he saw Dumbledore going to Tom Riddle’s orphanage. When Dumbledore went upstairs to meet Voldemort, he had pinned photos of various places on the walls, the very places where he later hid some of his Horcruxes. There was a diary on the table, the same diary that Tom Riddle later made a Horcrux. Dumbledore had seen Voldemort’s transformation from a tall, handsome, and charming man to dull, gloomy, and unusually thin after his reappearance.

The concept of Horcruxes was taught to Voldemort by Professor Horace Slughorn when he was tricked into discussing Horcruxes. Voldemort later laid 7 Horcruxes. When Voldemort began making Horcruxes, by dividing his soul little by little, he started to become less human-like. It was evident because his face was starting to go white, waxy, his eyes were redder while his nose became flatter and snake-like. There are a few details about Horcruxes that have been revealed in the original books that have been left out in the movie. For example: the exact process of making a Horcrux. It is revealed that murder is required and there is a spell involved, but the rest is left as a blur in the movie.

“Does the Horcrux need to be made immediately after the murders or can it wait for a while?” is one of the questions not answered. According to the Harry Potter Wikipedia, we know Tom Riddle used the murder of Moaning Myrtle to turn the diary into a Horcrux and the murder of Tom Riddle Sr. to turn the Marvolo’s ring into a Horcrux. We already know that the second incident happened a short while after the first. But we don’t know precisely when the Horcruxes were made. The first fact we learn about Riddle’s meeting with Slughorn is that he’s already wearing Marvolo’s ring which indicates his father has already been murdered. It also indicates that Moaning Myrtle was dead too. So we know that two murders were already committed.

Now, we don’t know if Voldemort had used these two murders to create Horcruxes beforehand. Through the books and the memories visited, we learn that every time Voldemort created a Horcrux, his physical appearance was altered. In his meeting with Slughorn, Voldemort as Riddle is still described as most handsome which implies that he may not have created any Horcrux yet. Also, according to Dumbledore, Voldemort wearing Marvolo’s ring means that the second Horcrux was yet to be made when he met Slughorn. I don’t believe that Voldemort had already made a Horcrux when he met Slughorn. He surely had every intention to do it, but he was looking for one final detail before he could put his project in motion. Voldemort was unsure about how to and if he should create more than one Horcrux and if he would have to face any other consequences”. What he particularly wanted from Slughorn was an assertion on what would happen to a wizard who creates more than one Horcrux, what would happen to the wizard who would readily and repeatedly murder in order to dodge death. Dumbledore knew the answers to these questions and he slowly gave hints to Harry such that Harry could find these answers.

It was because of Voldemort the story of Harry Potter got interesting and exciting enough. It created a notion of superiority for Harry, Dumbledore, Snape, and numerous witches and wizards. Without Voldemort, the story wouldn’t be gripping. The character of Voldemort has enriched Harry Potter’s legacy.