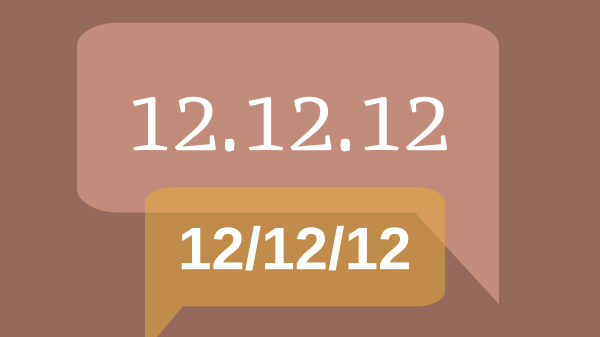 Caroline sighed as she removed the painting hanging on the bare wall. Unlike her brother, she had been quite attached to the ancestral house she would now have to sell.

The furniture had been moved; the wooden floors had been polished and looked brand new. Caroline took a last look at the empty room. Suddenly, the complete silence in the house was broken as the painting slipped from her hands and landed with a crash on the floor. Caroline bent down, horror-struck to look at the broken frame as several pieces of shattered glass fell out. Shaking off the glass, Caroline picked up the painting carefully when her eyes fell on the engravings behind the painting.

Forgetting all about the mess she had made, Caroline turned her attention to the engravings behind the painting. After a few minutes of turning the painting in her hands, she realized that those engravings were a set of numbers- 12 12 2012 and a couple of drawings.

The sun was setting and Caroline drove back home, her thoughts occupied by the numbers behind the painting. Suddenly she remembered. Her car skidded to a halt, her brain racing. Then she understood – they weren’t just a set of numbers but a date – the same date that her parents had died. The 12th of December, 2012. Another realization crashed over her. Her grandparents had died on the exact same date five years ago.

Caroline drove home in a haze. She’d never known how her parents or grandparents had died. Only now after discovering the date behind the painting, did she understand that there must be something else behind their deaths- a secret.  They weren’t just normal people, Caroline knew that.  She’d hardly known them for they spent most of their lives in different places.

Suddenly there was a screech of tires as a car coming from the opposite direction crashed into hers and then skidded to a halt. Caroline banged her head onto the steering wheel and her car veered off course.

The next thing she knew she was in the hospital, her brain a whirl of images from the previous night. She remembered the painting. Panic flooded her. She closed her eyes.

Once discharged from the hospital, she decided to inspect her car. Hastily, she started looking for the painting. However, the only thing that was there was a note threatening her to stop looking if she didn’t want to be what her parents were. Caroline snorted but the words ran around her head all the while.

There was something else. If she found the painting, she could be attacked again. If she didn’t she would never know the truth. And the more she thought about it the more sure she was that perhaps she would also spend her life like her parents. And there was another strange possibility – would she, like so many generations before her, die on the same date?