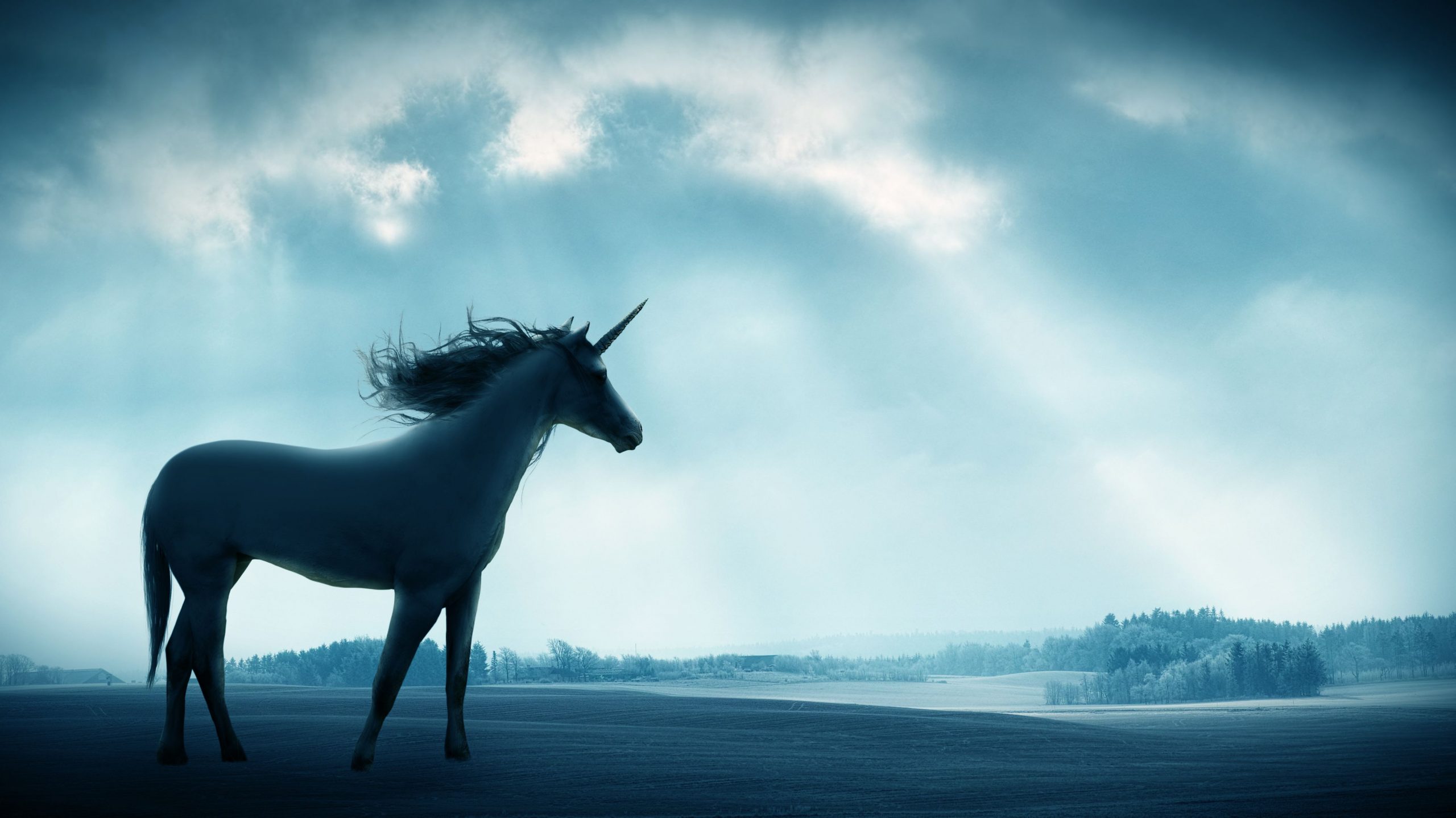 Once there was a unicorn named Star. She was the daughter of the queen of Univille. She was very pretty and wise. Though she was a princess, she was very polite and always ready to help people. She had long, purple and silky hair. She was a white unicorn and was obedient and sincere. One day, she was grazing in a field when a sudden crash was heard. It was a storm ” Helppppp” shouted Star. She ran for her life. When she reached the river bank she slipped into the water. As she was drowning, she saw a sandcastle at the bottom of the river. She swam and went inside the castle. She saw a witch looking in a mirror. The witch didn’t know about Star’s presence. This was Stars’ chance to escape. As she came near the door, she heard a voice, “Good morning ma’am, my name is Ursala the witch” said the witch. “Ahhhh” shouted Star. “Don’t be so scared ma’am?” said Ursala. “Uh, oh,” said nervous Star. “Please can u tell me how can I go ashore? I slipped into the river while escaping from a storm” asked Star. “Yes sure, but I need some of your hair in return,” said Ursala. ” Umm fine,” said Star and plucked out a strand of hair. Ursala chanted some words after taking some of Star’s hair and Star was ashore.

“Yay” Star shouted, but little did she know that Ursala was a wicked witch and she used Star’s hair to make herself the queen of the Seven seas. Ursala ruled the seven seas and put out evil orders. Star ran home bursting with excitement to tell her mother about her encounter in the sea. When she reached home she told her mother the whole tale. Her mother exclaimed with fear “Don’t you know how powerful and magical unicorn hair is? You gave it to an unknown witch. Do you even know if she was a good or bad witch? The seven seas could be in grave danger. “Oh mother, I am sorry but I had no other way to come ashore. I promise I will try my best to get my hair back” said Star. She kept her promise and immediately started collecting information about Ursala. But Ursala was nowhere to be found. She borrowed her mother’s witch book, which was her last hope. In the book she found Ursala, it said…

Ursala is one of the darkest and strongest underwater witches known to the world. She was known to create a storm on land to trap innocent unicorns and ask them for their hair.

“Oh” so that’s her trick thought Star. An idea formed in Star’s head. She thought of giving Ursala a taste of her own medicine. She searched for a recipe to make an underwater storm so strong that it should wash an underwater witch ashore. It called for unicorn hair and rose petals only. She had to break the rose petals into tiny pieces, put the unicorn hair over them and say “underwater storm thunder lighten” and then she had to say the witch’s name and drop it in the sea. So easy thought Star, soon Ursala is going to be in grave danger, not the Seven seas. What Star didn’t know was that she was in danger as her mother was a bitter enemy of Ursala. Through her spies, Ursala got to know who Star was and regretted letting her go. Ursala tried planning an attack but Star’s mother, who knew her daughter was in danger, cooked a spell that would not allow anyone to hurt Star. When Star performed the spell, it caused a tremendous and powerful underwater storm. It didn’t just wash Ursala ashore but also killed her. When it was over Star saw many strands of unicorn hairs float near the river bank. As she bent down to touch them, a blue, glowing and thin shape of a unicorn appeared. The shape warned Star in a very hollow and concerned voice “Don’t touch them. They are meddled with by dark magic. If you touch them you may be in great danger.”  After the shape disappeared, Star thought for a moment to leave the hair behind. However, she was afraid of leaving them there as the unicorn hair had powerful magic and somebody could misuse them. Star took them home to her mother, who put them in a magical jar. She said, “you did the right thing bringing back these hairs and fighting Ursala.” Star was not listening to her mother but was thinking about the wise and old unicorn’s warning. Her mother sensed something was wrong. She asked Star “what’s wrong? Is there something troubling you? You look so worried?”. Star told her mother about what had happened. Her mother said “The old and wise unicorn doesn’t warn unless it is important and very dangerous. We should be alert.” The following morning an announcement was made to tell the unicorns of Univille to stay alert and report any strange happenings. Guards and soldiers were sent and stationed all over Univille to protect it. Soon, queen Starlena received reports about of unicorns falling ill after seeing a black unicorn. Queen Starlena told Star “This black unicorn is like an illness. Any ideas on how to destroy him?” Star said, “Yes if he is an illness then we can destroy him by medicine.” Her mother asked, “But what is the medicine?” Star replied, “That is what we have to figure out.” Starlena said “Star, you are wise and always look for solutions? When you become queen, the kingdom will be safe and prosper during your reign”. Star and her mother thought in silence and Star came up with an idea. Her idea had three steps:

“Great idea!” exclaimed her mother. They searched and decided to cook Stop Me Smoothie.

Whoever drinks Stop Me Smoothie will not be able to harm anybody.

Then they invited the black unicorn to their castle. “Hello, my name is Victoy. Thank you for inviting me your highnesses?” said the black unicorn. “Please come in. You must be exhausted by your journey here,” said Starlena. “Thank you,” said Victoy. “Would you like a refreshing fruit smoothie?” asked Starlena. “Yes, thanks,” said Victoy. The waiters served smoothies for Starlena and Star and Stop Me Smoothie for Victoy. While having a conversation Victoy accidentally let slip that he was going to regain his lost kingdom and he was taking power from every unicorn so he could fight the rulers of his lost kingdom. He lived in the palace for a few days. One day he, Star and queen Starlena were roaming in the royal gardens when suddenly Victoy grabbed Star and said “Farewell, I am going to the land of flowers and birds none of you are going to find me. I am taking Star with me and I will use the essence of power to gain back my lost kingdom.” “What lost kingdom?” asked Starlena. But the black unicorn had sped off into the horizon. Worried about her daughter’s capture, Starlena sent soldiers after soldiers to find Star. However, she was nowhere to be found. Finally, she decided to travel to the land of flowers and birds on herself to rescue her daughter. She created a spell to help her track Victoy. As she entered the land of flowers and birds she saw that she had to cross shiny dewdrop plain.

Starlena hurried to Beeville, where honey fairies lived. Just as she reached Beeville, she saw Victoy arriving. She prevented him from taking the princess Stare by creating a magical barrier between him and Beeville. Angrily he said “You have ruined only a small part of my plan by not allowing me to take the essence of the unicorns and preventing me from capturing princess Stare of Beeville. I shall not permit you to ruin the rest of it.” She said, ” You can control your own actions, not mine.” ”Well, is that what you think.” saying that he left. Starlena also decided to go to the fragrant village and when she arrived, she saw Victoy buying the Forget Freely Fragrance. she stopped the fragrance fairies and said he will use it to harm the land of flowers and birds, but they said sorry only queen Star can rule us. This caught Starlena’s attention, she asked where does queen Star live. They said at Starlena palace. Starlena wondered was the queen of flowers and birds really her daughter. She decided to journey to Starlena’s palace. When she asked the fairies where Starlena palace was, they pointed in front of the fragrant village. There stood a magnificent castle which was golden coloured. As Starlena reached the moat she saw many flowers blocking the path. The flowers opened up after she walked through. As she reached, she saw two big statues and as she was passing them they checked her and said welcome queen Starlena, queen Star was so sad without you. “Weird,” thought Starlena. “Mother” came a voice. Starlena turned around to see Star standing there. ”Star. What are you doing here and where is Victoy.” Asked Starlena. Star said “Well, Victoy offered me that if I tell him how to make the king of the seven stars forget that he is the king, Victoy will not harm anybody else. Also, he promised to set me and that poor little fairy free and rule as a wise and just king. So, I thought of giving him another chance and I told him to buy forget freely fragrance and he did everything as he had promised. I thought of going home but did not know the way. Then the citizens of the land of flowers and birds crowned me as their queen because I had protected them from Victoy. I waited for you to arrive or respond to my telegram. “I did not get your telegram. After Victoy kidnapped you, I came to this kingdom to save you. It looks like you saved yourself and the others from Victoy’s evil intentions. Now let us go home.” Said Starlena. Star replied “Yes. What an adventure we have had. Now I want some rest.” “Okay.” Said Starlena. So they set for home. On their return, the unicorns of Univille rejoiced. Star smiled at her mom. After that, the unicorns of Univille and the creatures of the seven seas lived happily without fear of anything.