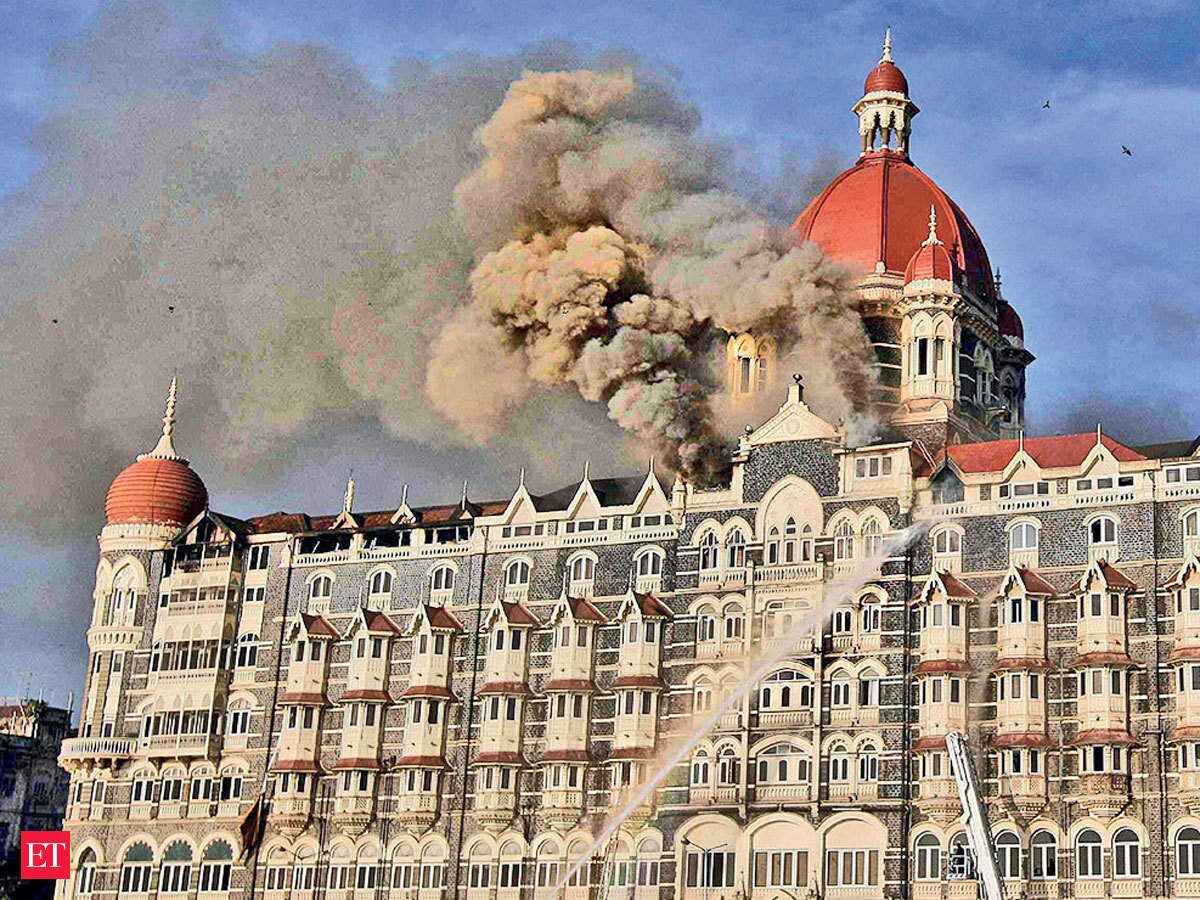 So, how exactly did all this begin? How did the terrorists land in Mumbai in the first place? Were they caught? These might be some of the questions fluttering around in your mind as you read this piece. Read on, dear reader to understand the details and workings behind this disastrous episode.

The terrorists entered Mumbai via sea, (since it’s a coastal city) from Karachi, in Pakistan. It was on the night of November 23, 2008, that the group hijacked an Indian fishing trawler by the name of MV Kuber. They boarded the trawler, pretending to be lost at sea, and killed captain Amarchand Solanki, as they came closer to Mumbai. Keep in mind that they did not enter Mumbai via the Kuber, but launched an inflatable boat to infiltrate the city. They set foot at 8:15 and armed with grenades, AK-47 rifles, mobile sets, and more, they hijacked cars (including a police one) and launched their first attack on the Chhatrapati Shivaji Terminus station.

It was here that Ajmal Kasab (whose name you might have heard) and Ismail Khan, in a 90-minute attack at 9:20 pm, killed almost 58 people at the station and injured over 100. You see, the group had divided themselves into smaller groups, each was tasked to attack the 5 key locations mentioned earlier. After Kasab and Ismail finished their attack on CST, they moved towards the Cama Hospital. Luckily, they were thwarted by extremely alert hospital staff members. However, a great loss was suffered as 6 police officials were killed including ATS chief Hemant Karkare, Vijay Salaskar, and Ashok Kamte.

The attack by the next group was reported 8 – 10 minutes after the CST attack. This time, it was at the Nariman House Business and Residential Complex. Before attacking the complex, the terrorists bombed a gas station nearby.

It was at 9:40 pm that the next group of terrorists struck at the popular Leopold Cafe. In what was a short attack (about 10 – 15 minutes), the terrorists killed 10 diners, also planting bombs in two taxis which killed an additional 5 people and injured 15.

This when the terrorists attack the Taj Mahal Palace Hotel, the attack that comes to everyone’s mind when they hear of 26/11. 4 terrorists attacked the iconic dome structure. They first attacked guests around the swimming pool and then moved inside. Two of the terrorists attacking entered through the front door and sprayed bullets and grenades inside. In what became a 4-day siege, 31 people were killed and many were held hostage. The terrorists also set bombs under the central dome of the Taj Mahal Hotel, setting off a massive fire that raged through the top floors of the Taj. The dome burning is one of those pictures which has left an unforgettable mark on Mumbai and the Indian population.

But the Taj Hotel wasn’t the only hotel that the terrorists attacked. They also attacked the Oberoi-Trident Hotel. It was attacked by 2 terrorists who killed about 30 people in another three-day siege. The terrorists held several foreign tourists as hostages who were finally rescued by NSG Commandos.

Coming back to Kasab and Ismail, they were intercepted near Girgaum Chowpatty, where a brave police constable by the name Tukaram Omble sacrificed his life by holding the barrel of their rifles. This extremely courageous attack gave the rest of the team enough time to overpower Kasab (Ismail was killed while fighting) and capture him.

This dastardly attack by the terrorists on the city martyred hundreds of civilians and police officers. A lot of families were thrown in disarray that night. We must pay them our respect because if not for them, the casualties could have been worse.

During the entire attack and the aftermath, 9 out of the 10 terrorists were killed. Only one, Ajmal Kasab survived, and that’s why his name pops out more than any other when we talk about 26 / 11. It is important to note that 26 / 11 did not just finish on that night. An entire four-day operation was carried out by the armed forces which succeeded in killing and capturing the terrorists. But, this event certainly was a huge shock for the entire country. A lot of lives were lost that night, which threw the entire city in disarray. I can only imagine the pain that was inflicted on those who died, were injured and their families during this vicious attack.

Ajmal Kasab was sentenced to death by hanging. He was hung at Yerwada Central Jail in Pune in 2012.

The 26 / 11 attack was a terrible ordeal that took the lives of hundreds in Mumbai. It is extremely painful that humans can be so evil and murder innocent people. Take the Middle East for example, which has been embroiled in devastating wars with peace nowhere in sight. There are terrorist groups such as Al-Queda and ISIS operating there as well, suppressing the people with violence. These are heinous attacks and while action is being taken against them, it never seems to be enough. They do make me wonder, ‘Why do people do this?’ How is there a motivation big enough for terrorists to do what they do? While tearing families and regions apart, they also undermine the core values of peace and harmony, followed by humanity. It also makes me grateful to live in such peace and, not worry about my basic rights. Ultimately, I strongly believe that these groups must be stopped as soon as possible with all effort, otherwise, many won’t lead the life they deserve to lead.