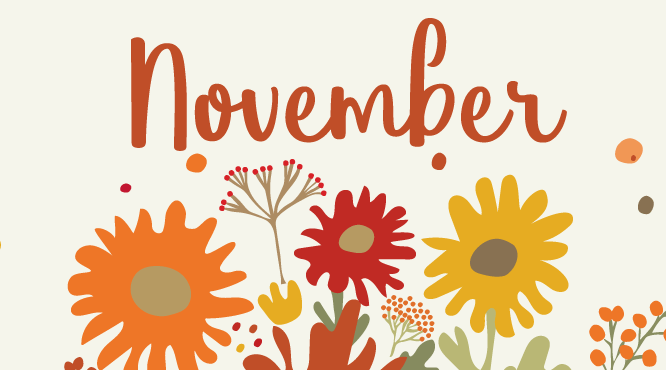 November’s name has remained unchanged since the ancient Roman calendar, which was in use until 45 BC. This first Roman calendar was only made up of ten months, with November being the ninth month. November actually translates rather appropriately into “ninth month” in Latin. When the Julian calendar was adopted in 45 BC two new months were added, which pushed November back to the 9th Despite its change in position, November was never renamed.