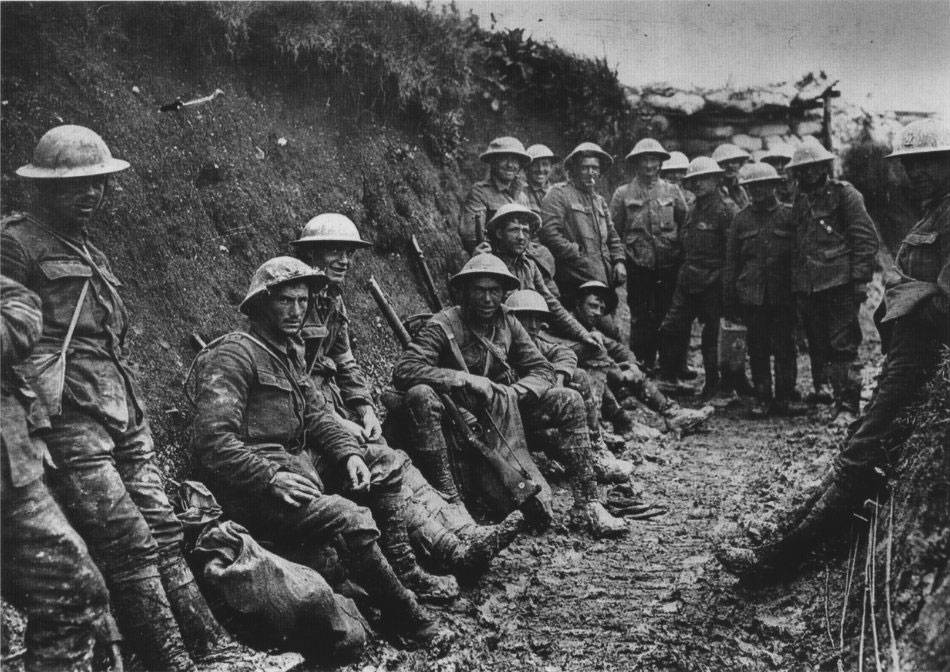 World War I, also called the Great War occurred in the years 1914 – 1918. World War I was certainly not the most destructive, nor the war to end all wars or the first total war. But, then why is it remembered to be the Great War? Well, it introduced new technologies to war (aeroplanes, tanks, and poison gas made their debut in WWI), and secondly, it changed our outlook to the term ‘war’. Before WW1, the war was deemed necessary, even glorious, and gave the soldier a sense of heroism. But as the world learned after this war, there is nothing glorious about sitting in a smelly trench and waiting to die.

Now, Austria-Hungary and Germany were in an alliance while Serbia and Russia had an alliance too. So, all of them started mobilizing and declared war on each other. Russia and France also had an alliance so, France jumped in and since France and Great Britain had ‘kind of an alliance’, France asked Britain but they declined. The declination of Great Britain was great for Germany – since they had a plan.

Germany’s plan was simple. They knew that Russia was really big and would take some time to mobilize. So, they decided to quickly invade France, conquer it, redirect the forces back east and quickly conquer Russia. And then Germany conquers Europe everyone lives happily ever after.

Except Germany didn’t live happily ever after. There was a problem. France had various forts and defenses along its border and Germany couldn’t afford to waste time fighting them. So, they decided to go around through Belgium. Now, Belgium is a neutral country but Germany wants to march 750,000 troops into it. Germany is hoping that Belgium will just allow them to motor through the country but, Belgium fight back and they slow Germany down.

The UK doesn’t like the fact that Germany is invading neutral countries and declares war. Including spheres of influence and empires, pretty much the entire world was at war.

World War I had also introduced a new type of warfare – trench warfare. In trench warfare there are 2 sides – Side A and Side B. First, Side A would shell side B for many days with artillery. Then Side A will send a group of attacking soldiers to overrun Side B’s trench. Side B would use machine gun fire to mow down the attacking soldiers. Wave after wave of attackers would attack Side B until the trench is overrun or Side A exhausts all resources. This was the main system used at the deadlocked Western Front and millions of lives would be lost just to gain some kilometers of land.

Life at the trenches was unbearable. With corpses, mud, rats, and diseases it is insane that millions of soldiers put up with such conditions and commanders ordered them to do so. Nothing glorious about this, right?

After 4 years of grueling fighting, Russia was the first one to pull out of the war. This was great for Germany now, they only had to focus on the western front. But again, there was a problem. The USA, growing incredibly rich by selling food and ammunition to the Allies, joined the war. Germany was growing desperate. They had been deadlocked in the western front for a lot of time and they had to push before fresh forces from the US arrived. Also, their alliances (The Ottoman Empire, Bulgaria, and Austria-Hungary) were being pushed back. They began sending powerful thrusts at each side but their resources were dwindling with each thrust while the allies were growing stronger. After some thrusts, the Allies held their lines and even started pushing back. And that was it. The Axis powers were being pushed from all fronts and it was only a matter of time before they surrendered. Bulgaria was first, followed by the Ottoman Empire, then Austria – Hungary and then finally on November 11th, 1918at 11th o’clock Germany surrendered. Finally, after a gruesome 4 years, WWI ended.

Well, so what did we gain from this war? Well, next to nothing. The countries who fought for Britain hoping to get autonomy (India, Parts of Africa) didn’t get it. All the countries except America were greatly weakened – Germany the most. At the treaty of Versailles, Germany had to pay for repairs of the War and greatly reduce their army. This war did not even stop another major war from coming. It had in return, killed millions of soldiers who braved the horrific life of the trenches. It had also killed so many civilians. It had ruined countries, families, and people. Such devastation spread across the Earth!

According to me, the only silver lining that came out of this war was the perception of war. Now, war is not considered glamorous or a necessity. The League of Nations was formed which tried (and failed) to promote peace across the world. World War I may have been devastating but it offered an opportunity to rebuild and unite. It had taught the world that killing millions is no good.

All in all, WWI is remembered to be one of the most devastating events that have ever occurred in the world but it taught is. It taught us to unite and not fight (well somewhat). After all, united we stand and divided, we fall.