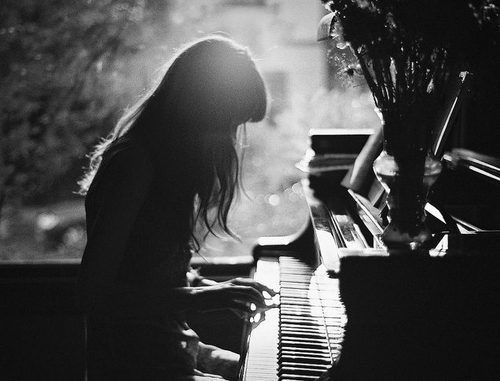 My head spun with thoughts, those three names chanting in my mind, like an unanswered prayer. Lost and forgotten.

I had spent time with them, laughed with them. Gods, I even cried with them. I still remember those sweet notes of sugar in Mary’s apple pie, Parker’s witty humour, and John’s ecstasy at the sight of a Sunday Roast.

The memories sent pangs of pain rolling through my hollow chest. I allowed three tears to trickle down my wrinkled cheek, a tribute to the fallen, and the cruel end they were met with.

Not fallen. Murdered. In cold blood.

All three of them were murdered in the same manner and the same location, in the centre of their living room, at the same time, at midnight. Yet, the only clue the murderer haunted us with, was the body of a convulsed corpse, face frozen with pure terror. The bone-chilling images of their bodies flash through my mind, and a shiver rattles down my spine.

My house was next. 353. I don’t care for myself, for I am already a very old man, bound to heaven in a few months. Ridden to a wheelchair, body paralyzed waist down, there was no hope for me. I only want to protect my daughter.

As if in answer to my thoughts, the feeble echo of footsteps swept down the stairs, a harbinger of my angel to come. Martha’s face immediately enlightened the darkroom, sending shadows scurrying off to the corners of the room, and the worry that constantly clawed at my mind vanished. Her tall and lean figure pranced towards the grand piano, it’s large frame covering the centre of the living room. As she sat down with her ever-flowing grace, she bobbed her head to one side and locked her electric blue eyes with my own. Her chestnut hair framed her elfin features, freckles dotted the bridge of her small nose, soft lips parting as she spoke, “Would you like to listen to my ode, father?”

I nodded slowly, careful not to pull any old facial muscles, or snap any tendons in my neck. My fragility emerged due to my old age. But Martha, her fragility came from loss. Ever since her mother’s death, two decades ago, Martha has never been the same. Her warm kisses and hugs were replaced with a fissure that slowly widened to an endless abyss, and a cold air veiled her from my love. She built walls around herself, shutting me out. It killed me. Killed me that I couldn’t be the father she deserved. Killed me that she must take her horrendous past to her grave. So many things I want to tell her. But, all lost to the wind.

I watched her eyes. They seemed to flicker like embers, waiting to burst into a wild-fire. Just like her mother’s.

I watched her frail hands fall like a feather on the porcelain keys, and a beautiful melody sprung into life, swathing the room in a blissful spirit. Her slender fingers sprung from high to low keys the high to low keys, as she tipped her head back, shaking her head in sorrow.

Realization struck me. It was a lament. For her mother.

The notes delved deeper into the piece, their reverberations echoing the loss of another flower, my lovely wife, gone too soon. I shut my eyes, trying to focus on the situation at hand. I could not shrivel in a corner and mourn Laura’s death now. I could not let myself choke on those mistakes that sent my wife six feet under. I could not think of leaving her after our fight that evening, saying things we would regret, as I left to Parker’s house for a game of pool with Mary and John. Returning that evening, only to find her lying on the marble floor, limbs twisted at odd angles, as my daughter lying in shock over her limp body. She was only twelve years old, yet her eyes, hollow, staring into a dark and hopeless future. All because of her despicable father, and the words flung from his mouth, that shocked her mother into death that very night.

I rolled my wheelchair to the curtains in a trance, opening them to let in some watery light. The walls caved in, and I felt my body implode to the rhythm of the lament, the staccato notes cutting my clarity of thought like a knife through water.

Desperate, I scrambled to the back door, opening the windows. Gusts of cold air seared down my throat, as Martha began to play more fervently, the piece evolving, becoming ever so sharp and heavy. She sent waves of her sorrow at me as if to remind me of her lost happiness, snatched from her.

The grandfather clock echoed its bell, and my heart thundered as I fell out of my wheelchair, dragging my limp body towards the front door, the strong gust of wind egging me on, to escape this house.

But I felt Martha’s notes clutching me, gagging me, weighing down my soul. I couldn’t make it past the centre of the living room before I collapsed into a heap. The invisible string of notes caressed me, as tears began to roll down my eyes. Let that serial killer take me if he wished, whoever he is. All I wanted to do was get out of this room, this house, and far away from these memories that haunt me. These memories, that paralyzed me in the first place. These memories, that poured through the lament.

Suddenly, the piece made a sharp turn, one edged with a strange determination and energy. Martha gazes at me in strange satisfaction, the way a hunter would before giving the death blow to his prey. “I love you, father,” she whispered, “and I hope you find peace.”

As the gravity of her words settled in, the grandfather clock struck midnight, and her notes turned into something so morbid and ravenous, as she hissed, “but, this one is for mother”.

She struck the final chord, contorted with a hot vengeance, the death-knell. With that my body convulsed, as I choked and gagged on my daughter’s actions, propelled by her hatred and loss. It struck me then, that she was the one who killed Mary, Parker, and John. She was the one who killed Laura, her mother, to free her from me. It was her all along. All along.

Murdered all of them with her agonizing score of music.

But, maybe I could truly find some solace, and make peace with my actions. Maybe I could forgive myself and take this as a punishment for my deeds.

She was not murdering me, no. She was setting me free.

I felt myself lilt into an eternal slumber, as I felt her get up from the piano. She sat my next to my limp body, as she gazed through the window, to the world beyond. To a promising future. To a new beginning.