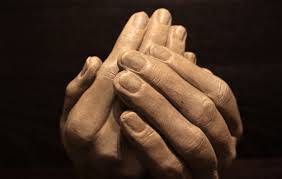 Although it happened several years ago, one aspect from my trip to Malaysia stands out vividly in my mind. I had gone to visit Malaysia a couple of years ago. We went with our family friends, to Kuala Lumpur and Langkawi. In Kuala Lumpur, we went riding on a cable car. The view was spectacular; I still remember it after all these years! There were lush green trees below us, and when we reached the top of the hill, it was foggy and misty all around us. I think we were actually in a cloud! When we got back to the ground, we expected to see our cab waiting for us like we told the driver to, but he was nowhere to be found. We called him, but he told us he left and was sending another taxi to pick us up. Except, the other driver didn’t show up. We were stuck at a tourist spot with no ride to get home, and we had never been in the country before, let alone this area. We tried to call the hotel to send us a cab, and they told us that they were sending someone. It began to get darker; the night was quickly approaching.

We were all waiting, hoping that a taxi would drive into the parking lot any second, but to no avail. Another family saw us waiting, and they came over to ask what the matter was. They were an Indian family like ours, but they lived in Malaysia. They offered to help us and began calling our hotel and any available taxis. It was dark by now, we seemed to be the only ones left in the parking lot, and mosquitoes were making meals out of us. The family was so kind to lend us some mosquito repellent.  to keep the pests away. The parents of the families began making small talk, while the children quietly tried to shoo the mosquitoes off. Finally, we saw the headlights of a taxi that had come for us from the hotel. It was like seeing a light at the end of the tunnel! The other family stayed with us the entire waiting time, making sure we got a way to the hotel. I was touched by their kindness and consideration for an ordinary family of strangers who were just some other tourists to them.

We said our goodbyes, and gave our sincere thanks, then we parted ways. The entire ride back to the hotel, I kept thinking about why they helped us and what they would have gained from it. It did not help them in any way, in fact, it actually may have delayed them. But their help was a precious gift to us. I never got to find out the names of the family, but I will always remember the help they gave us when we were in need. A small act of kindness goes a long way, and it makes me have a little more faith in the world today.