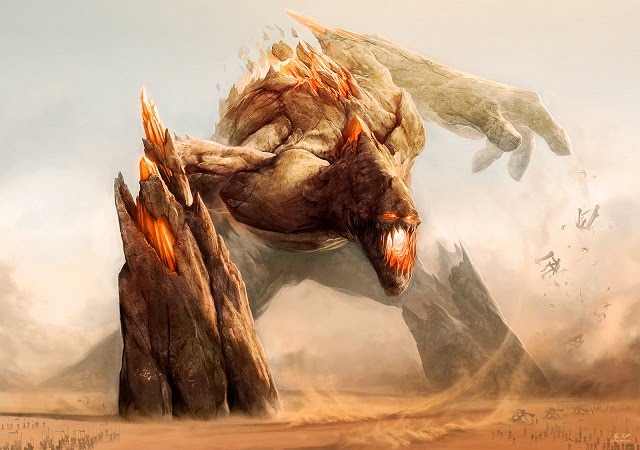 Not long ago, in a village, there lived a widow with two children, Ingrid and Helen. The widow worked very hard to make ends meet. Helen was lazy but a good-tempered child. She was actually very smart and could make things better for her family if she worked hard. Ingrid was very clever and had decided to help her family by looking for odd jobs around her neighbourhood. She mowed the lawns, cleaned the rooms, fixed glasses and did all sorts of odd jobs. Helen, on the other hand, slept under a shade and would only wake up when Ingrid came back.

Now there lived two giants, just a little far from where Ingrid and Helen lived. The widow’s house had two doors: one back door, and one front door. Ingrid and Helen had turns, so each night after they returned, either Ingrid or Helen locked the two doors while the other went to sleep.

One night, Ingrid and Helen came back home from work. Tonight was Helen’s turn. Ingrid went to sleep in her bedroom, while Helen began locking the doors. After Helen locked the front door, she began to feel very very sleepy, just like someone had put a sleeping spell on her. So she walked back to her room and forgot all about the back door.

That very night, one of the giants came and took Ingrid with them. He thought that Ingrid would make a good servant. He zipped her in a sack and Ingrid slept on, thinking that everything was fine.

Next morning, there came a blood-curdling scream. Helen was very upset and cried because she had let the giant take her sister. But she knew that when Helen had a sister like Ingrid, Ingrid would clean Helen’s mess. Helen made a mental note to herself, that now onwards, she would also help her family and prosper.

Ingrid had just woken up to find herself in a sack. She quickly worked everything out, assuming that Helen had not locked a door. She heard the giant go to the other giant’s cave to tell that he had captured a servant for himself.

Ingrid saw that the giant had not closed the zip completely. She removed her hair pin and pushed the zip back so that it would open. As quietly as a mouse, she tip-toed and put rocks inside the sack and zipped the sack back shut.

Ingrid heard the giant come back and scurried off to a hiding place so that the giant won’t see her. When the giant came back, he opened the zip and saw that Ingrid wasn’t there anymore, there were only rocks. Angry, he trampled off to the other giant’s cave, thinking that the other giant had kidnapped Ingrid. By this time, the other villagers had come to see what had happened.

Ingrid and the others watched as the two giants fought, only to end up killing each other. Ingrid had not only saved herself, but the whole village from the wrath of the giants.