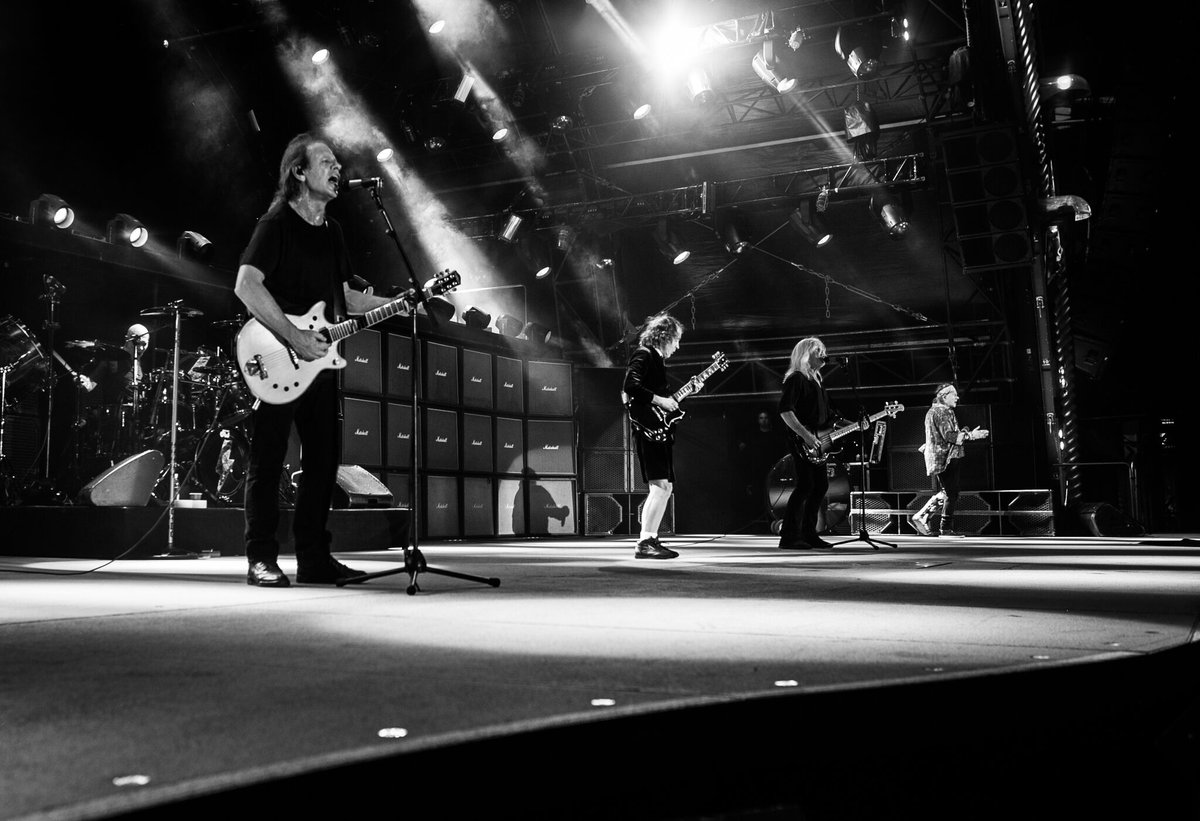 There are few bands in this world that can achieve rock music that isn’t noisy but isn’t slow at the same time. AC/DC is one of them. I love their guitar chords and drums that make you want to play rock music yourself.

AC/DC is a heavy rock band that started in 1973 and became one of the biggest rock bands ever known. They are popular for their roaring guitar chords and vocals. Although AC/DC music is quite loud, there is a clear sense of rhythm that captures the true essence of rock.

The band was started by Malcom Young in Australia, with his 18-year-old brother Angus Young serving as lead guitarist.   Since Angus was so young, his sister suggested that he wear his school uniform on stage and the look became their visual trademark!

The brothers played a few gigs in Sydney along with Dave Evans, their lead vocalist, and George Young (Malcom and Angus’ elder brother).

In 1974, AC/DC moved to Melbourne, where drummer Phil Rudd and bassist Mark Evans joined them. The band’s chauffer, Bon Scott, became the lead vocalist after Dave Evans refused to perform on stage.

Soon, the band released a string of hits with the albums “Dirty Deeds done Dirt Cheap” and “Let there be Rock”.

The band’s next big hit, and their biggest one yet, “Highway to Hell”, hit number 17 in the U.S and number 8 in the U.K, becoming AC/DC’s first ever million seller.

Unfortunately, 5 months into their biggest hit, AC/DC was thrown off track and was on the verge of being disbanded when their lead vocalist Bon Scott died after a night out in London. Thankfully for all their fans, the band found a replacement in Brian Johnson.

Soon after, AC/DC came back with the biggest hit that they would ever have- “Back in Black” as a tribute to Bon Scott. The new album sold over 10 million copies in the U.S alone.

A few ups and downs followed, but AC/DC managed to produce amazing albums such as “For Those About to Rock We Salute You”, “The Razor’s Edge”, “Ballbreaker” and “Stiff Upper lip”.

A lot of the AC/DC hits were featured in Iron Man 2, including Shoot to Thrill, Back in Black and Thunderstruck.

The band came together once again in 2020 and created their latest album called Power Up.

If you are planning on listening to some AC/DC songs, here are some of my favourites-

I hope you enjoy listening to these songs as much as I do.

For those about to rock – I salute you.