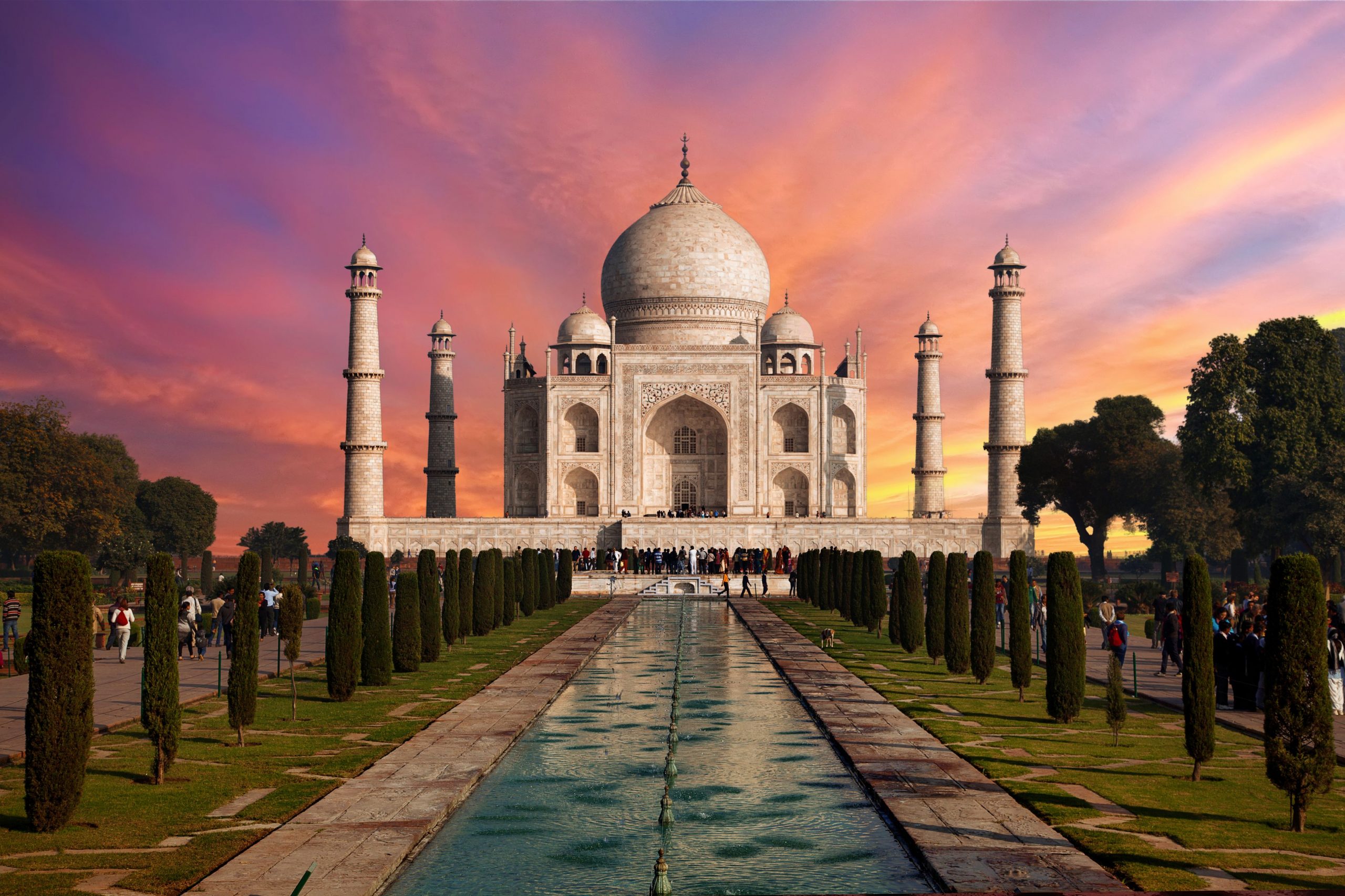 The gem of the Mughals: Agra. My uncontrollable excitement bubbled with inquisitiveness as I set foot on the Agra train station, bustling with tourists of the trains who were rushing to platform by platform, hoping to catch that one train. The coolies rushed to rescue our luggage while I felt drawn towards the little bookshop at the end of the platform. The intriguing books had my attention captured even in the vivid cacophony of the platform, until my mom’s call drove me to the end of the terminal, to explore the charming outdoors. Trees danced in the soft breeze, birds chirped and the vehicles honked, syncing seamlessly within each other and creating a beautiful musical harmony. The car ride was a simple, yet captivating. The various bustling shops and their colours were like a film during the long car ride from the station to my hotel. The hotel, ravishingly embellished with ornate, expensive chandeliers and furnished with neatly embroidered, comfortable chairs, won my heart. I set foot into the lift and was soon found to be fast asleep in the snug bed of my hotel room.

The next day was a captivating feat. The E- rickshaw ride from the hotel to the Taj Mahal premises seemed as if I were in the ‘land of the rainbows’. The hustle and bustle of the busy streets enchanted the extrovert in me, for it was a place where everyone, irrespective of their nationality, caste or religion, chit-chatted like a cordial reunion of old friends.

I stood besotted in front of the Taj Mahal, marvelling like many others, at the spellbinding architectural wonder of the seventeenth century. The intricate carvings and spotless white marble left everyone absolutely baffled. On the other hand, tourist guides gave foreigners a short lecture on the interesting history of the taj mahal. Short and tall, thin and stout, everyone alike admired the symbol of love,  built by Shah Jahan back in 1632 for his wife Mumtaz Mahal. The enchanting British style gardens only added to the beauty of the Taj Mahal. People, eager to capture each and every moment of their ravishing visit to the monument of love, made the premises ring with the clicks of the camera.

The ride back home was a thoughtful one. I reflected upon the importance of monuments in Indian history, and before I knew it, we were back at the hotel. The setting sun and a cup of hot tea were all I needed at the end of a tiring day while sitting on the picturesque terrace of our hotel room.

The next morning our train set out early in the morning. The train station seemed quiet without its usual business. Before a sleepyhead like me could retain all that was going on, the train’s honk sounded in the air and back home we went!