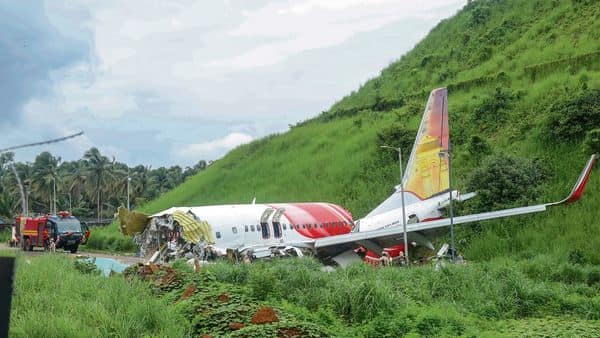 Amid the pandemic, yet another catastrophic incident occurred last week at Kozhikode (Kerala). It is seldom that people prefer buses or trains to planes for travelling long distances. What they fear is exactly what occurred! The pilots were apprised of the fact that the sky was tainted black. The weather was not favourable for navigation. Lightning flashed across the sky. The smell of thunder rumbled in the air and the livid winds howled over the Arabian Sea. Whether it was a stark misfortune or sheer desperation and casualty on the part of the pilots, the airplane skidded off the runway of the Calicut International Airport while landing. The Air India flight, which became subject to such a tragic mishap, was reported to be returning from Dubai and it carried 184 passengers including 10 innocent infants.

The danger signal was perhaps given to the passengers very late who couldn’t help begging for divine mercy. The situation exacerbated when the airplane toppled over into a bleak and desolate vale, 35 metres deep. This took the lives of 18 passengers leaving many maimed and profoundly injured. The plane itself was damaged to the hilt. Sadly enough both the pilot – Capt. Deepak Sathe as well as the co-pilot lost their lives in the occurrence.

The denizens of that area who arrived to the rescue witnessed that devastating dreadful happening as if it were an unrehearsed play. To them, everything seemed to be gloomy as they witnessed a dance of death all around. It were these wonderful souls to prevented the situation from aggravating. The injured passengers, especially the children were immediately rushed to the hospital for medical help who in turn also had to undergo a COVID-test. The mental trauma and agony among the plane crash victims spread like wildfire. The ground was so terribly besmeared with the blood of the victims that the stains seemed to outnumber the rocks on a seashore. Fire engines were called to stop the spreading fire and the police also forged in through the never-ending crowd for investigation.

This incident, therefore, will be remembered as one of the most tragic plane crashes as all the citizens of India sincerely hope that such an adversity never befalls anyone. For those who managed to return from death’s still eyes, can never forget such a dreadful dream and experience ever in their lives. Death is inevitable but such a nasty one is definitely evitable…