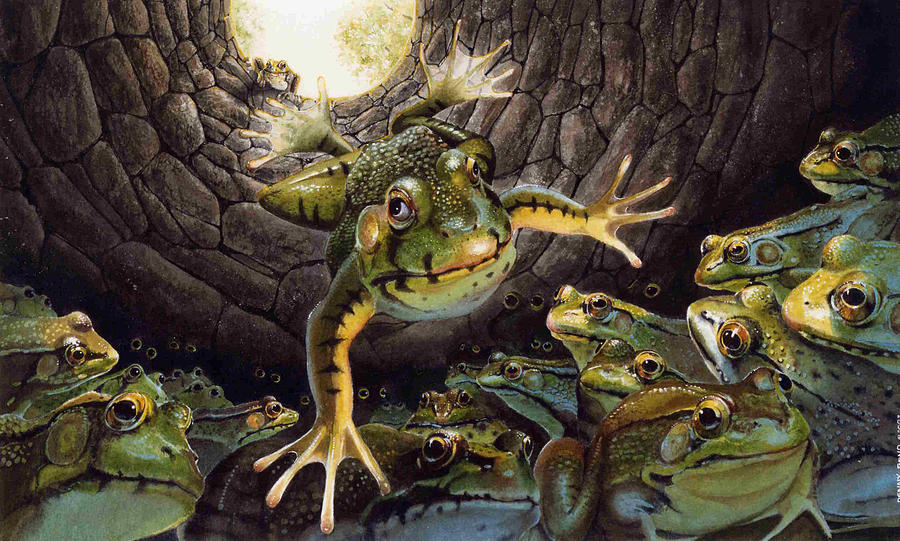 In a forest very famous,
every year there was a race:
which frog could jump the most obstacles;
the loser had a challenge to face

The race started with excitement in the air
the first few were jumped without attempt
at first, nothing really happened
The true excitement was in the end.

The last obstacle was a good 10 ft
from the ground to the top: it was a well
into which the frogs who were coming first and second
most unfortunately fell!

The race was forgotten and every frog gathered
to look at the unlucky two
“Stop staring”, the two frogs said
“and help us out, will you?”

One frog tried to jump out of it,
discouragement pouring from above
after trying many times and still being discouraged,
he died after giving up.

On the tenth attempt, he was finally out
though it took quite some time
and after jumping out of 3.05 metres.
the second frog was just fine

A few hours later, they questioned the frog.
“Did you not hear us?” they said
“I thought it was all encouragement” someone translated
which was because he was deaf!!!

People Looking At Me