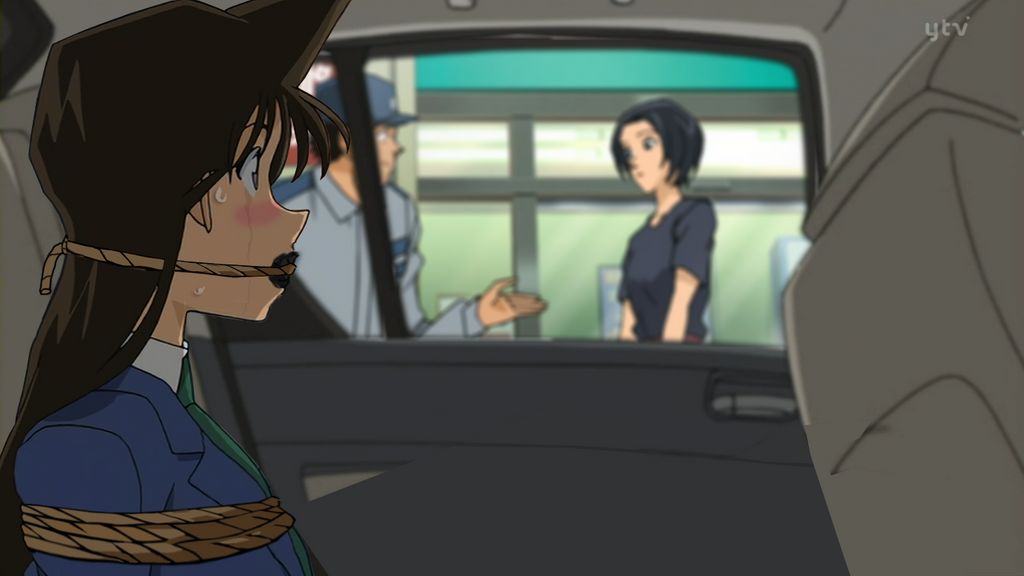 “Hey there! Why are you all alone?” I asked for I had seen a young boy, with tattered clothes and grimy, lopsided specs, sitting morosely on the sidewalk, crying miserably, during my usual morning jog.

The boy looked up and glared at me, as though I had somehow offended him. His soft brown eyes had a disturbing quality to them; they seemed too serious for a young boy who looked as though he was no older than seven. ‘Will you at least tell me where you live?’ I asked, sitting down on the curb next to him, pulling out my phone as I did so. ‘What is your name?’ I asked when he didn’t reply to the question about where he lived. ‘Kevin,’ he finally mumbled. ‘My name is Samirah. Can you now tell me where you live? I will be happy to call your parents for you.’ I said. But at that precise moment, someone hit me on the head with something and I blacked out and fell against the curb.

When I woke up, I was sitting on a chair, with my hands and legs tied behind the backrest, and my mouth was gagged with a piece of cloth that smelt like it hadn’t been washed since the year 765 AD. The usual weight in my back pocket that was my phone and wallet were missing. ‘I should have listened to my parents and shouldn’t have taken up a career as a detective,’ I thought to myself. I was just sitting there, wallowing in self-pity that I couldn’t even eat breakfast before getting kidnapped, when from behind me, Kevin walked into the room. Behind him, came the dreaded, the infamous, the criminal mastermind, Thomas Christopher.

Thomas was a handsome, tall man with sandy hair. He always dressed in expensive, tailored suits and branded ties. He wore sunglasses even in the dark. He always reeked of expensive and horrible perfume that one could smell from five miles away. Usually, that perfume was the last thing you will smell. Either Thomas will kill you, or your nose will be burned off because of the strong smell.
Once, when I had solved a case, it emerged that Thomas was the culprit. Before leaving, he had sworn revenge on me. After serving five years behind bars, he had made a public announcement saying he had turned over a new leaf. Now, he was right in front of me, holding up an M249 at my face. At his nod, Kevin came up to me and untied me with trembling fingers.

I stood up and saw that I was standing in a dingy warehouse which stank of stale bread, alcohol and stinky feet. There seemed to be no electrical connections at all. ‘Miss Samirah, my dear friend! How are you? Seven years since we last met, if I am not wrong?’ he said casually, as though greeting an old friend. “Seven and a half, actually,” I corrected coolly. Now, abandoning all pretence, he snarled, ‘First you rid me of my house, then my job and finally my reputation. As your friend, I am obliged to repay the favour. I am going to rid you of your life.’

I got ready to dive away, but before he could press the trigger, the warehouse door burst open, the light blinding us momentarily. ‘You move one muscle and an entire tank of bullets will be emptied in your body. Believe me when I say that my gun is way better than you M249.’ A very familiar voice rang out. I squinted through the light and saw my older brother, Amir, who was supposed to be in Spain, standing there. ‘What are you doing here?’ I screamed. ‘You’re welcome, Sam.’ Amir said pointedly. ‘Thanks a lot for saving my life, Amir. What are you doing here?’ I asked again. ‘I heard that Thomas here was going to kill you. The only one who can kill you is me. Only I have permission to kill you, and that is by being annoying. So, I came to save my little sis.’ said Amir, grinning. “And you, Thomas, well, you are just going to have to serve five more years behind bars,” he added, looking around at Thomas and giving him his warmest smile.

The rest, as they say, was history; Thomas was taken to jail and we dropped off Kevin at the police station. Apparently, he was a homeless chap who was used by Thomas. Kevin was to go to a nice orphanage. He liked that plan. And I went home for dinner, a plan which I liked. After all, I had been kidnapped before breakfast and I was starving. It was only fair that my rotten day has a good end.