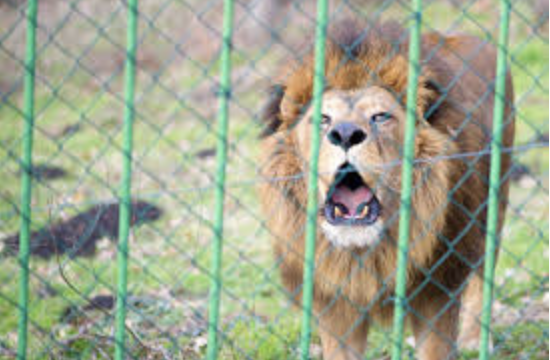 Mary Ann, Andrew and Peter were going to the new zoo in town. Mary Ann’s mom had given her daughter and her friends a treat because Mary Ann had finished all her homework.

“I’m so excited to go to the zoo! I’ve never gone to a zoo before and this will be so much fun.”, Mary Ann said excitedly, jumping. Her face was pink with excitement.

Andrew and Peter gave her confused looks and stopped walking.

“You’ve never been to a zoo before?”, Peter asked her.

“No. Would you find a big zoo in Switzerland? Well, there are some, but mum and I were so busy, that we didn’t get a chance to visit it at all.” Peter, Andrew and Mary Ann continued walking.

Mary Ann was new, she came from Switzerland! Everyone was amazed by that, but Mary Ann didn’t get real friends. There were just people who wanted to know more about Switzerland. Besides, they thought she was odd. Peter and Andrew thought so too, but they thought that she was nice and sweet, so they made friends with her.

When they reached the zoo, there were confused and annoyed people, all except, one small boy who was standing near the lion cage. The zoo was in absolute chaos. There were lions running everywhere, chasing people and the people were running away from them. Mary Ann, Andrew and Peter stepped back, in case one of the lions ran after them.

“Oops sorry. I didn’t see you there.”, said the small boy, accidentally crashing into Andrew.

“Hello. What’s happened-”, Andrew stopped talking when he saw that the boy run away.

“Look, there he is!”, Mary Ann pointed to a small booth which was destroyed. The little boy, who they met earlier, was talking to the manager.

Andrew noticed an odd, corn sack, but neither Peter nor Mary Ann paid attention to him because they both were panicking and hurrying to find help.

“Let’s call the animal rescue team, the ones who take the lions away. Someone may get hurt!”, a worried Mary Ann exclaimed.

“If we have a phone, we could call them. This new zoo is a disaster. The employees don’t even know how to control these lions.”, Peter said, in a matter of fact voice.

“Look! The people already arrived! The little boy must have informed the manager about this”, Mary Ann pointed out, relieved.

“You know…there’s one thing I don’t understand….”, Andrew said thoughtfully.

“Someone must have opened the animals’ cages. But I don’t quite get who….The manager must have heard the chaos, right?”

“You three! Have you seen anyone open these cages?”, one officer asked. As the trio looked around and all the animals were safely back in the cages.

“He’s just joking, officer. We have no clue who it is.”, Mary Ann said once again, confused about what Andrew had told.

The officer asked the little boy to come along there.

“Where were you before the animals came out?”, Andrew asked the little boy.

“Now I’m sure.”, Andrew said, without waiting for a response.

“The little boy was near the lion’s cage. He was feeding the lions some corn. Lions don’t like corn so they got angry. He opened the cage, thinking that then the lions could stay out and be happy. So he opened the cage. He left the bag of corn right beside the cage. He went running to call the manager because he realized that he should have never let the lions stay out in the open. But, he didn’t tell the manager that it was him.”

Suddenly, everything made sense.

“But why would you not tell the manager? And why didn’t the manager hear the lion’s roar?’, Peter asked the little boy.

“The manager is my uncle. He is a father figure to me and would be so disappointed in me.”, the little boy said, with his head down.

“I’m very disappointed in you. If you had told me the truth, I would still be able to fix this situation”, his uncle told him very sternly. “Sorry, I was on break, and I didn’t pay any heed to the chaos at that moment because I was going to get my salary”, he hung his head in shame.

Mary Ann was feeling sorry for the boy and persuaded the uncle that it was not the boy’s fault. The officer also talked to the uncle and reprimanded him not to be so foolish and selfish again.

The three walked home, happy that everything was normal again.

On the way, Mary Ann sighed and said sadly, “ So much for just going to the zoo.”

But Andrew and Peter reminded Mary Ann, “We made many people happy and solved a mystery! You should be proud of yourself for helping, not sad!”

Mary Ann cheered up and became her jolly self again.

When Mary Ann reached home, she told her mother the story. Her mother said, “ I have a feeling that this isn’t the last time you three will solve a mystery”. And it sure wasn’t!