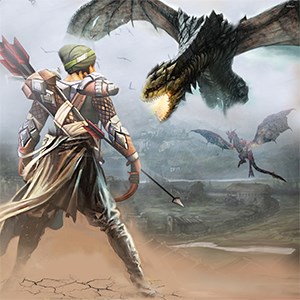 THUD! The stalactite shattered in front of me. A colony of disgruntled bats swarmed into eternal darkness. Scores of rocks cracked apart. I scraped my hands on the rugged walls of the labyrinth. My knees turned to jelly. I trudged with weary legs and a scrawny face, slower than a sloth. The air was thick and salty, concentrated with ashes. Suddenly, out of the corner of my eye, a silhouette moved. My hair stood up like lamp-posts on a street. Peril was approaching. I crawled into a crevice at the cutting wind speed. I halted exhausted leaning on the wall. The ominous silence lurked around. From the corner of my eye, the blinding light unveiled a sepulchral wide opening. Out emerged a mythical-winged creature. High – pitched cries wobbled the Earth beneath. The cave gasped and belched the dangled rocks.

All of a sudden, a coruscating refracted light illuminated the room. A colossal gleaming diamond lay embedded upon the floor. The gargantuan dragon circumnavigated thrice before lurching upon it. I prowled as a bullet-train to seize the diamond, but a futile effort. The slumbered dragon exerted an impenetrable force onto it. I pulled the tip of the diamond. The diamond was out of the clutches, but a whack knocked me down. My extrasensory perception signalled that I am being spied. Grunt!  He leapt into the air, spread his wings, and seized me with its claws. I stood like a feeble puppet and wiggled like a worm gasping for breath. balancing the rope of life and death. The dragon opened his mouth wide threatening with hundreds of serrated blades etched into it. I sniffed the effluvium fire brewing in its chest.

I jabbed the dragon hard on his eye. It released from its grasp. I fled sprinting and staggering my way out. My knee throbbed aggressively. Upon his tail, a frenzy inferno demolished all that crossed its path. I slid into the crevice and scurried past several corridors sometimes veering right, sometimes left. The incessant rumbling and the collapsing boulder deafened my ears. I sprinted nonchalantly ramming my head into a rock. It was a dead end. I turned around to hear a final rumble before its intimidating face peaked up from the crack and gawked at me. Crossed my fingers, as ‘dragons have brawn but not the brain’. I sprinted towards it, and it opened its mouth. I jumped over its head and leapt into the abyss. I plummeted 30 feet into a pool of water. My excruciating pain submerged and I sprinted past a few corridors, the dragon was out of sight. A gleaming white light illuminated my eyes as I leapt out of the perilous cave, blinking intermittently. I heard a loud growl and the thud of crashing rocks. Alas! The gleaming diamond, a swashbuckler and entombed silence lingered in the air.