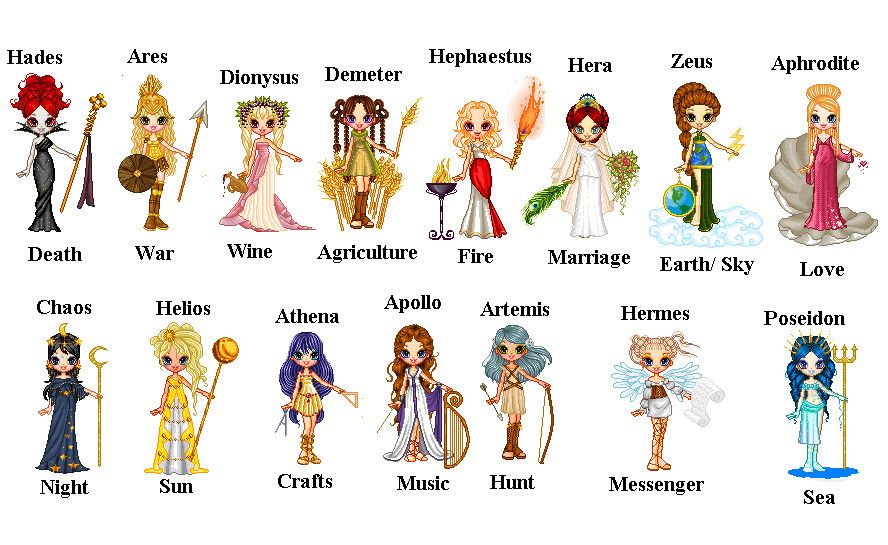 Greek mythology has always been fascinating and intriguing, we are going to live through this interesting story through my narration.

Greek Mythology started from Gaia – the most ancient and powerful goddess of all. She was the earth goddess. She was immortal and evil. She married Ouranos – God of the sky. They had many children like the Titans, the hundred handed ones, the giants, the cyclopes etc. Ouranos wasn’t happy with his children and he cast them to Tartarus – darkest place on earth. After that, The Titans ruled the earth and they conspired with their mother Gaia, to kill Ouranos.

The Titans continued to rule and were led by Kronos. Kronos was the youngest Titan and was so evil that he devoured his children. Kronos married Rhea and their first child was Hestia. Kronos devoured Hestia and ate her. This devouring continued for many years as Kronos started to eat his other children, Demeter, Hera, Hades, Poseidon. Rhea fed up of this devouring hid their sixth child Zeus and tricked Kronos by giving him a big chunk of rock. When Zeus turned old, he avenged his father by cutting him to pieces and casting him to Tartarus. When Kronos was cut to pieces the previous children he had devoured, came back and formed the Twelve what we know as The Olympian Council.

All the other titans (Oceanus, Coeus, Crius, Hyperion, Iapetus and the sisters Thea, Rhea, Themis, Mnemosyne, Phoebe, and Tethys) were either chained or returned to their original duty.

The 12 Olympian Council Gods were: Zeus, Hera, Poseidon, Demeter, Athena, Apollo, Artemis, Ares, Hephaestus, Aphrodite, Hermes, Hestia or Dionysus. These 12 Gods were most powerful in the World and each had a significant role to play. For example, Poseidon was God of Sea (had control of all creatures in the Sea). The description of the other 11 gods is as below:

Hermes- God of trade and the messenger of the Gods

Zeus- God of The Sky

Hades- God of the Death

Hephaestus- God of the Forges

Ares- God of the War

Apollo- God of the Sun

Artemis- God of the moon

In the next article, I shall tell you about the second war when Kronos rose again (He was immortal!)