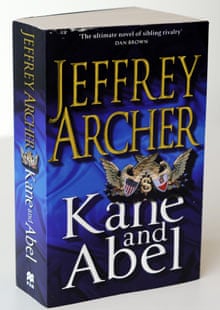 It is rare that I give a book 5 stars but Kane and Abel truly deserves it.

My father recommended Kane and Abel to me. Thinking it would be another boring book I started reading it. But it was nothing like I imagined.

The book starts with two parallel stories about William Kane and Wladek Koscievicz. William has a relatively peaceful childhood while Wladek has to bear the atrocities of World War I. After a long struggle in Siberian camps, he was able to escape to America and starts going by his father’s name Abel Rosnovski. William as part of his bank seizes assets of a hotel Abel works in due to inability to pay the loan. The chairman commits suicide and leaves the hotel group to Abel. After a sudden payment from an anonymous source Abel is able to revive the hotel group and becomes its chairman. He renames it the Baron group and from hereon William and Abel continue their life-long battle against each other. The book ends with a surprise twist which leaves the reader gaping.

I especially enjoyed this book because it covered the whole life of two men who have always been at war with each other despite never knowing the fact as to how they have saved each other countless times. Each of their encounters, adds to the story in a very significant way and keeps the reader gripped. The parallel stories kept me gripped to the book. The many different complications and feelings expressed through the book added immensely to the story and made all the more interesting.
The vivid descriptions of events helped me visualise scenes making the book stand out.

Despite being very long I think this Jeffrey Archer bestseller will certainly be one of the best books I will ever read.