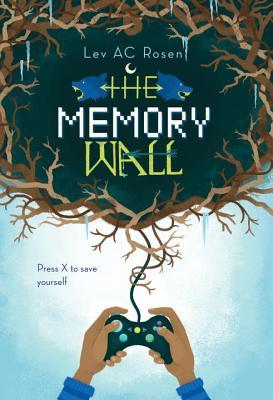 Memory Wall is a very unique book written by Lev A.C. Rosen. It is split into two parts with every alternate chapter switching between them. One is the life of an 11-year-old boy Nick Reeves and the other is of Severkin a grey elf played by Nick in a video game called Wellhall.

Nick’s mom has been diagnosed of Alzheimer’s after an ‘incident’ which happened at his school a year earlier. Nick’s mom’s father also had Alzheimer’s and a few weeks later, disappeared. Nick does not want to believe that his mom has Alzheimer’s. He tries his best to persuade his dad to not let his mom be sent to a nursing home for Alzheimer’s patients. But to no avail.

At school, he meets a new friend called Nat. She too plays the video game Wellhall but as Elkana, a troll with magical capabilities. They come across another gray elf in-game called Reunne. Reunne reminds Nick of someone he knows in real life, his mom. Both Nick and Nat try figuring out this mystery of whether Reunne is his mom playing the game or a non-playing character.

Will they be able to prove that Nick’s mom is misdiagnosed and is actually playing Wellhall? Will Nick get his mom back home? What had actually happened to his grandfather? Read the book to find out.

I think that Memory Wall encapsulates the feelings of all those who have lost a loved one to Alzheimer’s. It shows how we should fight back and not let this be our weakness. Except for a few inconsistencies in the story, I found it to be a fabulous book. I think that this book is a must-read for everyone.