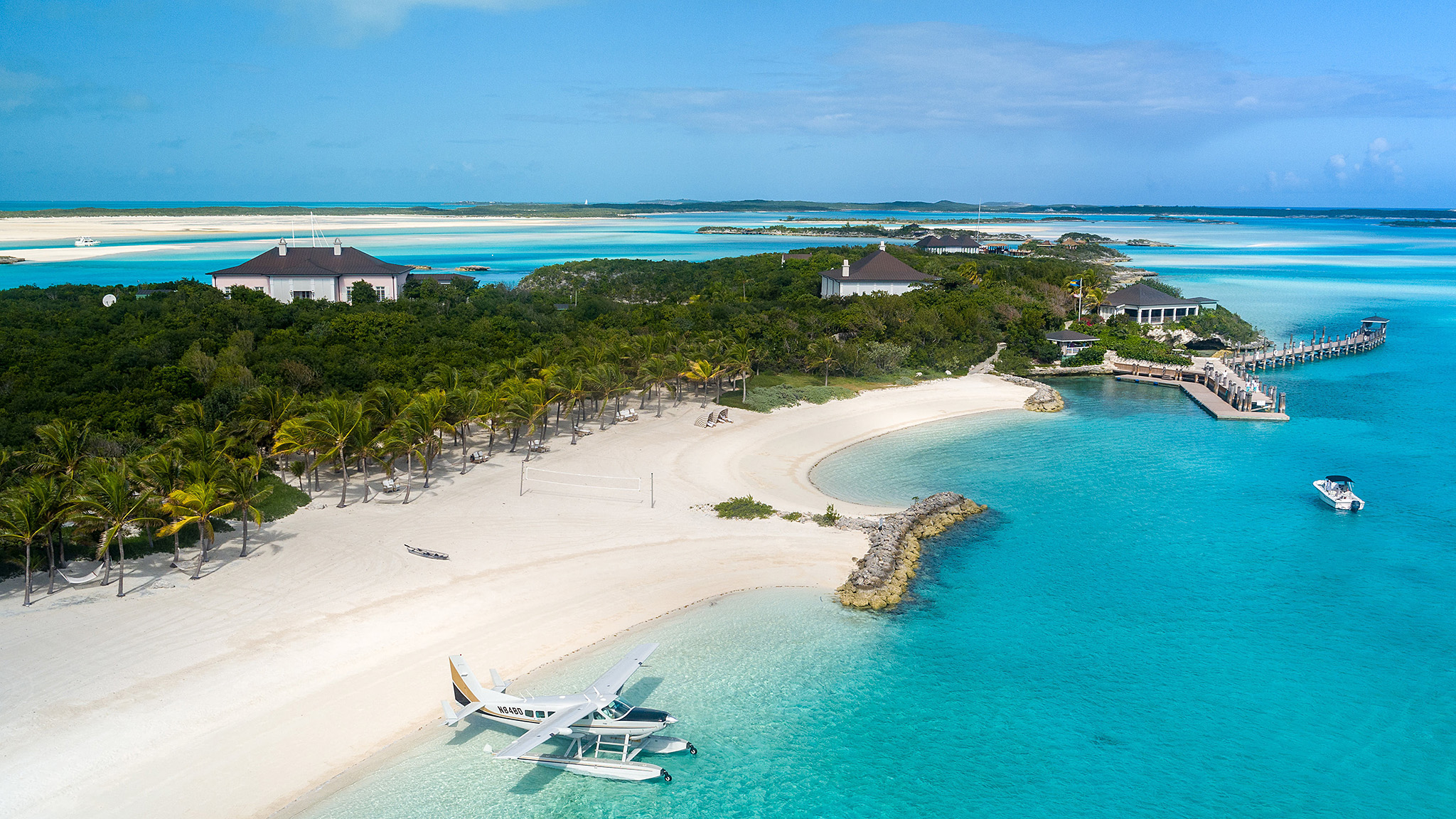 “Live up to our expectations,”, my father screamed, as I stormed out of the hall. We live on a quaint Jamaican island. Our rich culture and traditions are the binding factor amongst all the islanders.

My 13th birthday last week was celebrated with a lot of pomp and show. Since my father was one of the most respectable men on the island, I was overwhelmed by all the gifts and blessings that I was offered. I was on top of the world!

Grand Papi, the island’s astrologer with the highest regard, was sitting in a corner frantically jotting down notes. At a point, his forehead creased. He seemed worried and said something to my father. A wave of nervousness blanketed the celebration. The party came to an abrupt end and only a select few elders stayed back. Some intense conversation was happening all night as I could hear the murmurs in my room which was right above.

I was a little jittery the next morning, I don’t know why. Soon after breakfast, Grand Papi returned. That was rare! He usually never visited other people. I was called upon to make an appearance before him. I had never spoken to him before. By now my grandfather was beaming. He welcomed me inside the room and offered me a seat across Grand Papi.

Grandfather started narrating a story about our origin and the discovery of this island. It was fascinating to know that about 500 years ago, this island was no more than a barren land and it was gifted to one of our ancestors Sir Ludwig as a gift from King Arnold of Tainos of against his services.

Sir Ludwig was a courtier in the King’s palace. Wars and treachery were very common in those days. One of the King’s most trusted courtiers Francis, cheated on him and put him in the dungeons and captured his palace. Sir Ludwig managed to rescue the Queen and her twin babies and gave them shelter.

Each day, Sir Ludwig and the Queen offered prayers to numerous Gods and Deities for the King’s return. Sir Ludwig was a disciple of Lord Milhuia and it is said that the Lord was impressed by his prayers and blessed him with the power to reverse time.

It is believed he used this power to go back in time and prevented the King from falling in the trap of his courtier Francis. This not only changed the course of life for the King but also saved the fate of his countrymen from going into evil hands.

To express his gratitude the King awarded him with the highest honour in his court. Stacks of gold and silver were offered to him. Sir Ludwig humbly denied any of it and requested instead to be offered a secluded place in his kingdom, where he could pray and meditate in peace. King Arnold honoured his request and gifted him one of his islands. Whenever the King felt the need he would go visit Sir Ludwig in the island.

Not many people lived on this island then. Sir Ludwig was highly respected here and he even helped the islanders with innovative ideas to rear livestock and make a living out of it. His family and the descendants have ever since lived up to his name and constantly worked towards the upliftment of our society.

Now Grand Papi continued, “According to my study and based on my understanding of your birth chart, your stars are similarly aligned as your forefather, which is no less than a miracle.”

After listening to the story of Sir Ludwig I was beaming with pride. But what Grand Papi said next stunned me. He believed that I possessed the same powers and from now onwards I should keep a close watch on my actions.

I was too busy enjoying my life as a teenager that I completely forgot about what was told to me. But the attitude of my family towards me changed. I felt like I was being watched at all times.

One evening as I was sitting in the park alone enjoying the summer breeze. There was a little girl on the swing nearby. She was swinging very fast and suddenly she had a major fall. Involuntarily I tightly shut my eyes and I was just going to get up to help her but she wasn’t on the ground anymore, she was still swinging happily. Probably it was just as illusion.

Another incident shook my life forever. My grandfather was getting down the stairs when he suddenly missed a step and fell on the floor with a thud. My father took him to the hospital. The doctors said that he went into coma and his chances of survival were very grim. I immediately shut my eyes, praying to God for my beloved Grandfather’s recovery. The next moment I found myself standing under the staircase with Grandfather walking down the stairs. I quickly ran up to him and held his hand to get him down safely. It was as though the incident of the fall never happened and it was mere imagination. I was relieved.

Grand Papi arrived in no time right after this incident. My power was unleashed according to and a big lecture followed. Grandfather went to the extent saying that the entire future of the island was in my hands. After 500 years of dedication and service Lord Milhuia was impressed and he had sent me as a guardian to the society.

Grand Papi and Grandfather were sure that something major was on its way.

Well for now the new mantra of my life was “With great power comes great responsibility.” I was being called upon if there was no rain or if there was excessive rain which led to the fishermen not being able to step into the sea. Then it started gradually getting down to things like preventing the livestock from getting lost in the woods or saving the fishermen from drowning.

People were happy but I was distressed. Not even grandfather was realising that whatever we were doing was against nature. People were getting more and more dependent on me but my parents refused to see it. Even my most intelligent grandfather who went to the extent of explaining that the essence of my existence is was to serve mankind and if I failed to perform my duties, I would rip off this power of my ancestors.

Many months passed by and I started realising that using my powers to help the islanders didn’t really help them. It just made them more careless. Some students would bribe me and force me to go back in time and change their answers on their test papers. People wouldn’t even bother looking for things they lost because the easier way out was to call me. They started becoming more careless because they knew nothing would happen to their belongings.

Everyone wanted to be my friend just to gain some benefit out of me. I didn’t have real friends anymore. I hardly went out to play as all my time went into solving petty issues of the islanders. my family almost worshipped me; I missed being their child.

Over a year passed and the issues were ever increasing. I was expected not to turn down a request no matter how meagre it was. I had reached my limit though my family never approved of it but I started turning people down when I felt it irrelevant. They just didn’t care about their belongings anymore.

Once when a lady called me to find her spectacles I was furious and I refused to help her. Then a businessman lost his car because he forgot to lock it and left the keys inside. Once a man asked me to bring his 102-year-old dead father back to life because he missed him dearly. I guess that the man was not aware of a term called ‘life span’. I had enough. The people could not accept my refusal and it took them no time to label me as arrogant and selfish. Well for me, so be it. I had to put my foot down.

On September 12th the island was hit by a major earthquake. There was devastation all around. The houses became a pile of dust and all the crops were destroyed causing major loss of property and livelihood, many lost their lives. A group of islanders came running to me asking me to reverse the calamity. I had my own emotions to deal with as I lost my beloved grandfather as well.

It shook me to a great extent. I could not take a decision. My mind screamed to allow nature to take its own course but my heart spoke otherwise. I couldn’t take it anymore, I lost my rationality and broke away and fled.

I am a travel blogger now and my company asked me to do a piece on Vicis Island. My island, the one I came from.

“Hello everyone, I am Lucy Shannon and I would like to take you through this island with a very interesting story attached to it. Vicis Island is getting popular day by day amongst tourists who enjoy alluring white sand beaches and luxurious stays at bouquets of resorts. Seven years ago, this island was struck with a major earthquake where everything was reduced to a pile of sand. Many social organisations joined hands to put the misery of the devastated islanders at ease. Many sponsorships and government aid helped them to rebuild the island and emerge it as the hottest selling tourist destination with ultra-modern amenities. Here you go and enjoy this spectacular island with my cameraman Anthony while I take a break.”

As I come to think of it, had I not fled that day and changed nature’s course of action, would this island be what it is today? My island people never realised what it was leading to. My powers were becoming their weakness and they became more dependent on me, losing their ability to think and rationalise.

The island which was once well known for its progress and development had become complacent. They refused to understand that it was not right to play with nature and mess with time. Though some of them wouldn’t be alive anymore to see the development of this island it benefitted the generations to come.

I see my proud parents on the cover page of the Heritage Resort on their website which is one of the best properties on the island, well known for its hospitality and sea food. I will surely go visit them someday. “The best flights are taken only after you have the courage to break away from the chains that bind you.”- Sucheta Pande