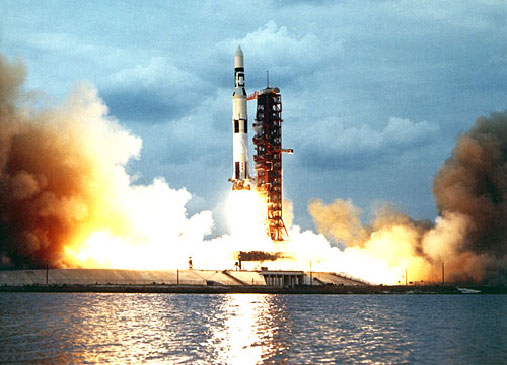 As you might have guessed from the quote above, this piece of writing is going to be about a Lego. Specifically, a 1900 piece Saturn V Lego. Yep, the same Saturn V that once took astronauts like Neil Armstrong to the moon, as part of the Apollo Missions. This lego is a perfectly scaled-down version of the original Saturn V, capturing all of its splendour but, not failing to display the years of diligent work needed to build this massive beast. Even today, it is recognised as the largest and most powerful rocket in the world, a pinnacle in space exploration.

So, we got the Lego set a month and a half ago, from Delhi. In fact, it had already experienced a journey before we even started putting it together. It had come from the US to Delhi before finally coming to its destination, at our home. Hilariously, the Lego contained 1969 pieces, which of course was the same year the 1st Apollo mission landed successfully on the moon. (I don’t know if this was a coincidence or something Lego planned). The moment we got the box, we knew that this was going to be a challenge – and it would require teamwork from my brother and me to make this rocket. The instruction manual was as thick as a textbook, but we both were excited to take this challenge, head-on.

So we started off quite excitedly, at 3 o’clock the next day. I vividly remember both of us shouting in excitement as we fixed the first pieces together (it was quite a struggle). From there, it was smooth sailing more or less until we hit a major roadblock, where we quit for the day. It took us 2-3 hours to overcome the roadblock, in question the next day, and then we continued to fix the pieces together. What’s remarkable about this Lego is that there are 3 stages in the rocket – just like real life and, it was the first stage that took most of the time. When it was finally done, we yelled in excitement and paraded around with it, both of us soaring high above the clouds. This Lego was huge, in fact, it was a meter long and, therefore having completed like 50% of it was a major boost in motivation.

The second stage was not that challenging, however, our motivation dropped when we had to build the entire thing all over again, owing to mistakes. There were a lot of mistakes we made during the entire process, some major and some minor, but all of them were equally mortifying. I must pay gratitude to my brother at this stage because it was of his cheerfulness that we kept our motivation and energy levels high, and solved our mistakes without building the entire stage all over again for the third time.

So when we finally completed our second stage, we were confident that we were just in the reach of the finishing line and that we will finish the rocket in about an hour, the same night we finished the 2nd stage.

Turns out, that the third stage was way more complicated. And therefore, to complete like 10% of the lego, it took us 3 whole days. I think a lot of tears were spilt that day because we couldn’t fix a part and because of that part, we rebuilt that entire stage, innumerable times. Then I thought I figured the mistake and we spent like 10 hours fixing something that was impossible. Finally, some good old ‘Bahubali’ did the trick, as we finally managed to fix the 3rd stage.

The rest was a breeze. Just kidding, it wasn’t. When we finally finished fixing the launch escape system and the rocket, we turned our attention to the lander and positioning it on the Moon’s surface was a nightmare. It was more of a nightmare than the actual landing. Then we finished the command module floating into the ocean, and that’s when we finally stretched our backs, said hooray and danced around looking at the amazing feat we just accomplished. The entire Lego was pristine, when finished and looking at it even now, is one of the greatest highlights of my life. Like I said earlier, this Lego was a culmination of our hard work, something that would never be lost.

But, much to our surprise, the journey was not over yet. You see, one bright, sunny, Monday morning, my brother broke the 2nd and 3rd stages by miraculously toppling the rocket. He claimed that it was a mistake, but to me, it seemed like an addition to my personal woes. It took us 6 days to fix the 2nd and 3rd stages again and what made this time more difficult and confusing was that everything was in clumps of blocks. It was not single pieces scattered everywhere. Anyway, we started to assemble all 3 stages on a Sunday morning, but before we could finish, we ended up breaking the 1st stage. What ensued was a vicious struggle between us and the Saturn V to fix the first stage and finally assemble everything.

And we did! After 3 days we finally fixed everything and today the Saturn V sits in our house, displaying its pristine and perfect surface. I don’t think this journey is ever going to end, because someday or the other, this Lego will break again and then we will fix it again and then it will break again. But what amazed me the most was the meticulousness of the rocket such that even the inner workings and engines were fully detailed. Each stage had its own engines and can be detached from the main rocket so that you can enact the entire moon landing process on your own. Building this lego taught me important lessons of perseverance and carrying on through tough periods even when it seems like nothing is going in your direction. There were times when we were ready to give up but, our goal kept us going. This was one heck of an experience and as I said, it’s not over yet. In the end, a Lego, no matter how small or big, is not only the culmination of blocks but also of mistakes and hard work, motivation and aspiration.