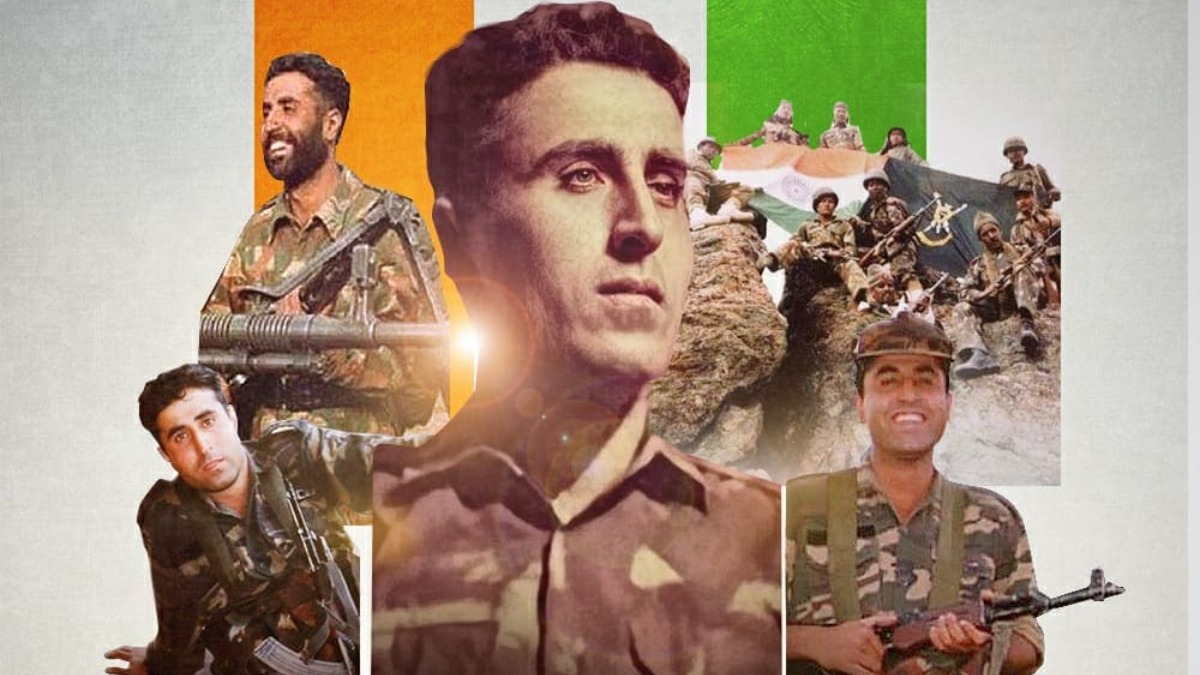 Batman, The Lone Ranger, Superman are a few characters whom we assume as heroes. They destroy the enemy in a blink of an eye. They come to the rescue inexplicably and disappear. While we carry on in our lives, we aren’t often conscious of the fact that there are soldiers fighting every day to ensure that we’re safe. They leave their families behind to make sure that our families are safe. And when danger approaches our nation, they make sure that it goes away, even if it means giving their lives for us. Words cannot express the experiences that these men have come across.

The Tiranga flies not because the wind moves it, but with the last breath of each Indian soldier, who died protecting it. Capt Vikram Batra, son of India, nurtured by the soil that produces not just the best of apples, but the bravest of the brave soldiers!

“Ya toh tiranga lehra ke aaunga ya toh tirange mein lipta chala aaunga. Lekin waapis zarur aaunga.”
These words by him competently sum up the spirit with which the Indian Army lives, just like his life sums up the spirit of the brave hearts who fight for our well-being. It was with this spirit that he stimulated the men of his own regiment to keep fighting during the Kargil War.

He was born in Himachal Pradesh in 1974. His youngest sibling was his identical twin brother. Much later, after he laid down his life for our nation, his mother realized why she had twin boys: one was for the nation and the other for her. It’s been 22 years, he still lives in the heart of every Indian.

It was on 6 December 1997 that his dream came true. He took oath as an officer of the Indian Army. His parents pinned up the stars on his shoulder with pride. What a proud moment it was! He always had a passion to serve the nation. He was also called Sher Shah. After fighting bravely for days, in a topography whose atmosphere was tremendously hard to deal with, he was not going to back down. At a height of 16,087 feet and panting for his breath, he made his way, screaming the battle cry, “Durga Maata ki Jai.” We need officers like Captain Batra to be alive and serve the nation and family, to uplift. For his display of the most noticeable personal bravery and superintendence of the highest order in the face of the foe, he was posthumously awarded Param Vir Chakra – India’s highest award for gallantry.

The brave die never, though they sleep in the dust, their courage fuels a thousand living men. The true soldier fights not because he hates what is in front of him, but because he loves what is behind him.