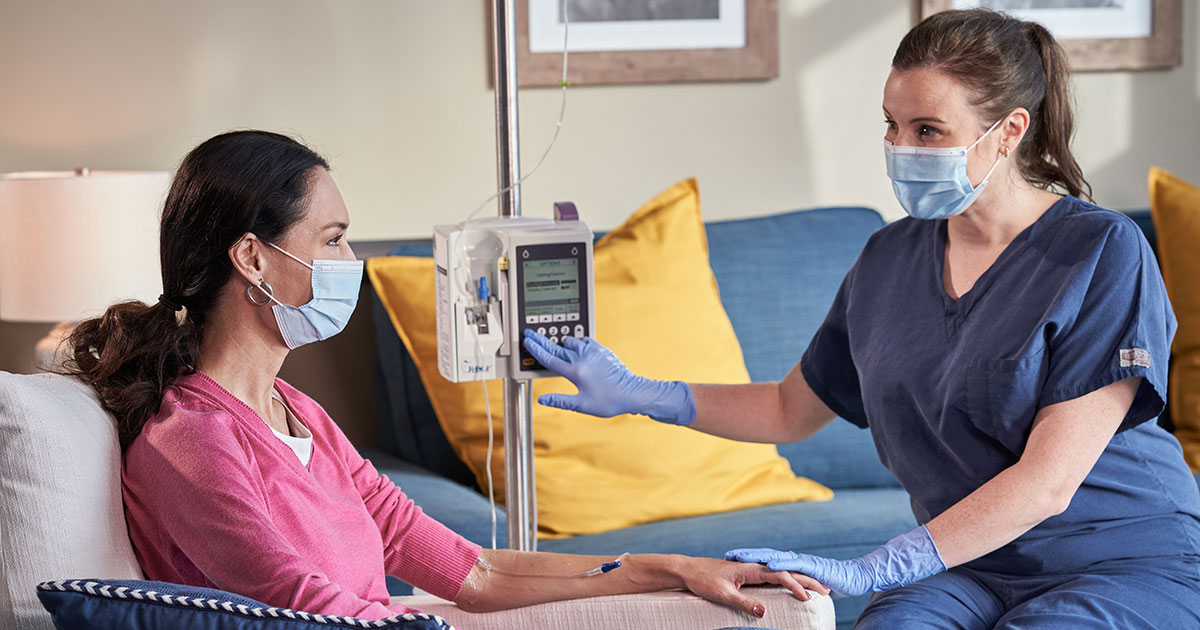 During World War I one of the most horrors of warfare was poisonous mustard gas. For those who were unlucky to be exposed to this gas, it made air impossible to breathe, burnt their eyes, and caused huge blisters on exposed skin.

Scientists tried desperately to develop an antidote to this vicious weapon of war. In that process, they discovered that the gas was irrevocably damaging the affected soldiers’ bone marrow, halting its ability to make blood cells. Despite these awful effects, it gave scientists an idea.

Cancer cells share a characteristic with bone marrow, both replicate rapidly. So could one of the atrocities of war become a champion in the fight against cancer?

Researchers in the 1930s investigated this idea by injecting compounds derived from mustard gas into the veins of cancer patients. It took time and trial and error to find treatments that did more good than harm. But, as World War II came to an end, they were able to develop the first Chemotherapy drugs. Today, there are more than 100.

Chemotherapy drugs are delivered through pills and injections and use cytotoxic agents, which means these compounds are toxic to living cells. These medicines cause some level of harm to all cells in the body, even healthy ones. However, they affect rapidly dividing cells far more than other cells, and cancer cells are some of the faster dividing cells.

Take, for example, those first Chemotherapy drugs, also called Alkylating agents. They’re injected into the bloodstream, which delivers them to cells all over the body. Once inside, when the cell exposes its DNA to copy it, they damage the building block of DNA’s double helix structure which can lead to cell death unless the damage is repaired. Because cancer cells can multiply rapidly, they take in a high concentration of Alkylating agents, and their DNA is frequently exposed and rarely repaired.

Another form of Chemotherapy involves compounds called Microtubule stabilizers. Cells have small tubes that assemble to help with cell division and DNA replication, then break back down, when the microtubule stabilizer gets inside a cell they keep those tiny tubes from disassembling, which prevents the cells from completing their replication, leading to its death.
These are just two examples of six classes of Chemotherapy drugs we use to treat cancer today.

Despite its huge benefits, Chemotherapy has one big disadvantage. It affects other healthy cells in our body that naturally have to renew rapidly. Hair follicles, the cells of the mouth and the gastrointestinal lining, the reproductive system, and bone marrow are hit nearly as hard as cancer.

Similar to cancer cells, the rapid production of these normal cells means that they are reaching out for resources more frequently and are therefore more exposed to the effect of chemo drugs. That leads to several common side effects of Chemotherapy, including hair loss, fatigue, infertility, and vomiting. Doctors commonly prescribe options to help manage these side effects.

And one the Chemotherapy treatment is over, the healthy tissues that were badly affected by the cells will recover and begin to renew as usual. In 2018 alone, over 17 million worldwide received a cancer diagnosis, but Chemotherapy and other treatments have changed the outlook for so many. Just take the fact that up to 95% of individuals with testicular cancer survive it. Even for people with aggressive blood cancer, Chemotherapy puts an estimated 60% of patients under 60 into remission following their first phase of treatment.

Researchers are still developing more precise interventions that only target the intended cancer cells. That’ll improve survival rates while leaving healthy tissues with reduced harm, making one of the best tools we have in the fighting against cancer even better.