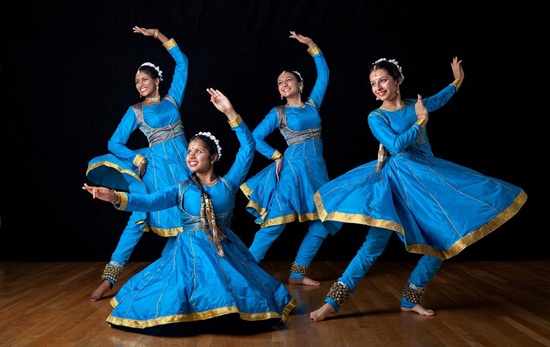 Bharatanatyam is a major form of Indian classical dance that is originated from Tamil Nadu. Several books have codified that the dance form was prevalent in ancient Tamil Nadu, such as the Natya Shastra by Bharat Muni. Bharatanatyam is the state dance form of Tamil Nadu. Manipuri is one of the eight major classical dances performed in India. Manipuri is also referred to as the Raas-Leela, originating from the state of Manipur. This dance is based on the Hindu-Vaishnavism themes. This Manipuri dance is accompanied by devotional music created with many instruments. Kuchipudi is also one of the eight major classical dances performed in India. It is from the state of Andhra Pradesh. Kuchipudi originated in the 17th century with the creation by Sidhyendra Yogi of the dance-drama Bhama Kalapam, a story of Satyabhāma, the charming but jealous wife of the god Krishna. Odissi is an ancient classical dance which was originated in the Hindu temples of Odissa which is an eastern coastal state of India. Bhangra is a dance form which is originated from a state in North India which is Punjab. This dance is performed in the season of harvesting. Bhangra was a dance originally performed by Sikh and Muslim men in the farming districts of the Punjab region of South Asia. Garba is a dance form which is originated from the state of Gujarat. The name is derived from the Sanskrit term Garbha which means “womb”. It is a dance form that honours and worships the feminine form of divinity. Garba is a dance performed by both men and women in a circle surrounding a clay lantern with a light inside called ‘Garba’. Garba dancing also takes place during the Navratri festival in the month of Ashwin. Women who dance in a circle are called Garba and men who dance in a circle are class Garbi’s.

Like these, India has many more dance forms which are originated from different places and people enjoy them at different times of the year.