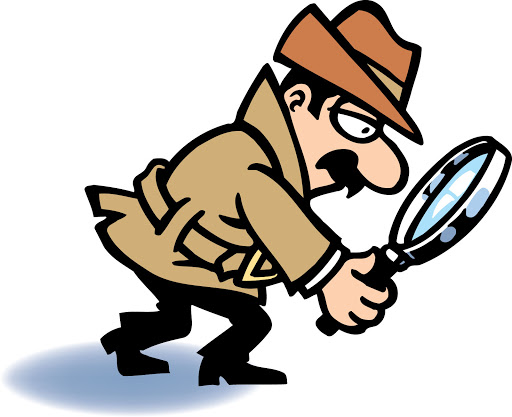 I was in the best place on Earth, my Grandma’s house in Pune. I was with the best people on Earth — Fatty, Guru and Nitra, my cousins, my lifeline, my best friends forever. We were all at my Grandmother’s house which was for us, the ‘heaven’ on Earth during all our vacations. The huge verandah, large open windows and the open garden was just the right amount of space that we needed to play. The terrace was our sanctuary where we had all our snacks and meals and retired for the night.

I was called the ‘Worm’ because I had immense love for books of all kinds. Nitin was ‘Fatty’ for he had the love to eat anything and everything in the world. We called Priya ‘Nitra’ because she started giggling and laughing as if she had taken a dose of the laughing gas — Nitrous Oxide. ‘Guru’ was Sachin, our older brother who despite being older by only one year, gave saintly advice on everything including how to sit down and stand up. Though we were four completely different personalities, we made the perfect team!

Our days were a perfect monotony. Our breakfast every day was of mangoes plucked ripe from the mango trees. We spent our time doing small chores around the garden with our grandfather. We played many make-believe games with the whole house as our playground. Sometimes we were the brave Maratha warriors, sometimes the Indian Army. We even pretended to be agents from MI6.

We secretly directed our make-believe fight to our enemies, the children who had come to stay next door. Their house was separated from ours by just a wall across the garden. Guru, our preacher considered this a moral offence.

At night, we loved to sleep under the stars on the terrace. Our Uncle had made a beautiful arrangement with a mosquito net so that we ould sleep without trouble from the mosquitoes.

The first night, exhausted and happy from all day’s play, we quickly fell asleep. At the crack of dawn, Guru woke us up and we found ourselves entangled in the net. Brushing it aside, we excitedly began our day.

On day two, the mosquito net fell on us in the middle of the night and woke us up. We tried to get back to sleep but the mosquitoes kept us awake. Come the third night, all our efforts to securely tie the net failed and it kept falling on us. We hadn’t had a good night’s sleep in a long time and we decided to investigate this matter. I had a natural habit to put on the detective hat even when only little things went wrong.

I started to put forth one theory after another while Nitra kept laughing and giggling and Fatty kept licking the juice of the mangoes that ran up to his elbows. Guru just tried to prove my theories wrong. But as all of us were troubled, we decided to blame the neighbours. Though it was a preposterous idea, we thought that they were just across a wall and could have jumped terraces just to play mischievous pranks on us and trouble us. We decided to investigate.

The next moment we found ourselves standing near the garden wall. With an ill devised plan, we decided to jump the wall to check on the kids. We started the task.

I heaved myself up on the wall with great effort only to find myself face down in the freshly watered lawn with mud splatter all over me. Looking for help, I discovered that Fatty had already climbed the neighbours’ Guava tree and was munching away happily while Guru was deciding whether the mud-splattered on my clothes looked like the map of India or the map of China. Nitra, as usual, was laughing away uncontrollably as if on a real dose of nitrous oxide. Soon entered the neighbours’ dog who started barking madly while we scrambled up the wall to save face.

Optimistic as I was, I had already devised a ‘Plan B’. Though the others were reluctant to hear the plan, I suggested a candlelight vigil at night on the terrace. Even before the vigil started, Nitra was already fast asleep (probably giggling in her dreams). The moment we lit the candle, Fatty started talking about cake and Guru started on the safety precautions that must be taken while on the vigil. I was still looking intently at the neighbours’ house for the slightest sign of movement. But the wind soon doused both, the candles and our spirits and we went to sleep. But the mosquito net still fell. Now, this was a serious matter.

The next day we decided to talk the matter over with our Uncle who light-heartedly suggested a torch for our late-night vigil. This time with the blanket over our head and the torch on, we were alert for the slightest sign of movement. Sure enough in a while, we heard a faint noise only to realise that Fatty had carried a bowl of potato chips and was munching away on it to make sure that he stayed awake. We shooed him out of the blanket with giggling and roaring laughter from Nitra which wasn’t helping the situation at all. After a long sermon from Guru, we settled down under the blankets in pin-drop silence with the torch on.

Soon enough, there was movement. We could see shadows in our torchlight that kept growing bigger and bigger. Terrified, we started screaming our lungs out and woke up the entire house. We were convinced that it was a ghost. Assuring us that he would investigate in the morning, our Uncle put us to sleep. We were up at the crack of dawn and took our Uncle up to the terrace.

The first thing that caught his eye was a pile of unwanted furniture in one corner of the terrace. Under a plank of wood, we were surprised to find eight-ten balls of gnawed mosquito net string and mice litter.

Before we could put the jigsaw together, my Uncle was laughing uncontrollably and Nitra joined even though she didn’t know the reason.

From that day onwards, everyone throughout the family calls us the ‘DEFECTIVE DETECTIVES’.