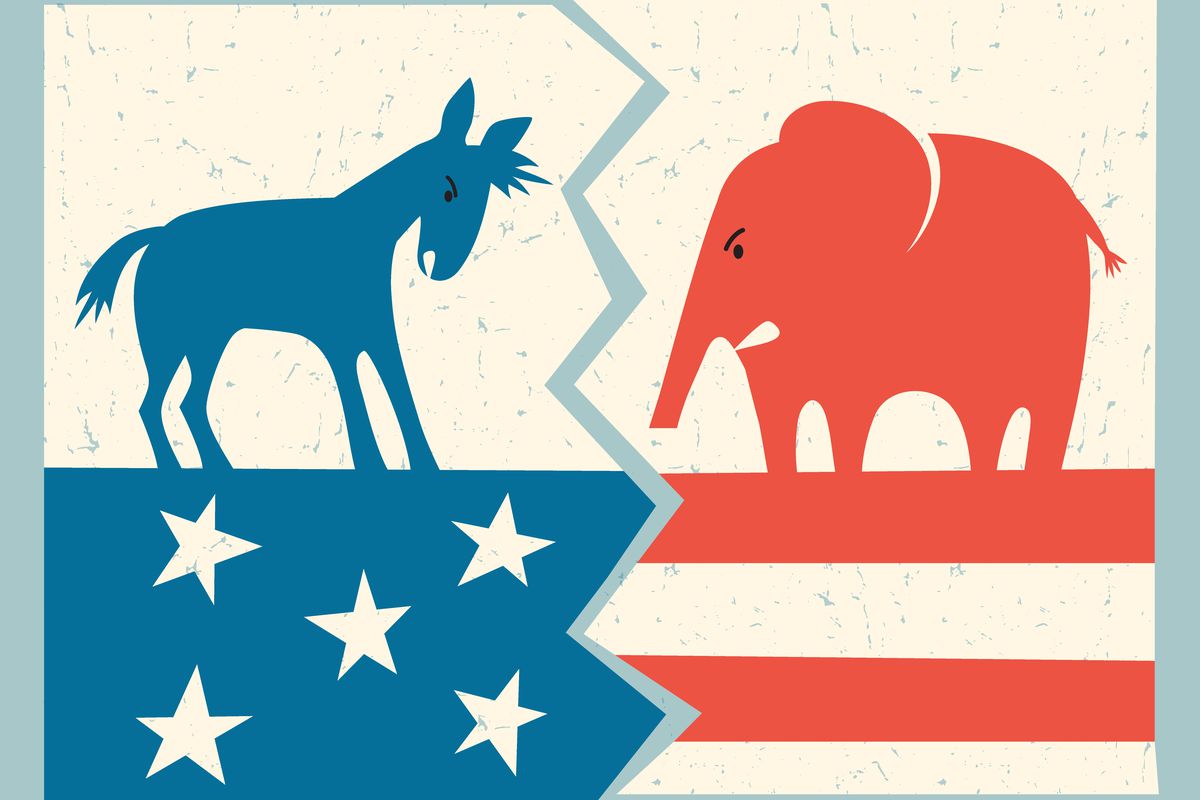 Coming from a country where multiple political parties are rampant and vying for our votes and attention, the US’s two-party system got me intrigued. India has BJP, Congress, Shiv Sena, etc while the US has only two major parties – Democratic and Republicans.

In politics, a two-party system is a system in which two major political parties dominate. At any point in time, one of the two parties holds a majority in the legislature and is usually termed as the majority or governing party while the other is the minority or the opposition party.

Democrats are advocates of democracy. Democratic Party of USA is the world’s oldest active political party. They are more aligned towards a liberal ideology.

Republicans can refer to as supporters of a republic, a form of government that is not a monarchy or dictatorship and is usually associated with the rule of law.

In Great Britain and the United States members of the national representative, assemblies are chosen from single-member districts, and the candidate canvassing the largest number of votes is the winner. Such an electoral system forces a party to strive for a majority of the votes in a district or other electoral area. Usually, only two reasonably evenly matched parties may successfully compete for office in a single-member district, and a third party suffers recurring defeat unless it can swallow up one of the other parties and such parties do not thrive under the certainty of defeat. Thus, this is another reason for a two-party system to flourish in the US.

Hence, we can safely culminate that a two-party system promotes governmental stability because a single party can win a majority in the parliament and govern. On the other hand, in a multiparty country, the formation of a government depends on the maintenance of a coalition of parties with enough total strength to form a parliamentary majority. A country’s multiparty system usually causes political instability, corruption and divergent growth of interests.

So, in conclusion, the stability shown by the government of the United States should not be credited entirely to its party system, but also because of its fixed tenure and strong constitutional position of the president.