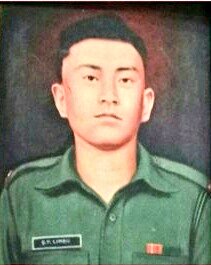 China and India have been at odds for a very long time. These fights have been across the border be it at Arunachal Pradesh or Sikkim or north-eastern Kashmir. The LAC or Line of Actual Control is the line which demarcates the border between India controlled territory and China-controlled territory. Recently there was a skirmish along the border in Kashmir at the other end of Pangong Lake. The fight started on 5th May when large numbers of Chinese troops flooded the Galwan River Valley. This area was controlled by the Indian army and India accused China of violating their sovereignty.

On the 16th of June, the Chinese engaged in hand-to-hand combat with the Indian army and 20 Indian soldiers along with an unknown number of Chinese soldiers were killed in battle. Both countries have been at a stand-off since and neither is willing to back down.

The one thing which people often forget are the brave martyrs who have given their service to this country. This applies not only to this battle but to countless others.

Recently I read about a battle in 1967 in Sikkim. The Chinese were trying to infiltrate into Indian controlled territory at the Cho La pass in Sikkim and the troops over there got into a bloody battle. One brave soldier, Rifleman Devi Prasad Limbu, was fighting in the battle. He was a young, jovial fellow who hailed from the hills of Nepal. Devi Prasad had been fighting along his commanding officer Lance Naik Krishna Bahadur. Unfortunately, when Krishna Bahadur got shot by a light machine gun, Devi Prasad rushed into battle with his khukri (small dagger). Accounts of other soldiers say that he moved like lightning as he swung his dagger in fearsome hand-to-hand combat. Eventually he was able to sever the heads of 5 Chinese soldiers before being shot. For his courage he was awarded with the Vir Chakra. Eventually the Chinese lost 340 troops compared to 88 Indian troops.

Many brave martyrs like Devi Prasad contribute to victories like this. They stand guard every day to keep us and our families safe. We must recognize these people and the tough things they do to let us fearlessly sleep at night.