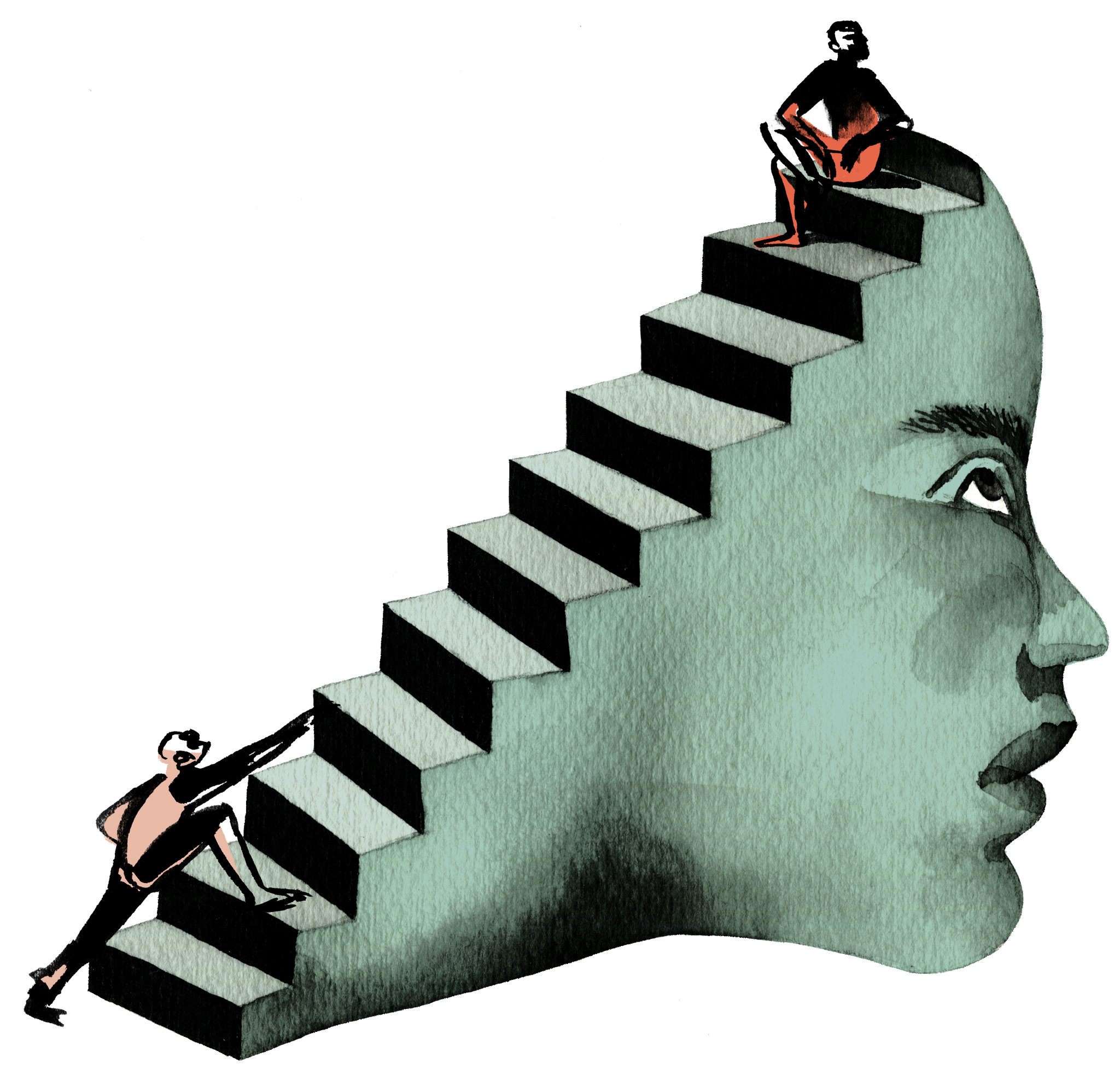 Raj and Rohan were classmates. Raj stood first in the class while Rohan stood third. Both of them were bright and obedient. Moreover, they were very friendly and cheerful. The teachers as well as the students liked them. It was English that made Rohan third in class. “If I were as good as Raj in English I would top in the merit list,” he thought. Raj used to score 98 or 99 but Rohan never scored more than 60. The teachers were full of praise for Raj but Rohan used to get scolded because of his poor performance. This gave birth to a kind of frustration and hatred in Rohan’s mind. And gradually this led to envy. Raj’s happiness and praise became a pain to Rohan. He became unhappy. ”Let’s see how Raj comes first this time!” he thought.

As the final examinations drew closer, Rohan began to think of a way and means of preventing Raj from doing well. One morning during a revision period, the English teacher asked for Raj’s notebook and showed it to the class. It was a neat and tidy notebook. Hatred and bitterness clouded Rohan’s mind.

Rohan stayed behind when the English class was over. As soon as he was alone, he quickly took Raj’s English notebook from his desk and hid it behind the cupboard. Then, he left the class unnoticed. Towards the end of the day when Raj was packing his bag, he found that his English notebook was missing. He searched the whole class for it and asked his friends if they had seen it. Rohan saw Raj searching for his notebook. Other students also helped him to find the notebook, Rohan became nervous and asked the teacher to excuse him from the class. When he returned, he found the teacher helping Raj to look through the desks and cupboards for his book. This made Rohan even more nervous. He looked pale. Somehow he gathered himself and remained cool,” What if they find the book!” he thought “Would they doubt me?” But just then the bell rang and everyone got up to go home.

Rohan on the other hand kept thinking of the notebook which he had hidden behind the cupboard in school. He made plans to get it and use it for his own studies. However, he felt guilt and was unable to concentrate on his work and his studies suffered significantly.

Soon the date of exams got closer. Everyone except Rohan seemed prepared. He struggled through his papers but when the English examination began, Rohan found himself quite lost. He was so mixed up in his mind, having read both his own and Raj’s notes that he could not give a clear answer to any question. Each time he looked up and saw Raj, he felt ashamed. When the results were announced Raj once again had come first and Rohan who was usually third, was now among the last few. He scored very poorly in English. His parents and teachers wondered and were shocked.

From that day Rohan realized that jealousy leads nowhere. He now resolved to become a better person. He had learnt the bitter truth that we cannot succeed by harming other people. His envy had cost him a heavy price.

Envy and jealousy are like a slow poison that kills one life slowly. They give rise to hatred and malice. Malice comes when there is a desire for revenge. This leads to hatred which can so influence a person that he is always wishing to cause another person’s harm. But the person with hatred in his heart always harms himself. He gets so lost in anxiety to harm the other person that he has little time to work well, to improve himself and be happy and successful. He thus gradually destroys himself.