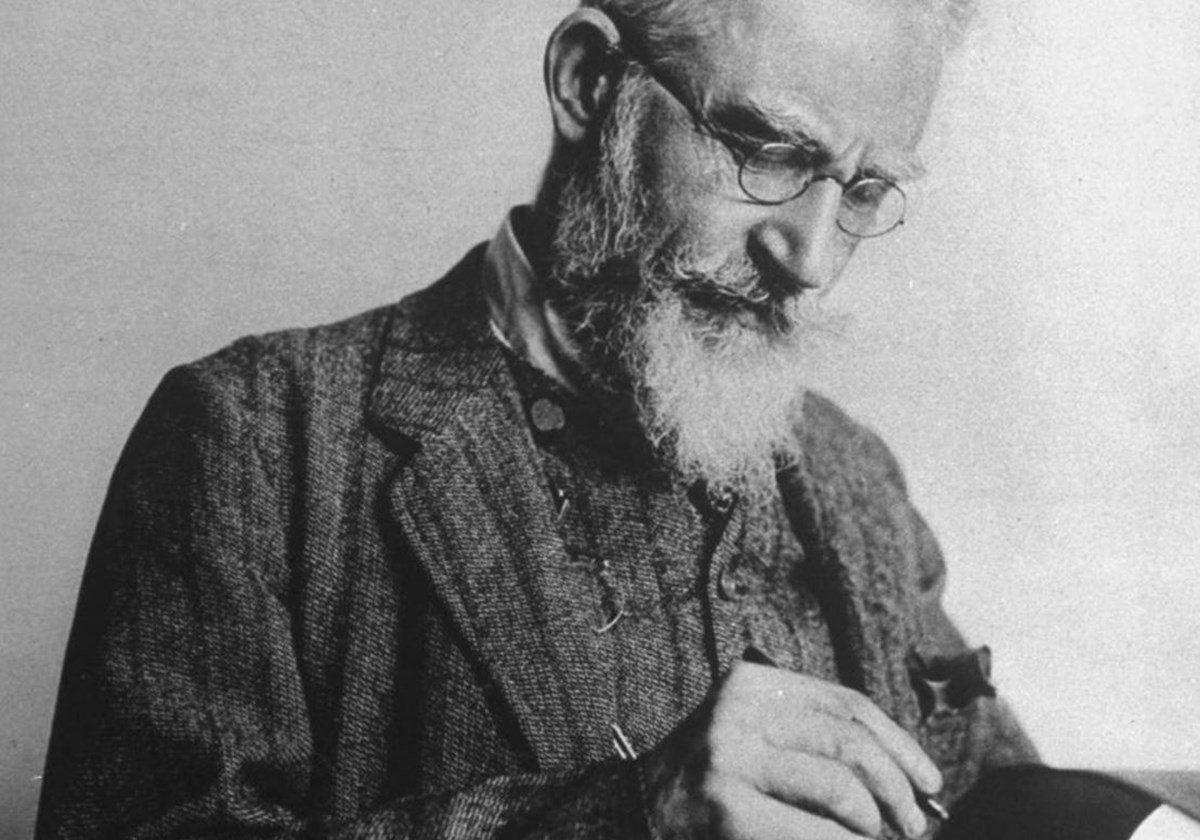 George Bernard Shaw, commonly known as Bernard Shaw, was an Anglo-Irish comic dramatist, playwright and literary critic. Born on 26 July 1856 in Ireland, Dublin, Shaw was the youngest of all his siblings and grew up in an atmosphere of poverty.
From a young age, he showed interest in music, art and literature.  Shaw attended many different schools, though by the age of sixteen he began working as a clerk and cashier for a firm of land agents. During this time, not only did he catch up on his schoolwork but also took it upon himself to visit the British Museum, both to read and write his own novels.

In 1879, Shaw wrote his first novel ‘Immaturity’, to be followed by four others, The Irrational Knot, Love Among the Artists, Cashel Byron’s Profession, and An Unsocial Socialist respectively. Despite sending all of these novels to various publishers across London, Shaw’s manuscripts were rejected by the publishers.

An anonymous reader of ‘Immaturity’ found the novel to be clever but also said that it seemed to be unattractive, emotionless and far too long. He later commented on The Irrational Knot, saying that though Shaw undoubtedly had originality in his work, the idea of the novel was absurd. On the other hand, the reader found Cashel Byron’s Profession to lack originality and further continues to say that Shaw’s work would be more appealing had he chosen a happier theme to work on.

Though originally, these novels all received similar feedback, they were later published. ‘Immaturity’ was published 50 years after it was written, in Shaw’s ‘Collected Works’ and several other novels appeared serially in the ‘Socialist’ magazine.

It was Shaw’s confidence in his own writing and conviction that he could, too, become a writer that made him rise above his failure and continue writing.

In 1884, Shaw joined the Fabian Society, whose aim was to transform England through a diverse political and intellectual base.

A year later, Shaw found himself working as a journalist, his work ranging from book reviews that appeared in the Pall Mall Gazette (1885 -1888) to brilliant musical columns in the Star (1888 – 1890).
But Shaw truly gained recognition on being recruited to the Saturday Review as a theatre critic (1895 – 1898), where he eventually began writing his own plays. Shaw’s plays did not include the conventional characters and plots that were expected by the public.

Shaw’s first plays were published in a volume titled ‘Plays Pleasant’. This volume included Arms and the Man, Candida, The Man of Destiny and You Never Can Tell. ‘Plays Pleasant’ was followed by another volume ‘Plays Unpleasant’ that contained the plays – Widowers’ Houses, The Philanderer and Mrs. Warren’s Profession. Shaw’s most famous works include Major Barbara, The Doctor’s Dilemma, Pygmalion, Androcles and the Lion and Saint Joan. In 1925, Shaw was awarded the Nobel Prize in Literature. Shaw achieved global renown as well as a great fortune. He later died at the age of 94 in 1950, while working on another play.